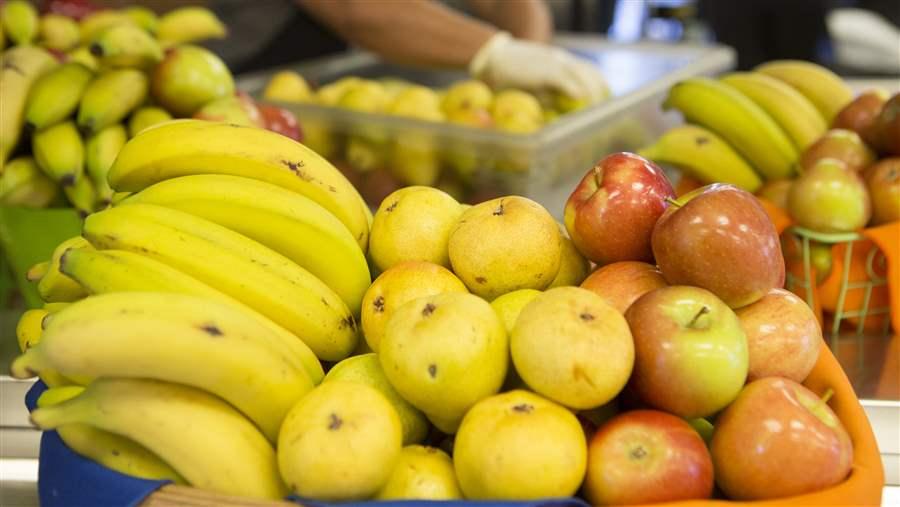 Schools that offer healthy snack options, such as apples, have seen a decrease in the amount of fat, sugar, and calories that students consume.

Most schools sell snacks and beverages to students in cafeteria a la carte lines, vending machines, or stores, and these foods can have important consequences for kids’ health. The consumption of 110 to 165 calories above recommended daily amounts—roughly the difference between an apple and a bag of chips—may be responsible for rising childhood obesity rates.

Thanks to Congress’ 2010 child nutrition law, the U.S. Department of Agriculture strengthened standards for snacks and drinks sold at school, which had not been revised since 1979. These preliminary guidelines, known as the Smart Snacks in School rule, complement the updated national standards for breakfasts and lunches that Congress also required. Together, these policies ensure that no matter where on campus children get food or drinks, their choices will provide the nutrition they need to grow up healthy.

School Snacks by the Numbers

Snacks bought at school can play a big role in kids’ diets and well-being, but until recently, many students did not have healthy food and beverage options available a la carte or in vending machines. These facts underscore the need for and support behind the USDA’s Smart Snacks in School rule.

A new study of Massachusetts schools shows that the state’s guidelines, which are similar to the USDA’s, have improved kids’ healthy snack options and spurred a 15 percent increase in lunch participation among students who qualify for reduced-price meals. The researchers also found that although snack sales declined as less nutritious items were removed, school meal programs’ overall revenue was essentially unchanged two years after the snack rule took effect.

These findings echo those of a national health impact assessment commissioned by the Kids’ Safe and Healthful Foods Project, which showed that, on average, school districts’ food service revenue and meal program participation rates stayed level or increased in states that updated their snack food and beverage nutrition policies. For example, the Cincinnati school district saw a dramatic jump in meals served after snack food and beverage standards took effect. Participation grew 64 percent in high schools and 90 percent in elementary schools, turning a budget deficit into a $4.5 million surplus.

Later this year, the USDA is expected to issue a final Smart Snacks in School rule with minor adjustments to the interim standards now in place. The evidence from Massachusetts, Cincinnati, and elsewhere makes a compelling case that strong snack nutrition standards are working for kids and schools alike. All students deserve healthy food and drink options while at school, and with the support of parents and policymakers, every district is capable of providing these choices.

How Have Children’s Options Changed Under the Smart Snacks in School Rule? 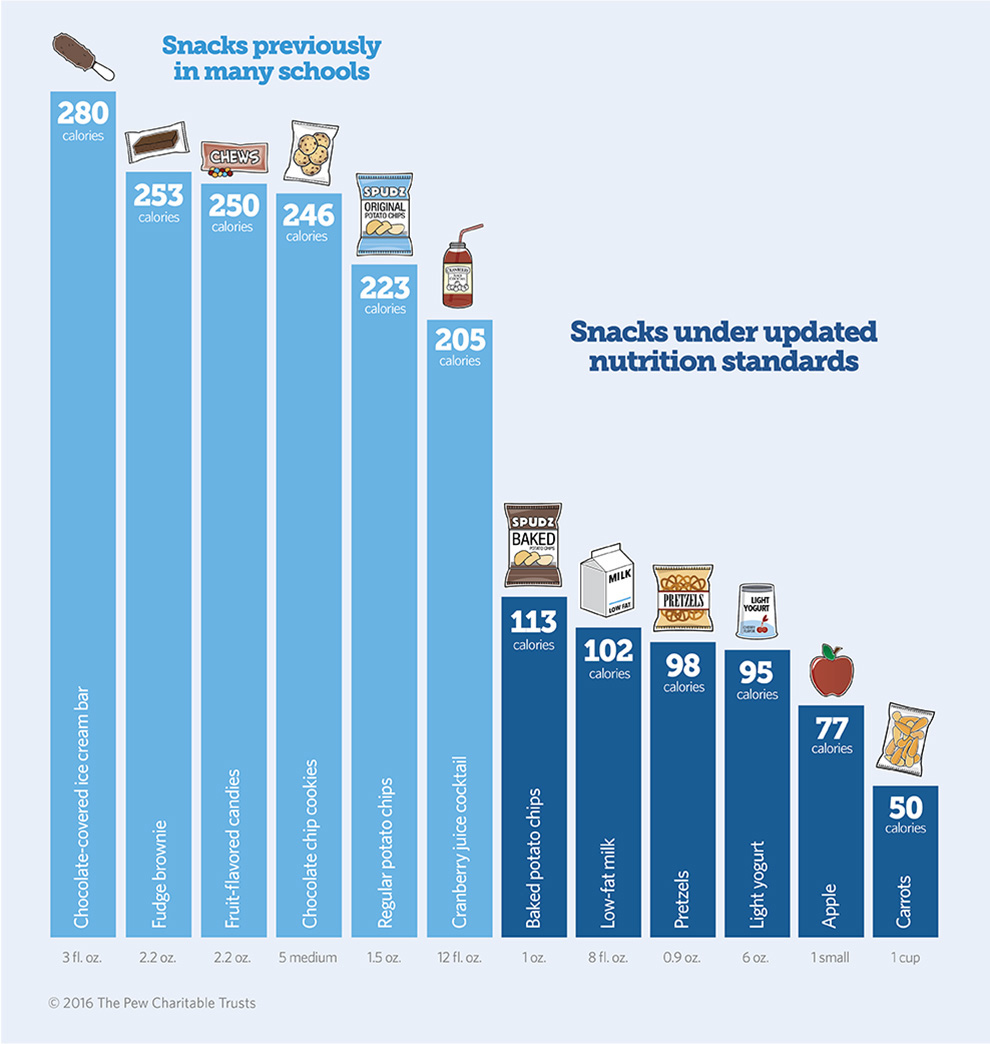