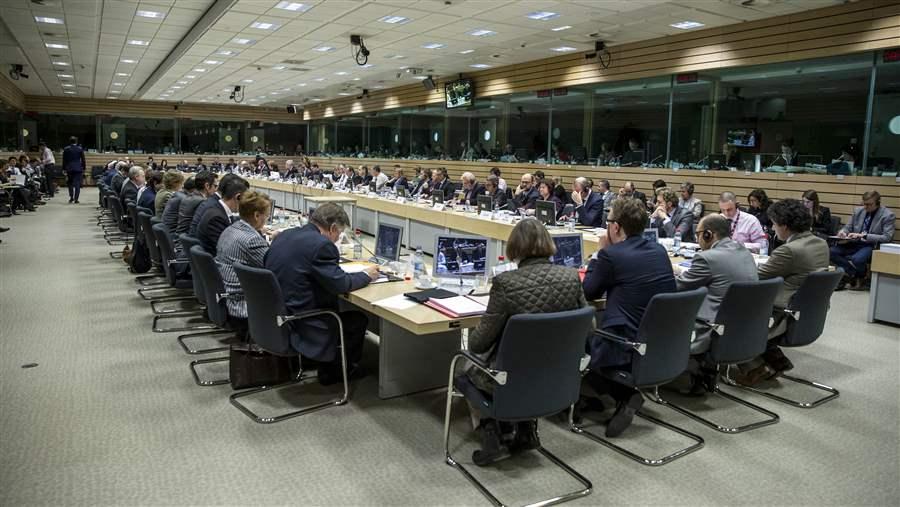 European Union fisheries ministers agreed early on Dec. 16 on fishing limits for 2016, amending the proposal made last month by the European Commission. The Commission had proposed many limits in line with scientific advice from the International Council for the Exploration of the Sea (ICES).

The good news is that ministers adopted these limits for a number of stocks. For other stocks, however, ministers exceeded the ICES advice.

The setting of EU fishing limits is carried out behind closed doors, denying the public a context for the agreement. In addition, gauging whether the limits are sustainable is difficult because the ministers this time included what are known as “top-ups” for some stocks, effectively increasing the limits to reflect the impact of the discards ban for demersal fish stocks. The increases are intended to account for the fish being landed instead of discarded, but the calculations are complex and specifics have not yet been published. Only the details of the agreement can show the extent to which ministers have made progress in reducing overfishing and implementing the reformed Common Fisheries Policy (CFP).

Under the CFP, fishing limits must be set at sustainable levels where possible, starting in 2015. Until 2020, exceptions can be made only when setting such limits would cause serious long-term social or economic harm. Even in these cases, overfishing must be ended incrementally and progressively.

In cases where ministers set limits that exceed the scientific advice, they make implementing the CFP in the next few years more difficult, so it is important that they make public the justification for these decisions.

Forthcoming proposals for multi-annual plans will help switch focus to the longer term. We look forward to supporting the Commission, Council, and European Parliament in developing and adopting these plans in 2016 to ensure effective implementation of the reformed CFP and the end of EU overfishing.