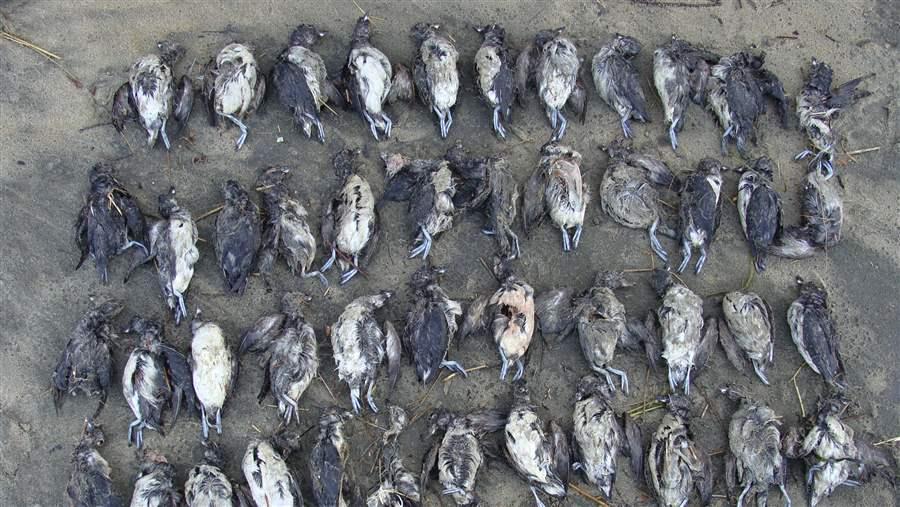 The mass die-off of Cassin’s auklets in Oregon and Washington highlights the fragility of ocean food webs.

This month, I witnessed a grim sight that has been shocking many people: one of the largest die-offs of seabirds ever recorded is happening along the Oregon and Washington coast.

I saw several small carcasses as I walked along the beach, waiting for the low tide and a chance to dig for razor clams. What I didn’t know is that the scene would grow worse on many beaches in the two states in the days to come.

According to news accounts, thousands of Cassin’s auklets appear to have starved from a lack of krill and copepods—tiny shelled creatures that dominate the diet of juvenile birds. Although the total picture remains unclear, the seabird die-off highlights the fact that the ocean food web is not static; the California Current marine ecosystem is subject to swings in the availability of even the smallest prey.

That’s why it’s good news that West Coast fishery managers are among the pioneers in adopting an ecosystem-based approach in which the big picture is taken into account to manage ocean fishing. The Pacific Fishery Management Council, which approved its first fishery ecosystem plan in 2013, is poised to take final action this March on the plan’s first concrete initiative: establishing basic conservation measures for dozens of forage fish species that form a critical middle link in the ecosystem.

Even though it won’t help the Cassin’s auklets washing up on Northwest beaches—krill and copepods aren’t covered by the initiative—the council’s action could help forestall or at least minimize the next wildlife crisis.

In fact, in a recent National Geographic article one scientist predicted that the same adverse ocean conditions now afflicting krill and copepods low on the food chain may spread this spring and summer to forage fish slightly higher up. This is why it’s so important for fishery managers to act with precaution when it comes to protecting the little species that feed seabirds, marine mammals, and bigger fish like salmon and tuna.

Right now, forage species such as saury, sand lance, and some squid are not managed or monitored, so fishing for them can begin at any time, with no accounting for the potential effect on the rest of the food web. True, these forage species aren’t yet being targeted off the West Coast. However, with ever-increasing global demand to pull forage fish out of the ocean to serve as bait or livestock feed, West Coast fishery leaders are considering a smart solution: assessing the cost to the rest of the ecosystem before allowing fishing to begin.

This proactive course has earned widespread support. Indeed, in an Oregonian article about the proposal, a leading seafood industry representative noted that “having healthy ecosystems is a goal environmental groups and fishermen agree upon.”

These little fish are a big deal, and the Pacific Fishery Management Council is on the right track when it comes to taking a precautionary approach in managing forage fish. 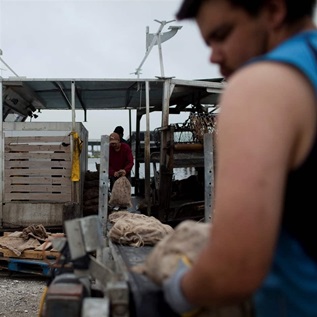