The Pew Charitable Trusts commemorated World Oceans Day on June 8 by taking a look at some of most incredible ocean environments around the globe in dire need of protection. 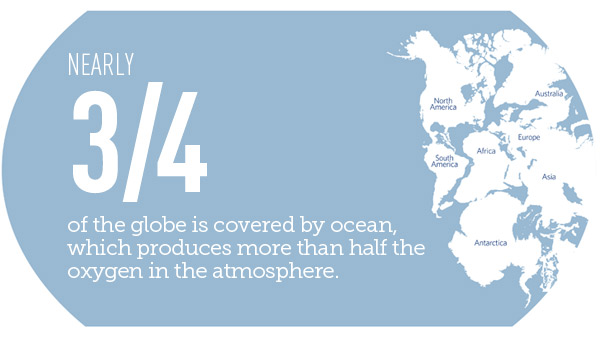 The ocean plays an essential role in sustaining life on our planet. But human activity is increasingly threatening its health. In the past half-century, populations of large predatory fish, including some species of sharks, have declined by 90 percent or more. Eighty-seven percent of the world’s fish stocks are fully exploited, overexploited, or depleted; 1 in 5 fish is caught illegally or in unreported fisheries.

Although the ocean makes up 72 percent of the Earth’s surface, less than 1 percent is protected.

But there is hope.

Research shows that large, fully protected marine reserves are key to rebuilding species abundance and diversity and protecting the overall health of our marine environment. Pew's Global Ocean Legacy team is working to create these great parks of the sea in some of the most biologically important places in the world. Here are 10 sites that need our help. 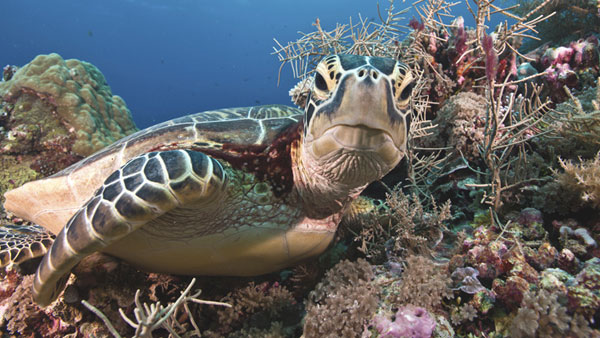 Palau, an archipelago composed of more than 250 islands in the western Pacific Ocean, is known around the world for its healthy and incredibly diverse marine ecosystem. The waters around the country cover 231,661 square miles (600,000 square kilometers)—an area the size of France. Those nutrient-rich waters are home to more than 1,300 species of fish and 700 species of coral, including a variety of sharks, turtles, manta rays, dugongs and tropical fish. It is said that Palau has more species of marine life than any other region of similar size on Earth. 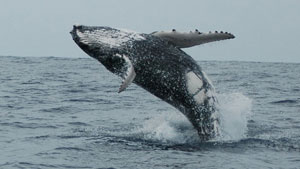 The Kermadec region, a remote and rarely visited area between New Zealand’s North Island and Tonga, includes some of the most geographically active and biologically unusual features on Earth. Extending in places to a depth of more than 6.2 miles (10 kilometers), the Kermadec-Tonga Trench is the deepest in the Southern Hemisphere and five times deeper than the Grand Canyon. The waters are teeming with birds, whales, dolphins, fish, turtles, and other unique sea creatures, many of which exist only there. It provides important habitat for deep-diving mammals such as sperm whales. Half of the known beaked whales—at least 10 species—are thought to inhabit the area, perhaps the world’s richest habitat for these rare and elusive animals. 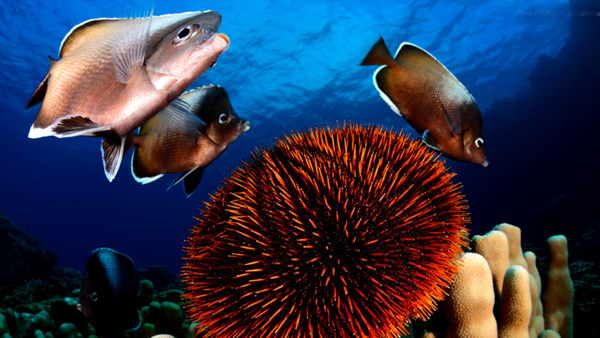 Easter Island’s waters are said to be some of the most unique in the world. Located in the southern Pacific Ocean approximately 2,500 miles (4,000 kilometers) west of Chile, the area is a vitally important spawning ground for many species, including tunas, sharks, marlins and swordfish. There are 142 species found nowhere else on Earth and 27 threatened species are on the International Union for Conservation of Nature’s Red List, including the loggerhead turtle and blue whale and the critically endangered southern bluefin tuna. 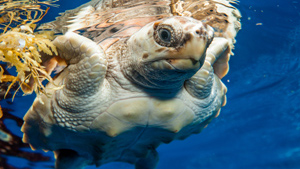 Bermuda, an island in the North Atlantic, sits within the ecologically important Sargasso Sea—a unique marine environment half the size of the United States. The Sargasso is the only sea in the world bordered not by land but by a vortex of swirling ocean currents. Vast mats of seaweed protect a unique community of life.

On the surface, these mats of Sargassum are home to several bird species that roost on the seaweed. Below, more than 100 species of fish and 145 species of invertebrates rely on this seaweed for protection, breeding and food. The IUCN considers 36 species threatened, including the oceanic white tip shark and blue whale. And of the five species of turtles found here, two are considered endangered: the loggerhead and green turtles. The region is also an important breeding zone for millions of eels that travel thousands of miles from rivers in Europe and North American to reproduce within the Sargasso Sea. 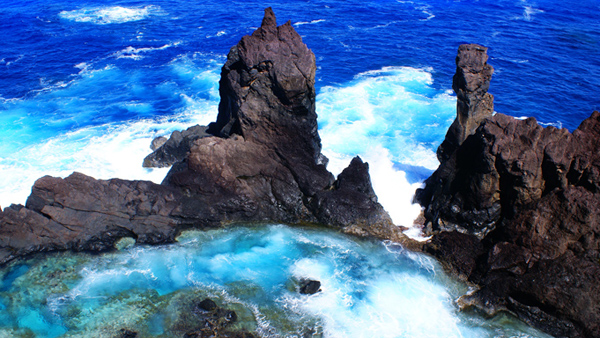 The Pitcairn Islands, a British overseas territory located in the remote central South Pacific, consists of four small islands yet has a vast Exclusive Economic Zone of more than 309,000 square miles (800,000 square kilometers). Within these waters lies one of the best-preserved ecosystems on the planet—a complex community of hard and soft corals that are home to 1,249 marine species, including 365 species of fish, 22 species of whales and dolphins and two species of turtles. It is also home to two of the most southerly coral atolls in the world and the deepest, most well developed tropical coral reef. 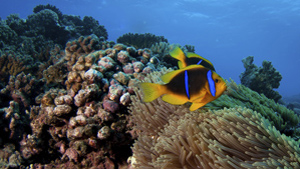 The waters around French Polynesia, a French overseas territory consisting of five archipelagos in the South Pacific Ocean, comprise the world’s largest contiguous exclusive economic zone. At 1.9 million square miles (5 million square kilometers), the territory’s waters span an area as large as the landmass of the European Union. These vast and healthy waters are home to 21 species of sharks and an exceptional coral reef system that supports 176 coral and 1,024 fish species.

New Caledonia, a French overseas territory in the South Pacific Ocean, is home to an incredible array of marine life, including more than 1,700 fish and 473 coral species. The waters of the territory’s exclusive economic zone span 463,323 square miles (1.2 million square kilometers), within which lies one of the world’s largest lagoons. 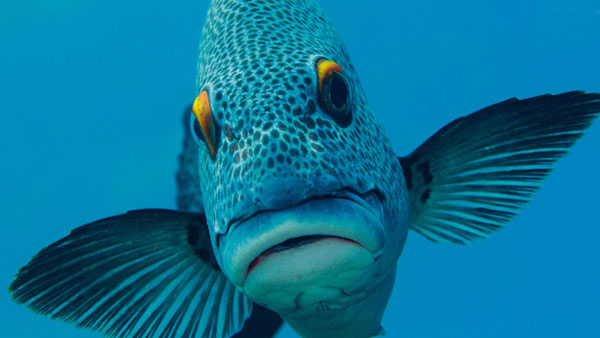 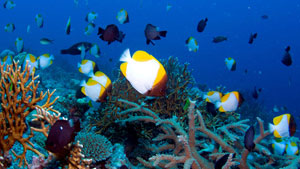 Australia’s Coral Sea, located east of the world-renowned Great Barrier Reef, made history in 2012 after its designation as the world’s second-largest highly protected marine reserve. At more than 193,000 square miles (500,000 square kilometers), the Coral Sea Marine National Park will safeguard critically important marine life such as whales, sea turtles, sharks, and coral reefs. The Australian government is reviewing the protective zoning for the Coral Sea marine park and the other marine parks that form its recently established national network.

The waters of the Tristan da Cunha archipelago are vast, covering an area about three times the size of the mainland of the United Kingdom. These waters are relatively unspoiled and are vitally important for fish species, birds, whales, and seals. A British overseas territory, the islands’ remote location in the South Atlantic Ocean means that a large number of species are found nowhere else on the planet. Tristan’s waters form the feeding ground not only for the Tristan and Atlantic yellow-nosed albatross but also for the critically endangered spectacled petrel, whose population has diminished to just 10,000 breeding pairs, all living on the archipelago’s aptly named Inaccessible Island. Tristan’s islands are also home to 80 percent of the subantarctic fur seal population and to important populations of southern elephant seals. Nearly all of the world’s northern rockhopper penguins also live here. 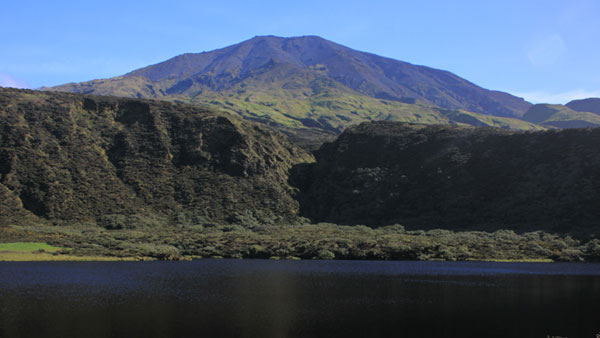 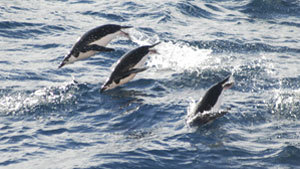 South Georgia and the South Sandwich Islands, a British overseas territory, are located more than 1,050 miles (2,700 kilometers) from the southern tip of South America in a remote expanse of the South Atlantic Ocean. Forming part of the Antarctic ecosystem, the rich waters are full of plankton and krill, which support one of the largest and most varied populations of seabirds and marine mammals on Earth. Overall, they have a higher diversity of species than the more temperate Galapagos Islands. The islands provide habitat for more than 4 million Antarctic fur seals—more than 95 percent of the world’s population—and more than half of the world’s southern elephant seals. Sperm, humpback, and other whale species are also frequently seen in the islands’ waters. There are also more than 100 million seabirds, including vast numbers of penguins, albatross, and petrels. Zavodovski Island in the South Sandwich Islands has more than 1 million chinstrap penguins, the largest colony in the world.