Matt Rand joined Pew as director of what is now the Pew Bertarelli Ocean Legacy Project in 2013. He works with local communities, governments, and scientists around the world to protect and conserve some of the Earth’s most important and unspoiled marine environments.

Tom Swanson serves as a project director for the Pew Bertarelli Ocean Legacy Project, developing and implementing its strategic vision to protect and conserve important marine environments by increasing the number of fully protected parks in the sea from nine to 15 by 2022.

Andrea Kavanagh directs Pew’s efforts to protect Antarctica’s Southern Ocean, one of the world’s last great wilderness areas, including frigid waters with species found nowhere else and millions of penguins that depend on krill and other forage food.

Johnny Briggs serves as a senior officer with the Pew Bertarelli Ocean Legacy Project, working to create large, highly protected marine reserves in the waters of the U.K. Overseas Territories.

Ashleigh Cirilla is a senior manager with the Pew Bertarelli Ocean Legacy Project. She works with the team’s in-country staff and contractors to develop and advance campaign strategies and provides program support for all campaign sites.

Jérôme Petit directs the Pew Bertarelli Ocean Legacy Project in French Polynesia. He has a decade of technical and political experience in international biodiversity governance.

Jen Sawada is a manager for the Pew Bertarelli Ocean Legacy Project’s providing strategic guidance and project management support for campaigns across Latin America and the Pacific.

Aline Schaffar is an officer with the Pew Bertarelli Ocean Legacy Project in New Caledonia. She has been a consultant in marine biology, studying humpback whales, marine mammals, and turtles, and has published a wide range of scientific articles and reports. Schaffar holds a master’s degree in zoology.

Donatien Tanret is an officer with the Pew Bertarelli Ocean Legacy Project in French Polynesia. He has developed numerous environmental assessments and management plans, which contributed to development and establishment of nature conservation areas across French Polynesia. Tanret holds master’s degrees in environmental sciences and geography.

Luis Villanueva is an officer within the Pew Bertarelli Ocean Legacy Project, for which he crafts strategy and manages new campaigns with a focus on Latin America. In 2017, he was part of the team that partnered with Mexico’s government to create the Revillagigedo Archipelago National Park, a fully protected marine reserve that is the largest in North America.

Before joining Pew, Villanueva led collaborative marine conservation initiatives in the Gulf of Mexico, including a Tri-National Initiative for Shark Conservation project to promote shark sustainability by the United States, Mexico, and Cuba. He also served as senior negotiator for the organizing team of the Conference of the Parties 13, the governing body of the United Nations Convention on Biological Diversity, and as a consultant within the World Bank’s Latin America region.

He holds a Bachelor of Arts in economics from ITAM in Mexico, a Master of Law and Economics from Erasmus University in the Netherlands, and a Master in Public Administration from Harvard University.

Katie Gray is a senior associate with the Pew Bertarelli Ocean Legacy Project, working to secure large, highly protected marine reserves in the waters of U.K. Overseas Territories. Since joining Pew in 2014, Gray has supported successful campaigns to protect the Pitcairn Islands, Ascension Island, and parts of South Georgia and the South Sandwich Islands. Her role also includes coordinating the activities of the project’s science advisory board, and she has been an active member of the Great British Oceans coalition for more than five years.

Before coming to Pew, Gray worked at Dow Jones as an assistant to the Wall Street Journal Europe and Financial News editors and their teams. Gray began her career as an office manager at a central London policy, research, and grant management consultancy.

Prior to joining Pew, Michaelides worked in state government and at national nonprofit groups to develop programs and partnerships addressing science, conservation, and restoration needs in U.S. coastal and marine waters. She is also a former Florida Sea Grant fellow.

Michaelides holds a bachelor’s degree in marine biology from Auburn University and a master’s in marine affairs and policy from the University of Miami. 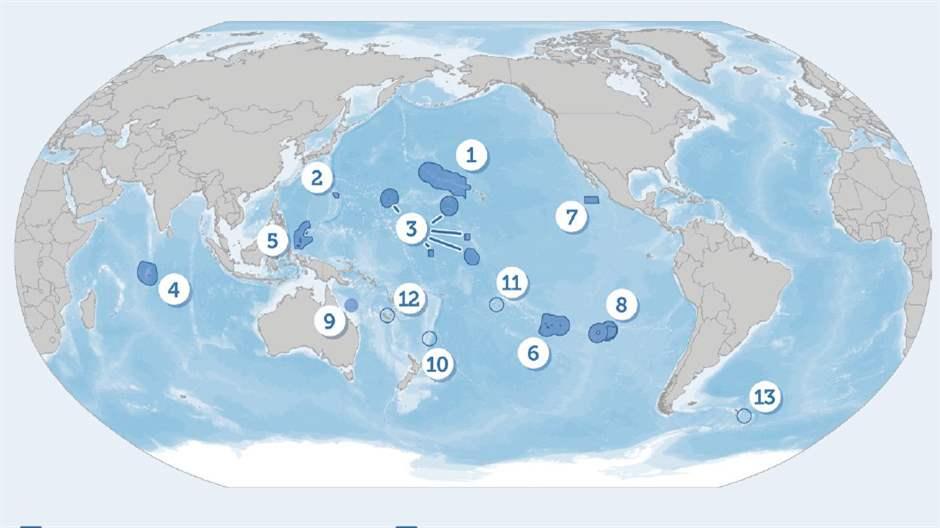