Satellite tracking is a useful way to obtain information about migratory marine mammals. By gathering data on belugas’ day-to-day movements and seasonal migration patterns, scientists can better understand how the whales use their habitat, determine which areas are critical, and monitor how they move between regions. 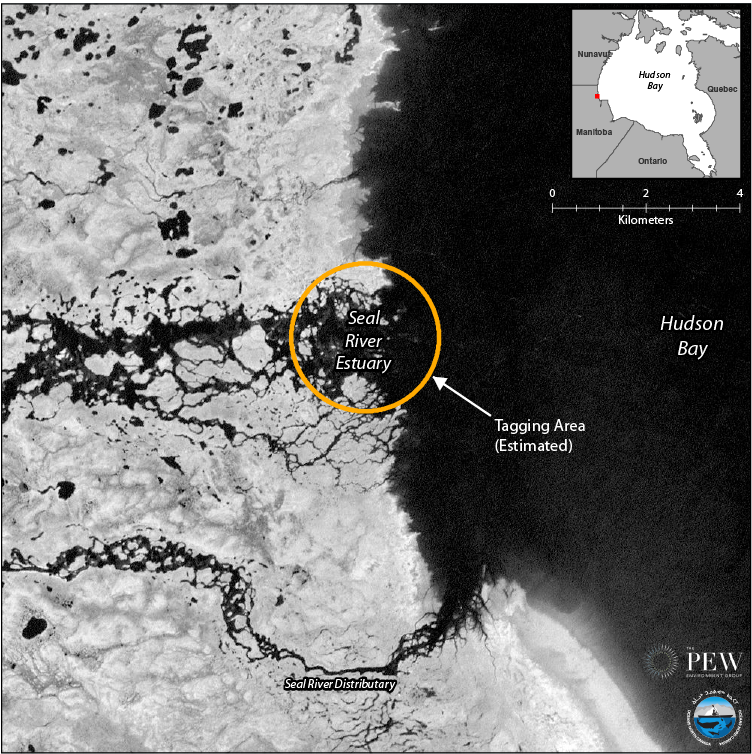 How was this summer’s beluga tagging done?

For this project, scientists established a base of operations at the mouth of the Seal River. In the estuary, the nine-member team searched for beluga whales that were herded into shallow water of less than two metres.

One of two techniques, hoop netting or seine netting, was used to temporarily restrain the beluga. A hoop net is a circular net that is placed around the animal’s head. A seine net is a large mesh net that is used to encircle one or two belugas. Once restrained, a whale was either held in a specially designed harness or brought into shallow water so that its back (or dorsal ridge) was exposed to allow the attachment of a satellite transmitter. These methods of capturing and handling belugas have been approved by Fisheries and Oceans Canada’s Animal Care Committee. 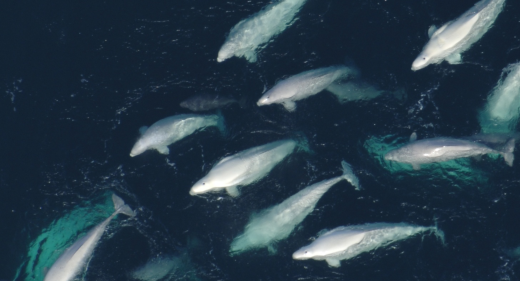 The whales were restrained for 20 to 40 minutes. That is a long enough time to attach the transmitter and take a number of measurements, including total length, fluke width, approximate age and sex. A small skin sample was also collected for genetic analysis. A total of six whales were tagged by the team.

Data collected by the tags is being transmitted to NOAA satellites and downloaded to a receiving station daily. The information includes the latitude and longitude of each whale, how much time is spent at specific depths in the water column, and diving depths.

Due to the high density of polar bears in this area, the team was unable to camp safely at the estuary. The team traveled from a lodge on the Seal River to the estuary in two inflatable boats and a jet boat each day, following the whales as tides and conditions allowed.