The Hudson Bay system is the world’s largest northern inland sea, stretching across Hudson Bay to James Bay, Ungava Bay, the Foxe Basin and Hudson Strait. A large estuary system, Hudson Bay is shallow, low in salinity, and, like the Arctic Ocean, strongly influenced by ice. Rivers carrying 30 percent of Canada’s surface runoff from five provinces and Nunavut bring nutrients into the saltwater deltas and create a biologically rich ecosystem.

As a result, these shorelines have been occupied for thousands of years by indigenous peoples, including the Thule, Inuit, Dene, Chipewyan, and Cree. More than 30 Inuit and First Nations communities dot the coast of Hudson Bay with a total population of about 30,000 people. From Churchill to Rankin Inlet to Puvirnituq, many families continue to rely on the water systems of this region for transportation and as a source of the country food that forms a crucial part of local diets and a link to traditional knowledge and practices. 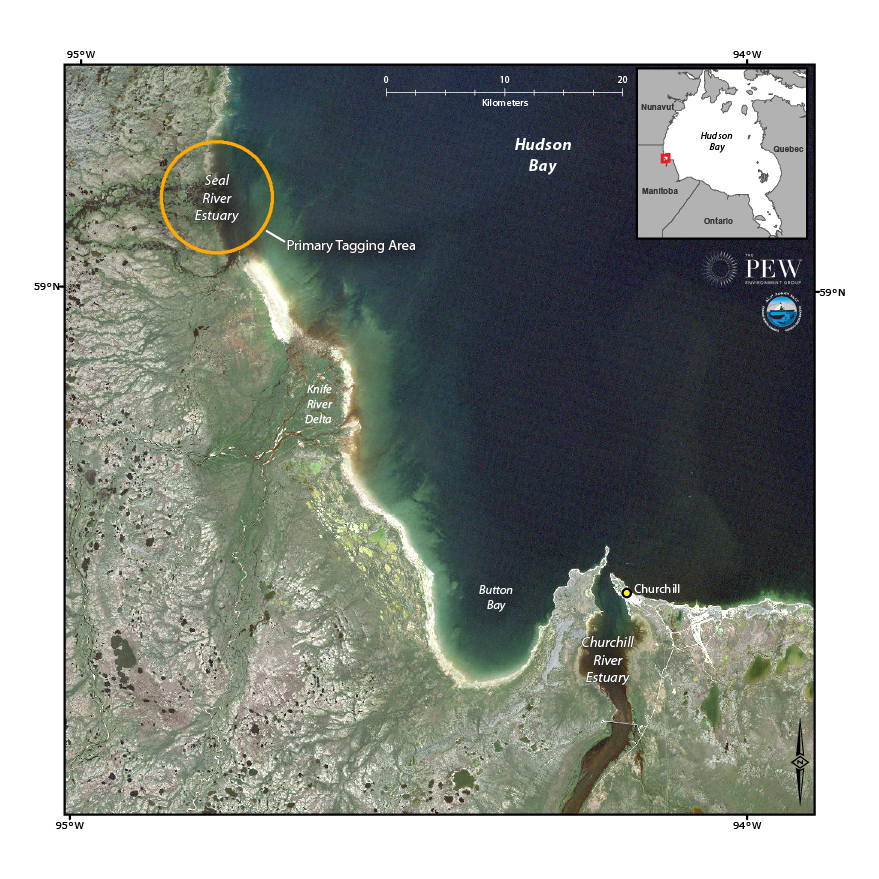 Studying a small estuary ecosystem within Hudson Bay can be compared to looking at a microcosm of the Arctic Ocean. Since very little is known about Arctic estuaries, baseline monitoring is the first step towards understanding these complex habitats.

“These Arctic deltas provide critically important habitat for large concentrations of internationally important migratory species. The sea ice supports seals upon which the polar bear depend; literally millions of geese and shorebirds feed and/or breed in the vast coastal salt marshes; productive eelgrass beds provide food for multitudes of waterfowl on their way to and from breeding habitat in the Arctic Islands; and the large estuaries provide vital habitat for anadromous fishes and beluga whales. Indeed, the number of belugas in the area of the Nelson River estuary is the largest single concentration of belugas in the world.” (Stewart and Lockhart 2004) In northern Manitoba, Hudson Bay is fed by four major river systems: the Churchill, Seal, Nelson, and Hayes. The estuaries of these rivers are home to large populations of waterfowl, marine mammals, and fish. An estimated 57,000 beluga whales return to the Churchill, Seal, and Nelson estuaries each summer. Other marine mammals that use this region include seals (ringed, harbour, and harp), walrus, polar bears, and a small population of bowhead whales. An estimated 175 species of birds can also be found in these deltas. Approximately 60 species of fish inhabit the estuaries and waters of Hudson Bay, including arctic char, whitefish, arctic cod, and capelin. No commercial fishing takes place, and fish are a key part of the food chain for the entire greater Hudson Bay ecosystem.

The estuaries of northern Manitoba provide a critical feeding station for birds at the end of their great migration to the top of the North American flyway. Waterfowl thrive here despite difficult weather conditions and brief summers in which to raise young before flying south again. The vast salt marshes and eelgrass meadows provide vast habitats for nesting and feeding and some protection from their many predators, including arctic foxes, polar bears, ravens, gulls, and jaegers.

These shallow estuaries provide a refuge for migrating wildlife to feed, molt, and rest and are increasingly important as protection from predators that have increased their range due to receding ice. The estuaries provide food sources and nutrients for belugas, harbor seals, black scoters, and other species. By studying these remote areas, more can be learned about the Arctic’s changing ecosystem. 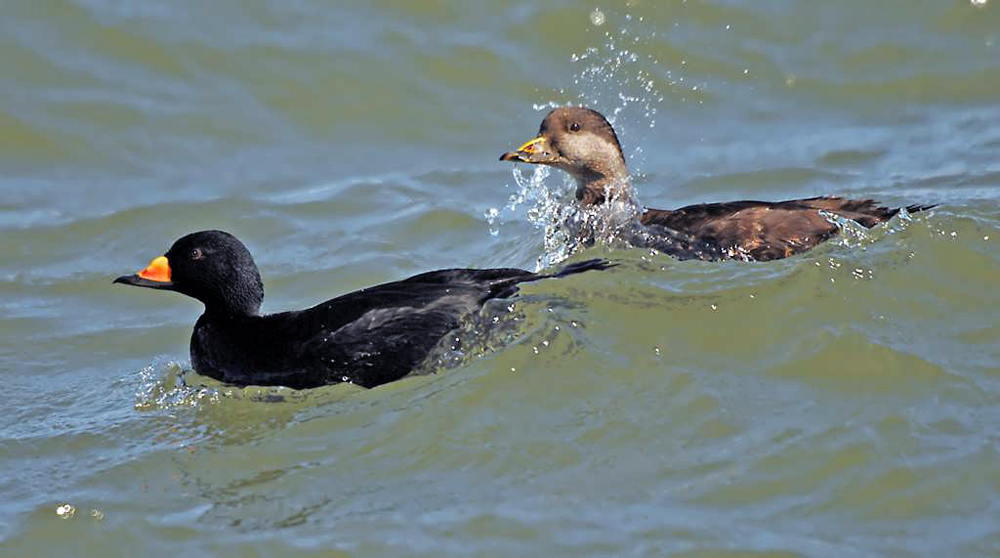 The Seal River Estuary is globally significant for migrating black scoters, attracting 2,000 or more on peak spring days. Black scoters are large sea ducks best known for their striking black plumage and loud, melodious whistling. Like all sea duck species, they dive for food and can swallow it whole. Scoters use their powerful gizzard muscles to crush what they eat. Their diet includes clams, snails, mussels, limpets, barnacles, aquatic insects, and vegetation.

Black scoters travel farther from the Arctic than any sea duck, flying as far south as Georgia and Florida. Perhaps due to their vast migratory range, they are the least studied of North America’s sea ducks. There are two types of black scoters—eastern and western. The Seal River is visited by the eastern scoters that breed in northern Quebec and west of Hudson/James bays and stage in James Bay, the St. Lawrence estuary, and the coast of Newfoundland. Western scoters live in Alaska, where the population has declined by almost 50 percent since the 1950s. The number of eastern scoters in the Atlantic flyway gradually decreased between 1954 and 1994. Black scoters face ongoing threats as they migrate from the Arctic to southern wintering areas. These include oil spills, contaminants, hunting, ship traffic, offshore energy and habitat destruction due to mining, hydrologic projects, dredging, and sea-level rise.

The estuaries of Hudson Bay are undergoing rapid ecological changes due to melting ice, altered river flows, and increased industrial impacts. Yet very little of this inland sea is protected from threats to its marine biodiversity. In 2010, the Quebec Cree established a protected area in the Eeyou Marine Region along the James Bay coast. The Churchill/Seal/Nelson rivers region has been selected by Parks Canada as the preferred site for a national marine conservation area.

Canada has made a commitment to protecting 10 percent of its marine coastal waters by 2020; it is not yet at 1 percent. The challenges posed by climate change and other human impacts mean that protecting marine ecosystems such as the Hudson Bay estuaries are crucial to safeguarding the country’s rich natural heritage.