Fleets of large factory processors range the world for protein sources. For example, factory trawlers from east Asian ports travel 12,000 kilometers (7,500 miles) to catch krill near Antarctica. Yet international waters of the Central Arctic Ocean that were ice-free in September 2012 are only 8,000 kilometers (5,000 miles) from those ports. Without a new international fisheries agreement for the Central Arctic Ocean, there are no legal impediments to fishing there. 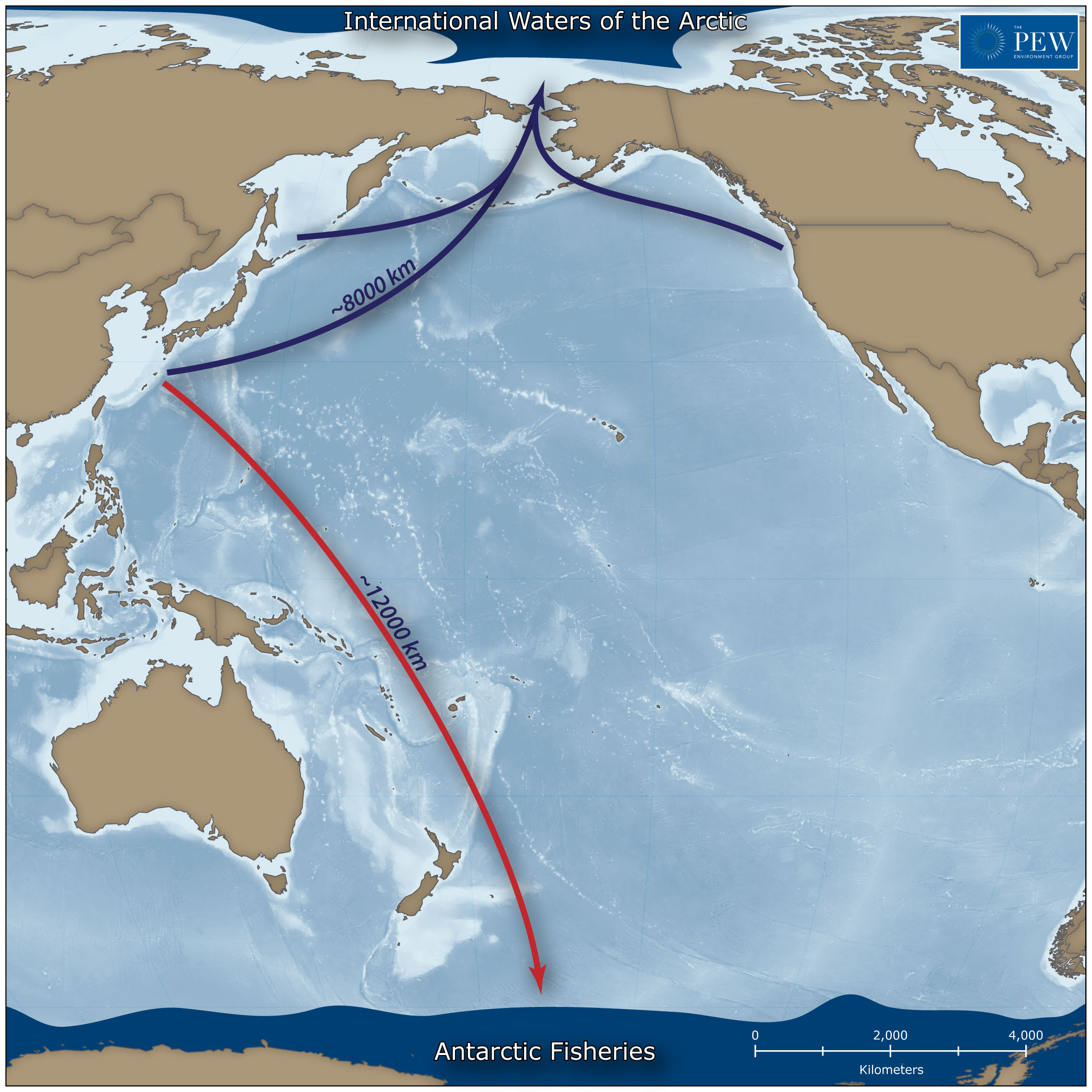 Roughly 40 percent of the region that was ice-free in 2012 consisted of continental shelves, margins and ridges where fish are likely to be found and where species from sub-polar seas may shift. 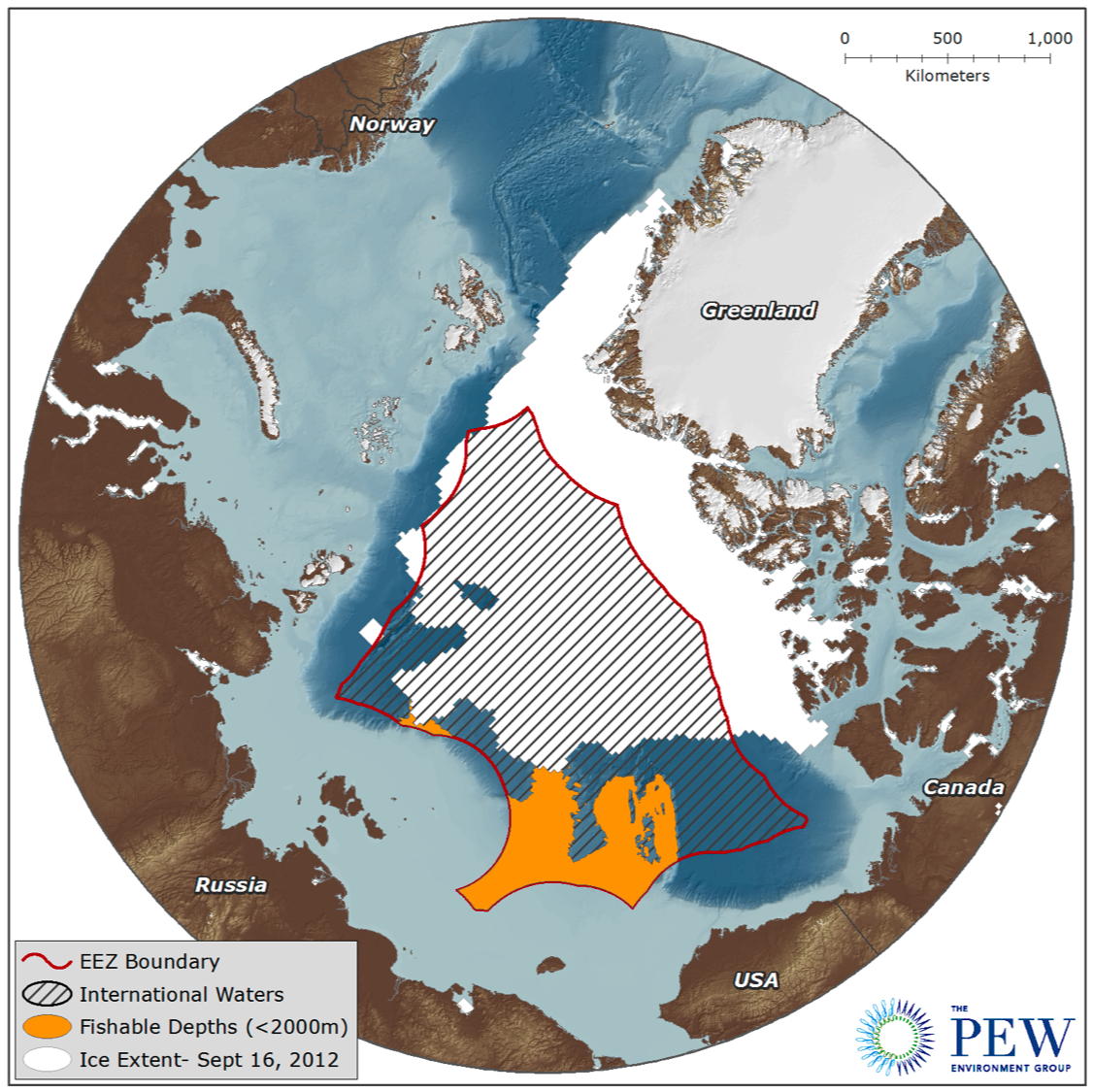 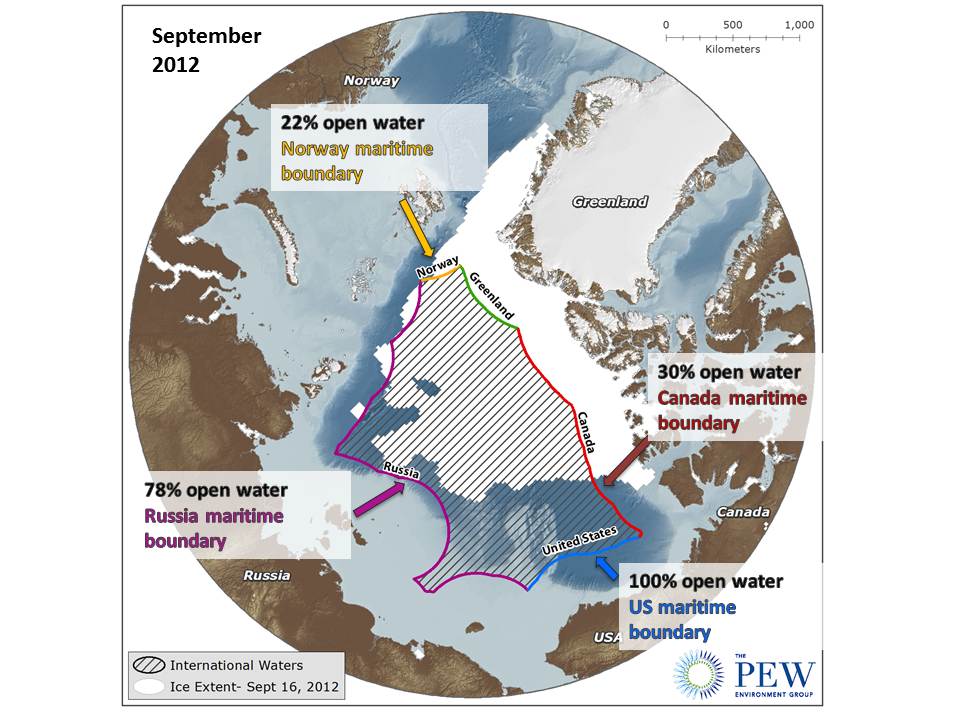