Los Angeles, CA - “Hidden or unexpected fees” were cited as the number one reason Greater Los Angeles' working poor – those who are employed yet remain in relative poverty– closed bank accounts in the past year, surpassing job loss or lack of money, according to a survey of predominately Hispanic, low-income households released by the Pew Health Group's Safe Banking Opportunities Project.

The report, Slipping Behind: Low-Income Los Angeles Households Drift Further From the Financial Mainstream (PDF), finds the ranks of the “unbanked”— those without checking or savings accounts – increased, with more families closing bank accounts (13 percent) than opening them (8 percent) last year. The study notes a safe, affordable bank account enables families to save money securely, pay bills and better plan for their future financial needs. Among the reasons survey participants cite for leaving banks were unexpected or unexplained fees (32 percent), followed by job loss or lack of funds (27 percent).

“In today's economy, where every penny counts, more needs to be done to bring low-income families into the financial mainstream,” said Susan Weinstock, project director at the Pew Health Group. “This data points to a real need for banks to better disclose their fees in a concise, easy-to-understand format.”

The report notes those who live without a bank account expose themselves to risks of theft of unsecured cash and high costs associated with alternative financial services (AFS) providers, such as check-cashing operations. Pew's data show that low-income respondents who left banking in the past year either conduct business entirely in cash (59 percent) or rely on both cash transactions and check-cashing institutions (26 percent).

The project also finds that some banked customers favor AFS providers over banks because they offer a suite of products (e.g. money orders, check-cashing and bill-paying services) and because deposited checks are quickly processed, providing faster access to cash. These factors draw many away from banks, despite respondents ranking banks higher than AFS providers in customer service (79 percent) and offering more convenient locations (59 percent).

Other key findings from the report:

“Slipping Behind” builds on Pew's 2010 report, Unbanked by Choice, which examined the types of services used by low-income households in Greater Los Angeles and the factors that affected their participation in the financial marketplace. This study analyzed the financial progression from 2009 to 2010 of these families, including 1,000 households with at least one bank account and 1,000 households with no bank accounts.

“The Consumer Financial Protection Bureau can bring more families into the financial mainstream by issuing rules to make checking accounts safer and more transparent,” Weinstock continued. “The bureau can require banks to issue a one-page disclosure (PDF) of pertinent checking account information and stop the unfair practice of processing transactions from highest dollar amount to lowest dollar amount, which can lead to more overdraft fees.”

The report points to a number of opportunities for banks to capture this market share. Banks can improve the speed with which funds are made available, lower the minimum balance for opening an account and offer services that the working poor want at competitive prices. Banks can also leverage their apparent advantage in location and customer service to better appeal to this low-income population. Employers and government agencies can encourage the use of direct deposit to bank accounts. Public-private collaborations, such as the Bank on LA initiative, can also work to set safer terms for starter accounts and reach the unbanked.

Click here to read this press release in Spanish. 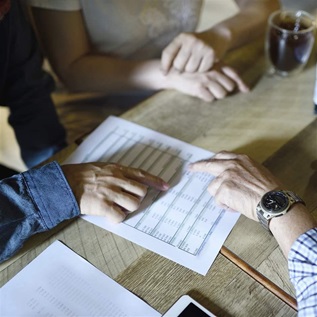 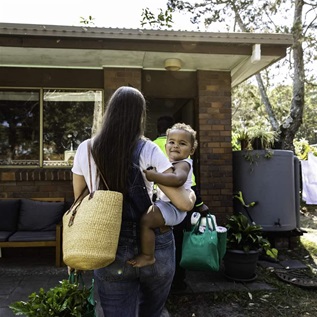