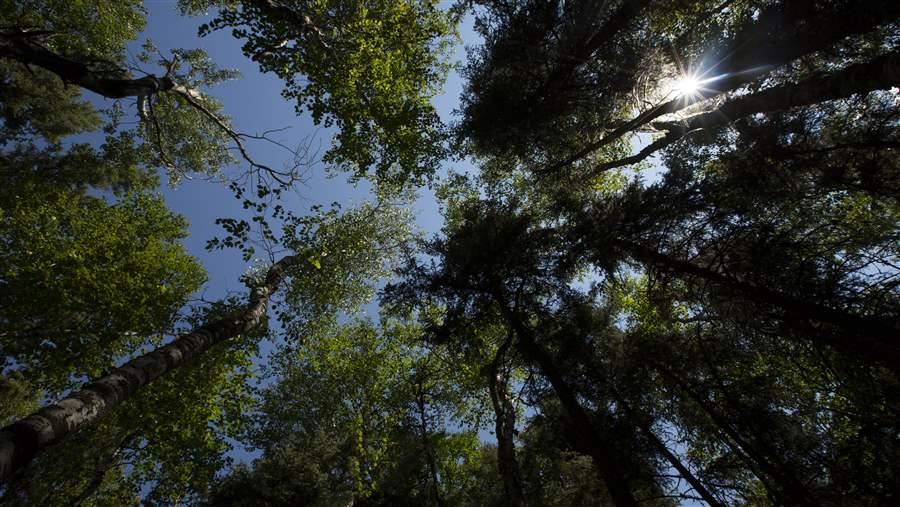 Reach for the sky: Boreal birch trees stretch toward the sun near The Pas, in northern Manitoba.

What does a billion acres of intact forest look like? It’s a question worth considering. If you were to fly over Canada’s immense boreal region—a plane ride that would take most of a business day—you could see the answer firsthand and enjoy scenery as splendid and diverse as the country itself.

In the southern boreal, dense stands of mature spruce and pine trees form an imposing canopy over the landscape. Farther north, smaller trees thin out in their gradual approach toward the Arctic tundra, revealing the austere beauty of the rocky taiga shield.

In between, the region shimmers with water—a forest of blue that includes vast stretches of wetlands and fens, as well as some of the largest freshwater lakes in the world. In the far reaches of the Northwest Territories and Yukon, the snow-capped peaks of the Mackenzie and Saint Elias ranges extend their jagged reach far above the tree line. 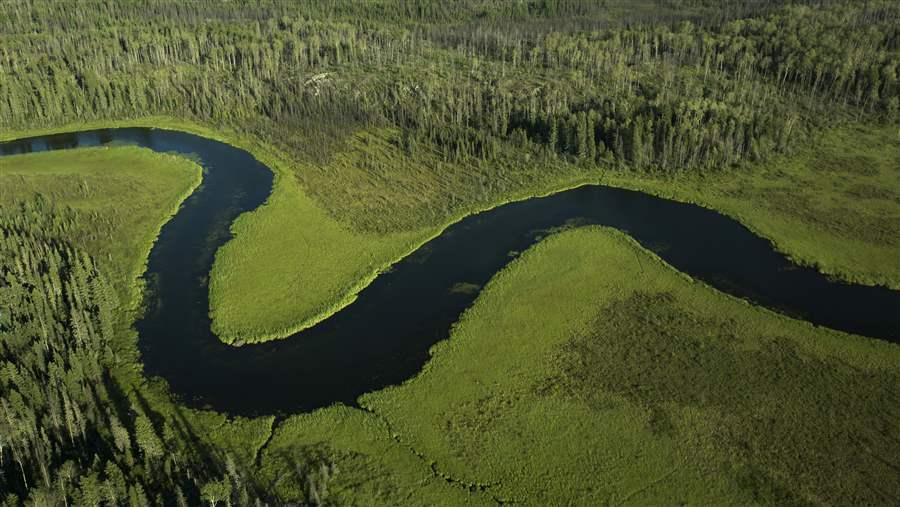 Boreal wetlands, like these in northern Manitoba, store twice as much carbon per acre as tropical forests. Canada’s boreal region contains 25 percent of the world’s wetlands.

The boreal seen from above is, in a word, breathtaking.

From the ground, the forest shows a different side. In the spring and summer, the trees and wetlands are alive with billions of migratory songbirds, shorebirds, and waterfowl that populate North America’s bird nursery, one of the most important avian breeding areas on the planet.

Grizzly bears, wolverines, lynxes, wolves—species that have lost much of their original range in North America—add to the region’s bounty of biodiversity.

Another rich treasure is locked within the soils and wetlands: enormous stores of carbon that have accumulated over millennia and play a critical role in mitigating the impacts of climate change.

But like the rest of the world’s last remaining wild places, the boreal is under constant pressure, threatened by fragmentation from increased resource exploration and industrial development, and more frequent and intense forest fires caused by warmer, drier weather. 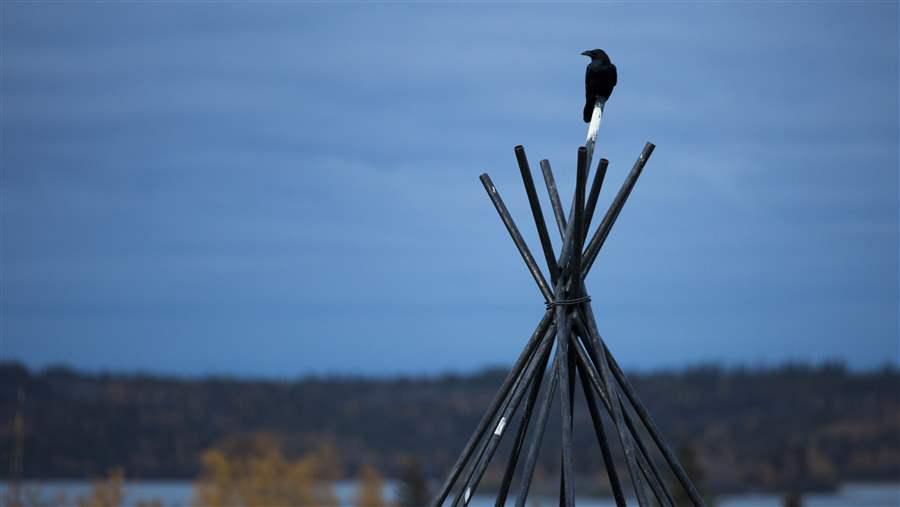 A common raven perches atop a tepee frame in Yellowknife, Northwest Territories. More than 600 indigenous communities make their homes in the boreal forest—and, through land-use planning based on traditional ecological knowledge and modern science, First Nations are emerging as leaders in efforts to balance conservation and sustainable development.

The challenges and stresses threatening the boreal are often overshadowed by the spotlight on the pace of destruction in tropical rainforests such as the Amazon.

Yet there is good news for Canada’s boreal: Efforts to ensure the ecological integrity of the region are bringing together indigenous communities, industry, conservation groups, and governments at all levels that seek a balance between environmental protection and sustainable economic development.

As the world marks the International Day of Forests on March 21, here are 16 photographs that illustrate why the boreal is special—and why its conservation is so vital to the planet.