In 2013, Rhode Island's economic development strategy reached a turning point. Policymakers were coping with the fallout of a deal gone bad: A video game company in which the state had invested heavily went out of business, leaving taxpayers on the hook for tens of millions of dollars in costs with no benefit to show for it. Facing deep fiscal challenges, Rhode Island policymakers understood that they needed to find ways to get better results from their economic development programs.

A key part of the state's multifaceted response was legislation requiring regular evaluation of economic development tax incentives. Under the law, economists in the Rhode Island Department of Revenue will study the state's tax incentives on a three-year cycle, and prepare reports for the governor's office to use to formulate policy recommendations.

This process will allow Rhode Island's lawmakers to turn evidence into concrete action on tax incentives. "This bill not only inserts more accountability in our budget and policymaking processes," said State Sen. Dan Da Ponte, a Democrat who sponsored the legislation, "but also ensures that state dollars are being channeled into incentives that are actually working to the taxpayers' advantage."

Rhode Island is not alone. Policymakers across the country are increasingly reluctant to develop tax incentive policies on the basis of anecdotes; they want hard evidence of what's working, what isn't, and how to get the best return on scarce economic development investments.

In Mississippi, the Legislature passed a law in 2014 requiring economists at the University Research Center, an office that regularly conducts economic analysis for state government, to evaluate Mississippi's incentives on a four-year cycle. Lawmakers will consider the findings in subsequent legislative hearings.

"[Tax incentives] may be working. And if they are working, all the better," State Representative Brad Mayo, a Republican who sponsored the bill, told the Mississippi Business Journal. "I'm a data man. I want to see the data and go from there."

That states as politically and economically different as Rhode Island and Mississippi both took such a step is a reflection of the growing momentum for closer study of the outcomes of tax incentives. In April 2012, The Pew Charitable Trusts released a 50-state study, "Evidence Counts: Evaluating State Tax Incentives for Jobs and Growth," which assessed the breadth and quality of state tax incentive evaluation practices. We found that several states, including Iowa, Oregon, and Washington, had schedules in place to evaluate their major incentives and that others, such as Minnesota and North Carolina, had produced rigorous studies of specific incentives.

The overall picture, however, was not encouraging. Most states were measuring the results of these key economic development programs inconsistently or superficially, if at all. Despite the significance of tax incentives for states' budgets and economies, policymakers routinely lacked the information they needed to make good decisions.

Since the start of 2012, that picture has changed dramatically. Eight states - Alaska, Florida, Indiana, Maryland, Mississippi, New Hampshire, Rhode Island, and Virginia - have approved legislation requiring regular in-depth evaluations of their major tax incentives. In every case, the bills were passed with strong bipartisan support.

Legislatures in other states, including Maine and Nebraska, are studying how best to evaluate their incentives in the future. States that were already leaders in reviewing incentives, such as Oregon and Washington, have approved legislation to strengthen their efforts.

Meanwhile, in the spring of 2014, seven states - Indiana, Louisiana, Maryland, Michigan, Oklahoma, Tennessee, and Virginia - entered into a partnership with Pew and the Center for Regional Economic Competitiveness (CREC) on a new initiative designed to help the states learn how to better collect, report, and use data on tax incentives. The project will culminate next year in the development of national standards and best practices.

"Indiana remains committed," Gov. Mike Pence said in announcing his state's participation in the initiative, "to delivering both a business-friendly climate for job creators and a high level of transparency for Hoosier taxpayers."

What policymakers in all these states understand is that reviewing tax incentives regularly and rigorously is both pro-business and pro-economic development. The question that states are trying to answer is not whether they should engage in economic development, but rather how they can ensure that their efforts are as effective as possible.

By embracing better data collection and evaluation, more states will soon be able to make similar progress. In announcing his state's participation in the Pew-CREC initiative, Virginia Gov. Terry McAuliffe said his goal was to "greatly improve the ability of decision-makers to craft policies that deliver the strongest results at the lowest possible costs."

When policymakers can do that, it's good for government, for businesses and for taxpayers.

This opinion piece was originally published on the Site Selection website. 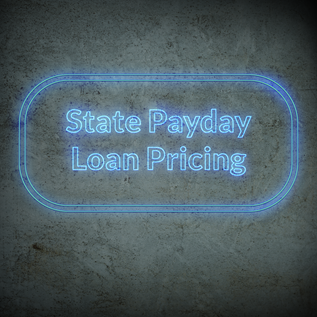 July 26, 2022 How Well Does Your State Protect Payday Loan Borrowers? 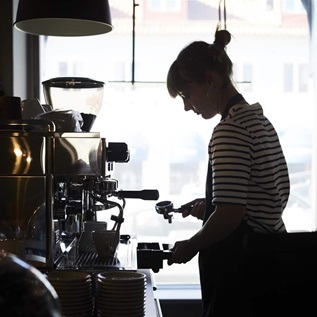