For tens of thousands of years, Indigenous peoples have lived on and cared for the unique and diverse landscapes across Australia, from the islands and sea country of the Great Barrier Reef to the vast deserts of the Outback. These are some of the most ecologically healthy lands remaining in the world, and in recent decades, the Australian government has been moving to recognize the leadership of Indigenous communities in protecting more of these areas.

In the latest example, the government in March committed to extending federal funding for the Indigenous ranger network by $US70 million per year over the next seven years. Indigenous rangers combine traditional knowledge with modern conservation training to protect and manage their land, sea, and culture.

The funding will support rangers who are managing conservation in vast areas of the Outback. Pew has long advocated for funding for Indigenous land management through a partnership with Country Needs People, an alliance of 40 Aboriginal and Torres Strait Islander organizations.

The additional funding will boost annual monies for Indigenous land management to about $90 million per year until 2028. The efforts of Pew and its partners—a coalition of Indigenous communities, scientists, conservation organizations, industry, and government agencies—have generated nearly $1.4 billion in delivered and committed funding for all terrestrial management of the Outback.

The work has helped to protect remarkable places. In October, the government announced the development of seven new Indigenous Protected Areas (IPAs) that, as proposed, would cover more than 40 million acres of culturally and ecologically rich land and sea. These areas harbor a wide array of threatened, rare, and endemic plants and animals, including sea turtles, dugongs, Gouldian finches, Arnhem shovel-nosed snakes, and many more.

Pew has long advocated for funding for Indigenous land management through a partnership with Country Needs People, an alliance of 40 Aboriginal and Torres Strait Islander organizations.

The Australian Outback is one of the few remaining large intact ecosystems in the world, and two of the proposed IPAs—on the Maralinga lands in South Australia and the Haasts Bluff region in central Australia—will extend a network of contiguous protected areas that will be bigger than Texas.

The protections are in addition to five IPAs, covering more than 34 million acres, announced in 2018 but not yet fully established, and an existing network of 75 others totaling 167 million acres. Once the 12 newest areas are completed, around 241 million acres—roughly half of Australia’s terrestrial protected areas—will be safeguarded in IPAs.

Pew seeks to safeguard the long-term success and stability of conservation programs by encouraging governments to work with those who have deep and long-standing cultural connections to the land and ocean, such as Australia’s Aboriginal and Torres Strait Islander peoples, who have cared for the country’s vast landscapes for millennia.

It’s long been a belief—as well as a narrative in science fiction and popular culture—that stress can turn a person’s hair gray. Turns out this storyline is based in fact.

Scientists have known for some time that a host of factors can lead to a loss of hair color, including immune attacks, genetic mutations, and aging, but until recently they lacked scientific evidence specifically linking stress to gray hair.

Now, in an article published in Nature in January, a team of Harvard scientists, including 2017 Pew biomedical scholar Ya-Chieh Hsu, has detailed how stress can accelerate graying by damaging the pigment-producing melanocyte stem cells of hair follicles, which transform into melanin-producing cells that give hair its color.

The researchers started with the theory that stress initiates an immune attack on melanocyte stem cells. To test it, they injected mice with a compound similar to the spicy component of chili peppers and found that it turned the mice’s fur a salt-and-pepper color and eventually gray. Experiments showed that this didn’t result from an immune system attack, however, because mice turned gray even if they lacked a compromised immune system. Next, the researchers looked at the stress hormone cortisol as the cause but ruled it out when they found that even if the mice’s adrenal glands were removed and cortisol production stopped, the mice still turned gray. So the team then decided to explore a new suspect, the sympathetic nervous system, which is responsible for a body’s fight-or-flight response.

And that’s when the scientists discovered that when mice were stressed, their sympathetic nervous systems released norepinephrine, the chemical responsible for muscle contraction, which was absorbed by melanocyte stem cells in each hair follicle. This chemical release triggered the stem cells to convert into pigment-producing melanocytes, causing a limited reservoir of stem cells to rapidly deplete. And because there are no stem cells to replenish new melanocytes, this caused the mice’s fur to turn gray.

Hsu’s team further demonstrated that acute stress affects the entire melanocyte stem cell population in humans too—findings that may ultimately help scientists better understand how stress affects the body, and how to combat its negative effects.

“This research laid critical groundwork,” says Hsu. “My hope is that we will be able to take the research even further and explore whether stress causes people to age faster.”

Philadelphia’s minimum wage has been set at $7.25 an hour—the same as the federal minimum—since 2009, and there’s been considerable public conversation in the past year on whether to raise it.

Pennsylvania lawmakers set the rate, and the city has no authority to change it. But Philadelphia voters have weighed in, overwhelmingly expressing support in a May 2019 nonbinding ballot question to raising the rate to $15, and the city government has begun a phased-in increase to that rate by 2022 for its own workers as well as city contractors.

Amid these developments, Pew’s Philadelphia research and policy initiative set out to determine how the current rate measures up against those of other major U.S. cities—and who in Philadelphia is earning it.

Comparing minimum wages in 31 large U.S. cities, the research found that a majority have higher minimums than Philadelphia’s—some substantially higher, although 14 also are set at $7.25. When the overall level of wages in each of the metropolitan areas that include those cities is taken into account, Philadelphia has what is effectively the lowest minimum of any of the cities. This is the result of Philadelphia’s low minimum, the relatively high wages paid throughout the region, and a higher cost of living than in many of the other cities with the same $7.25 hourly rate.

Census data shows that about 9% of Philadelphians—around 44,000 people—receive the minimum wage, and nearly half of those (approximately 4%, or about 21,000 people) work full time and year-round at that rate. Compared with the city’s entire workforce, a disproportionate number of minimum wage earners were young, nonwhite, or Hispanic, and were not college graduates. And 63% had jobs in one of four sectors: accommodation and food services, educational services, health care and social assistance, or retail trade.

“We always knew that no city in America had a lower minimum wage than Philadelphia’s $7.25 an hour,” says Larry Eichel, senior adviser to the Philadelphia research and policy initiative. “What was striking was documenting that, in relative terms—whether comparing cities based on cost of living or on regional median wages—Philadelphia has what is effectively the lowest minimum of any major city in the country.”

Two Indigenous Cultures Bond Over a Shared Approach to Conservation

For two decades, Australia has invested in Indigenous Protected Areas (IPAs), which are swaths of land and sea owned and managed by Indigenous Rangers and protected for their natural and cultural values.

For city governments, the budget process is never easy. But this year, the COVID-19 pandemic and resulting recession have made that work exceedingly difficult—and the pain is only just beginning. 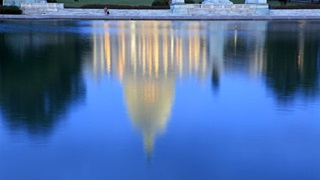