Does religion bring happiness? In the U.S. and many of the more than two dozen other countries surveyed, adults who identify with a religion and attend services at least once a month are more likely to say they are very happy than are those who say they don’t regularly participate in a religious community. These same actively religious adults also report being more civically engaged in their communities—joining groups and being more likely to vote—than the religiously unaffiliated, who do not identify with any religious group. These findings come from a report on religion’s relationship to overall well-being published in January by the Pew-Templeton Global Religious Futures Project, a partnership between the Pew Research Center and the John Templeton Foundation.

For the past decade and a half, the center, a Washington-based subsidiary of The Pew Charitable Trusts, and the foundation have collaborated to analyze religious change and its impact on societies around the globe—asking big questions and attempting to answer them using data gathered through a range of social science methods that include demographic analyses and public opinion surveys. The work aligns with one of the foundation’s primary goals—to use scientific findings and methods to inform philosophical or theological understanding—and provides a vehicle to expand the impact of its philanthropy.

Located in a suburb of Philadelphia, the Templeton Foundation was founded in 1987 by Sir John Templeton, the visionary investor who created the family of Templeton funds and who also had a deep respect for learning and belief in the centrality of spiritual life—as evidenced in the motto he created for his foundation: “How little we know, how eager to learn.” The foundation supports a range of research into some of the deepest and most profound questions humankind faces today and continues to have family members in leadership roles. Heather Templeton Dill, the current president and Sir John’s granddaughter, took the helm in 2015 after years of leadership by her father, John M. (“Jack”) Templeton Jr., who in addition to his work at the foundation was a respected pediatric surgeon.

The Pew-Templeton project aims to expand knowledge of the attitudes and demographic trends among followers of the world’s major faith groups. As explained by Alan Cooperman, the research center’s director of religion research, it is “an initiative to apply demographic methods and tools to the study of religion.” This approach dovetails nicely with Templeton’s desire to support research that advances or deepens society’s understanding of religion.

Cooperman stresses that the work often focuses on the “futures” part of the project’s name. “We’re not assuming that religion follows the same path everywhere. In some parts of the world, secularization is taking place; in other parts, religion is actually growing or being renewed. Our project’s name is meant to evoke the differing trajectories and possible paths of religions around the world.”

The research has become an important resource for U.S. diplomats headed to postings overseas and for scholars. In 2018 alone, articles in more than 1,100 scientific journals cited reports from the Pew-Templeton Global Religious Futures Project.

Faiths studied include Christianity, Islam, Hinduism, Buddhism, Judaism, and African and Chinese traditional and folk religions, and even the religiously unaffiliated. The reports produced by the project encompass three distinct areas of research: global demographic studies, surveys and other kinds of data collection, and analyses of trends in religious restrictions around the world.

The demographic information—data on such characteristics as birthrates, educational levels, gender and mortality—comes from official sources such as population registers, health surveys, and censuses undertaken by governments or government-supported agencies. Working with this information in the public domain, project researchers combine, pore over, and plumb it in new and innovative ways, allowing for unique insights and the creation of in-depth population projections.

Take for example the project’s groundbreaking 2015 report “The Future of World Religions,” which explored how major religions are changing. Demographers at the research center calculated that the Muslim population around the world is growing twice as fast as the overall global population and that followers of Islam are expected to outnumber Christians worldwide by 2075—a finding that made front-page news on every continent. A more recent report, “The Age Gap in Religion Around the World,” describes how young adults are less likely than those 40 and older to identify with a religion, pray daily, attend worship services regularly, or consider religion very important in their lives. While the pattern varies somewhat in each of the 106 countries studied, it is almost always younger adults who are less religious in the countries where there is an age difference in religious commitment.

Surveys—for which the center is widely known and has a deep expertise—are viewed as an approach that sets the project’s work apart in both its scope and comprehensiveness. A report released in 2018 on how attitudes on key issues differ between Western Europe and Central/Eastern Europe resulted from new surveys of nearly 56,000 adults in a total of 34 countries, which were undertaken in person in Central and Eastern Europe in 16 languages, and by phone in Western Europe in 12 languages. Key findings from the report, “Eastern and Western Europeans Differ on Importance of Religion, Views of Minorities, and Key Social Issues,” showed that, among other differences, more Central and Eastern Europeans view religion as a critical component of national identity and that most Western Europeans are in favor of same-sex marriage. Survey data collection is underway in India for a report expected to be released next year. Researchers plan to interview some 30,000 people across the country, which is so vast and diverse that the project is similar in complexity to previous regional surveys of 15 to 20 countries combined. The Indian interviews will be conducted in person, for as long as 45 minutes each, and aim to reveal the role of religion not just in the personal lives of Indians but also in how they view their national identity, the diverse nature of their society, and their attitudes on a variety of social issues, including gender.

The project also regularly examines local restrictions on religion around the world from laws, policies, and practices, as well as social hostilities involving religion. Based on a consistent set of source materials that includes reports by the U.S. State Department, United Nations, Human Rights Watch, and more, the project team looks at dozens of measures in each category to determine whether religious rights have improved, deteriorated, or remained the same. The most recent restrictions report, released in June 2018, noted a global uptick in government restrictions on religion in 2016, with nationalist organizations playing an increasing role in harassing religious minorities that year, particularly in Europe.

Regardless of topic, these reports have one thing in common: They are viewed as important, reliable, and unbiased resources by governments, officials, religious leaders, thought leaders, journalists, and academics.

Cooperman says the partnership with the Templeton Foundation is a great match for Pew’s commitment to rigorous global research. “Following on John Templeton’s tremendous interest in inquiry, belief that scientific studies should lead us, and an openness to new knowledge wherever it may take us, we share a commitment to undertaking important research and sharing it with a broad public,” he says. “It is a partnership aligned on many levels, and we value it greatly.”

The work is also a natural fit with Templeton’s goal of seeking answers to big questions. “Pew’s materials on religion are more informative and detailed than anything else available,” says Kimon Sargeant, Templeton’s vice president of programs. “The quality of Pew’s surveys is the gold standard, and the religious futures work is important to promoting our understanding of the dynamics that are impacting faith communities around the world.” 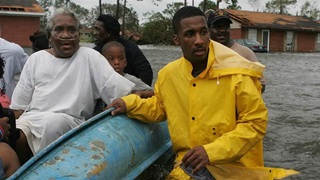 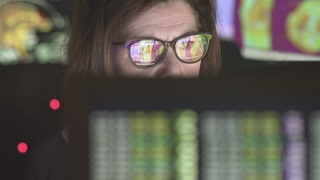