Judge Glenn A. Grant, the acting administrative director of New Jersey’s courts, has been a leading force behind the state’s shift from a pretrial system that detained a significant number of defendants on monetary bail to one that has reduced inequities while safely increasing pretrial releases. A state report showed that in 2013, nearly 40 percent of New Jersey’s jail population was incarcerated because of an inability to post bail; 12 percent remained in jail on bails of $2,500 or less.

Since then, legislation to reform New Jersey’s criminal justice system that took effect at the start of 2017 has drastically reduced the system’s reliance on cash bail, requiring judges to focus more on alternative approaches and evidence-based decisions on the risk to public safety.

A judge of the Appellate Division of Superior Court, Grant was appointed to the bench in 1998. He served as the presiding judge of the family division in Essex County from 2003 until assuming his current post in 2008. Grant earlier worked for the city of Newark as corporation counsel and business administrator.

How did you become involved in the reform efforts in New Jersey?

The story really starts with Chief Justice Stuart Rabner, who convened the Joint Committee on Criminal Justice in 2013 to examine problems with pretrial detention in our state. He brought together prosecutors, public defenders, members of the private bar, judges, and advocates in a broad coalition that came up with recommendations for criminal justice reform (CJR).

More broadly, I’ve always been driven by that seven-letter word—justice. As an African-American, I am especially appreciative of the journey to try to create a better, fairer system. It’s part of our country’s hopeful DNA. We are brave enough to say: “We can do better. We can improve the lives of people who are charged with a crime and protect public safety.”

Was there a moment when you and others realized that New Jersey’s approach to pretrial justice had to change?

It is not a new debate, and it’s really reflective of larger social dynamics. If you go back and look at the 1960s, you’ll see that there was a recognition then that bail as a release determination was unfair and had a disproportionate impact on the poor and minorities. Attorney General Robert Kennedy testified about it before the Senate Judiciary Committee in 1964, noting that “only one factor determines whether a defendant stays in jail before he comes to trial,” and “the factor is, simply, money.”

So we’ve known for decades that a system using bail as the primary determinant for release of those charged with crimes had two errors: one, people who were poor could be held in jail because of poverty and, two, high-risk defendants could get out of jail because they had access to money.

What were some of the policy changes with the greatest impact?

One of the most important was adoption of our evidence-based, objective Public Safety Assessment tool. It provides a much more comprehensive picture of the defendant in seconds and has changed our approach from one centered on how much money the defendant has to one more focused on conversation about behavior and whether he or she should be released. The tool is working as intended and allowing judges to make much more informed decisions.

We also now have strict timeframes that specify when those who are detained pretrial will have their day in court. Our system does not provide the judge with unilateral authority to detain someone pretrial. A prosecutor must file a motion to request pretrial detention and, if, after the hearing, the judge orders detention, we have an expedited process by which that case can be reviewed by the appellate court.

New Jersey also is the first state to create a statewide technological infrastructure to support criminal case processing. This required a significant investment and is an extraordinary strength of our system, allowing electronic access to a case by all involved parties from arrest through sentencing. This technology has allowed us to establish a virtual courtroom in every county, where judges can make release decisions on weekends and holidays. The virtual courtrooms offer the same protections and functions as in-person hearings, without the need to open entire courthouses, and the public can view the sessions live online.

Why take on statewide reforms rather than county-level reforms?

New Jersey has a strong form of government that allowed us to take on these initiatives on a statewide basis. If you want to ensure equal treatment across all 21 counties, wouldn’t you want to make sure that the process followed in county X is the same as in county Y? You would not want a situation in which two similar individuals in different counties are charged with the same crime and one is subject to bail and the other is subject to the pretrial detention process.

Describe the importance of buy-in among members of the judiciary and of judicial culture change to successful pretrial reform. How does that change happen?

We recognized that change required support from the judicial workforce. The courts play a critical role in release, detention, and sentencing decisions, so it was essential that our judges understood why this program was so important. You need to have buy-in if you are going to have sustainable long-term change.

So we spent a great deal of time preparing for criminal justice reform through a communications plan, kickoff events, training, and a coordinated strategy involving outreach by certain judges at the local level. We are still in our communities every day talking about the reforms, even though they’ve been on the books since January 2017. You need to do this to permanently cement this culture change. And it’s naive to think complete success will be immediate because we are transforming something that has existed for 300 years.

What lessons or memorable experiences can you share from working with people whose views differ from yours?

We have tried to help those who oppose reform understand the full weight of the evidence and impacts surrounding pretrial detention, including data showing that those held pretrial plead guilty more often, are convicted more often, are sentenced to prison more often, and receive harsher sentences than similarly situated defendants released during the pretrial period. They often change their perspective once they understand this. Our approach strikes a balance so that people who pose a high risk to the community can be detained pretrial, while those who pose a low risk are released and avoid some of the devastating consequences associated with detention—such as loss of a job, loss of child custody, and loss of housing.

As for memorable experiences, for me it’s the stories of people released pretrial. Many individuals participate in pretrial monitoring, and I can tell you countless stories about people who come in and say: “Thank you. I know I don’t have to report this week but I want to report anyway because, by getting access to drug treatment, I have restarted my life.” Knowing we’re having an impact is what’s meaningful for me.

What challenges have you and others faced in implementing reforms and communicating why they were needed?

One challenge has been the need to create a stable and dedicated financial structure for our Pretrial Services Program, which is still supported through court fees. Unless we accomplish that, it will be difficult to fulfill our mission fully and properly. Another significant challenge is the shortage of available and affordable community-based substance abuse treatment, mental health treatment, and housing assistance programs, and that will continue absent additional, sustainable funding. And while our reforms have reduced some racial disparities, the over-representation of black males in our pretrial jail population remains an area in need of further examination.

Finally, we are also confronted with the continuing challenge of educating the public on the importance and value of this type of pretrial release program. The goal is to balance the community’s public safety concerns with the constitutional protections afforded those accused of a crime. Under CJR, we recognize and incorporate in our processes a continuing examination of our efforts to meet these two goals.

What has gone well since the state enacted the reforms, and which outcomes are you most proud of?

The system is working as intended. Our latest report shows that people released under CJR are no more likely to commit a new offense or fail to show up for a court appearance than defendants released under the prior system of monetary bail.

Our county jail population has been substantially reduced as a result of reform, with 6,000 fewer people incarcerated on Oct. 3, 2018, compared to the same day in 2012. That’s not why we did criminal justice reform, but it’s a remarkable outcome. In addition, the jail population looks very different than it did pre-reform, and now largely holds defendants who present a significant risk of flight or danger to the community. In 2018, nearly 75 percent of the jail population consisted of defendants charged with serious offenses.

The other result to note is that crime did not increase as a result of CJR. I’m not trying to take credit for that, but if crime had increased, the naysayers would have been jumping up and down. That was the prediction of the bail bondsmen, that all these people who were released would be out there committing crimes. It hasn’t happened.

‘We Know What Types of Supervision … Help Reduce Recidivism and Incarceration’

Barbara Broderick has devoted most of her 40-year criminal justice career to improving state and local community supervision in Arizona and New York. Since December 2000, she has served as chief probation officer of the Maricopa County (Arizona) Adult Probation Department. 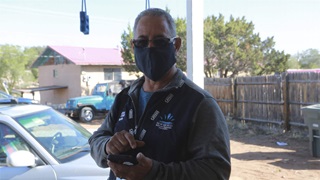 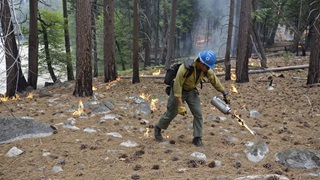