As the economy moves deeper into a knowledge-focused age, significant changes are reshaping the American workplace. The fastest-growing occupations demand an evolving set of skills, and that new reality is prompting many workers to upgrade their own skills and contemplate learning as a lifelong commitment. This is inspiring a new, society wide consideration of where learning and retraining should occur and what the role of colleges and other higher education institutions may be in the future.

Our 2016 Pew Research Center survey, conducted in association with the Markle Foundation, found that the clear majority of U.S. workers recognize these new demands, telling us that their future job success may well rest on learning new skills. They may be on to something: In an analysis of government jobs data, we found that employment has been growing faster in those jobs that require additional learning and experience.

A more recent center analysis of government data, released in early 2020, showed that job growth has been more robust in occupations that rely most heavily on social, fundamental, and analytical skills. From 1980 to 2018, employment more than doubled in jobs where social skills (such as negotiating and instructing) and fundamental skills (critical thinking and writing) are most important. And employment in jobs that rely on analytical skills (programming and complex problem solving) increased nearly as sharply. Over the same period, employment in all jobs grew at a rate of 58 percent. Separately, experts we canvassed in 2019 predicted that artificial intelligence tools will increasingly take over repetitive and physically taxing labor in the years ahead, exacerbating the decline in manufacturing employment.

The national survey shows how deeply Americans have internalized these trends. Of course, the economic situation now is somewhat different from three years ago. Still, the findings reflect, in broad terms, how workers and those aspiring to work see the jobs environment.

Many see personal upgrading as a constant: More than half of adults in the labor force (54 percent) said it will be essential for them to get training and develop new skills throughout their work life to keep up with changes in the workplace. In addition, 35 percent of workers, including about 3 in 10 adults (27 percent) with at least a bachelor’s degree, said they don’t have the education and training they need to get ahead at work. Many are already taking action or being required to do so by their employer or by licensing requirements in their jobs: In this survey, 45 percent of employed adults said they got extra training to improve their job skills in the past 12 months.

It’s the most highly educated workers who feel the strongest sense of urgency when it comes to seeking out new skills and training. Some 63 percent of adults with a bachelor’s degree or higher level of education feel they will need to keep advancing their skills throughout their career, compared with 45 percent of those with no college experience.

Young adults are more likely than their older counterparts to see skills and training as essential (61 percent among those ages 18-29), perhaps because of the longer trajectory they have ahead of them. Even so, 56 percent of those ages 30-49 said ongoing training will be essential for them, as did roughly 4 in 10 workers ages 50 and older.

When people think about what it takes for workers to be successful these days, large majorities rank a mixture of technical and “soft skills” as critical, including detailed understanding of how to use computers (85 percent say this is “extremely” or “very” important), ability to work with those from diverse backgrounds (85 percent), training in writing and communications (85 percent), and access to training to update skills (82 percent).

When workers were asked about the skills they rely on most in their jobs, interpersonal skills, critical thinking, and good written and spoken communications skills topped the list. Those workers who rely heavily on these skills reported that they acquired them in different settings. Among workers who said that having interpersonal skills is extremely or very important for them to do their job, some 35 percent said they learned those skills on the job, but a sizable share—38 percent—volunteered that they taught themselves those skills or came by them naturally.

Americans think the responsibility for preparing and succeeding in today’s workforce starts with individuals themselves.

The role of college is being debated: Americans have somewhat mixed attitudes about the effectiveness of traditional four-year colleges and other higher education institutions. On a personal level, many college graduates describe their own educational experience as having a generally positive impact on their personal and professional development. About 6 in 10 college graduates (62 percent) with a two-year or four-year degree think their degree was very useful for helping them grow personally and intellectually, while roughly half think it was very useful for opening up job opportunities (53 percent), or for providing them with specific job-related skills and knowledge (49 percent).

Yet even as many college graduates view their own educational experience in positive terms, the public as a whole—including a substantial share of college graduates—expresses reservations about the ability of higher education institutions to prepare students for the workforce more generally.

Just 16 percent of Americans think that a four-year degree prepares students very well for a well-paying job in today’s economy. An additional 51 percent say colleges prepare students somewhat well for the workplace. The verdict on two-year colleges is similar: 12 percent think that a two-year associate degree prepares students very well, and 46 percent say this type of degree prepares students somewhat well. When it comes to professional or technical certificates, 26 percent of adults say these prepare students very well for well-paying jobs, and 52 percent say somewhat well. These findings tie to previous Pew Research Center work showing that noteworthy majorities of adults think that colleges fail to provide students with good value for the money and that college is too expensive.

Views on certificate programs are more positive overall, with 26 percent of all adults saying a certificate in a professional, technical, or vocational field prepares someone very well for a well-paying job. Those without a college degree give these programs particularly high ratings: 44 percent in this group say these types of programs prepare people very well, compared with about a quarter (27 percent) of those with a high school diploma and a similar share of those with some college (22 percent), a two-year degree (28 percent), or a four-year degree or more (22 percent).

4 in 10 workers age 50+ believe ongoing training is essential for them. TWEET

35% of employees said they need more education and training to advance in their careers.

16 percent of Americans think that a four-year degree prepares students very well for a well-paying job in today’s economy. TWEET

7 in 10 Americans believe the responsibility falls on individuals to make sure they have the right skills and education to be successful in today’s economy. TWEET

Finally, we asked working Americans if they thought someone with less education than they had could develop the skills and knowledge needed to do their job. A solid majority (73 percent) said “yes.” Among those with a bachelor’s degree, 65 percent said someone with less education could learn to do their job, and the shares were significantly higher among those with some college (82 percent) and those with a high school diploma (80 percent). Even so, job seekers take minimum requirements seriously. A third of those who do not have a four-year college degree have elected not to apply for a job they felt they were qualified for because it required a four-year degree, suggesting that employers may be missing out on a pool of potential workers.

At a time when employment is rising faster in jobs requiring more education, training, and experience, the vast majority of American workers say that learning new skills is important for their future success.

Kim Parker directs social trends research and Lee Raine directs internet and technology research at the Pew Research Center. They are co-authors of the report “The State of American Jobs,” on which this essay is based. 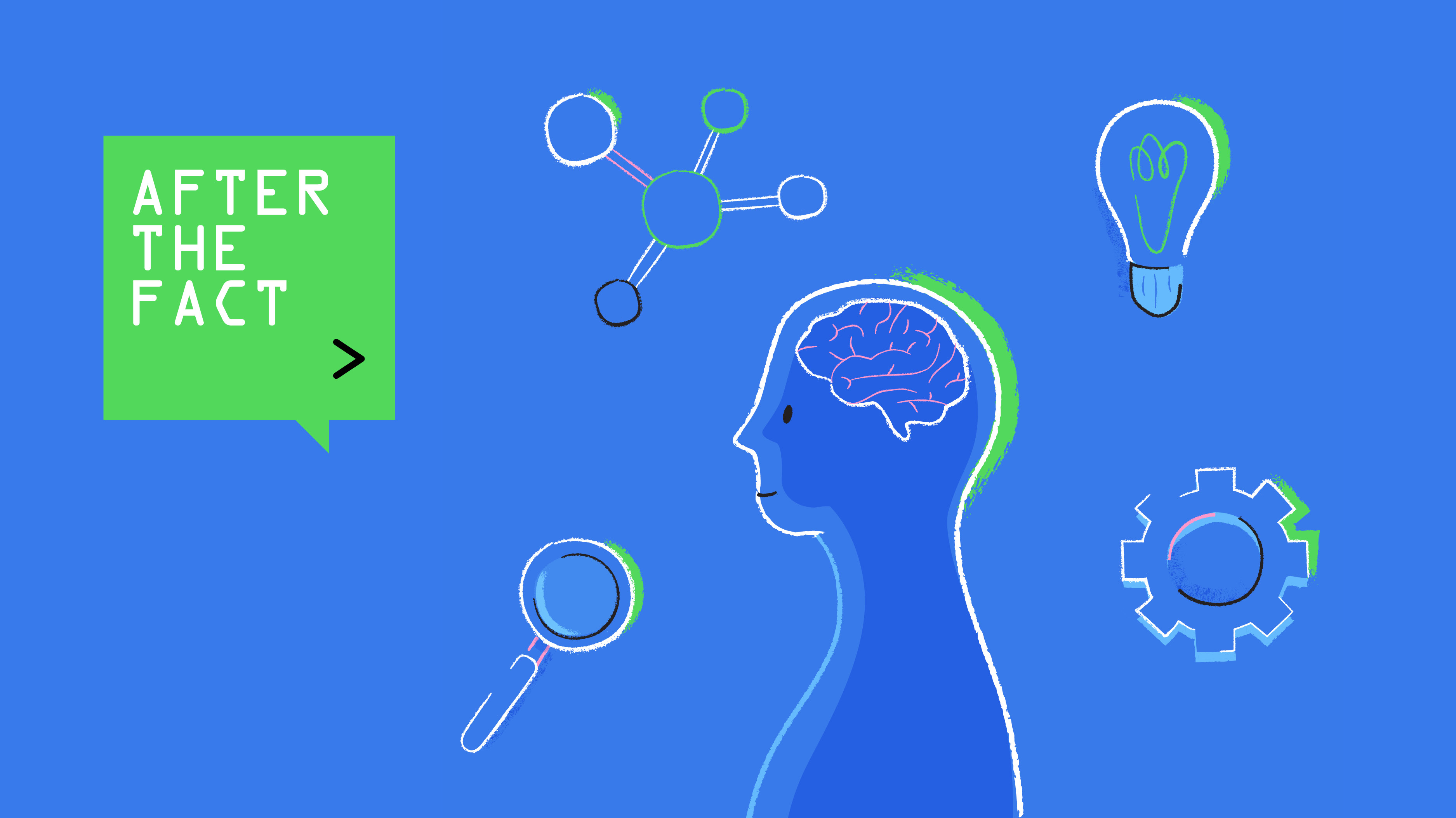 Explore
Personal Learning: Its Past, Present, and—Most Importantly, Its Future Lifelong Learning Will Be the New Normal—But Are We Ready?
About Trend Magazine
Trend is an analysis of the facts, numbers, and trends shaping the world.
Learn More
Media Contact
Felisa Klubes
Director, Communications
202.540.6460
Sign Up
Don’t miss our latest facts, findings, and survey results in The Rundown.