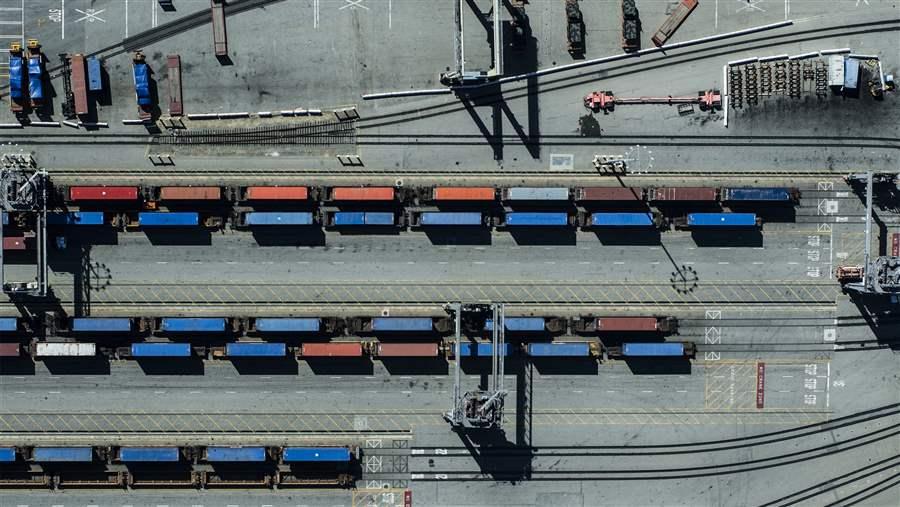 This brief on budget estimates is one in a series about state budget strategies.

Not all state budget estimates are created equal. Although most estimates represent good-faith efforts to translate uncertainty into reasonable expectations, some merit closer scrutiny. As state policymakers begin reviewing line items as part of legislative budget negotiations, they should keep in mind that many of the numbers presented are based on assumptions. For legislators to fully understand these numbers, they need to ask the right questions and seek greater clarity about what was assumed.

Specifically, legislators should remember that some budget estimates are more sensitive to assumptions than others. For example, estimated costs for a fixed appropriation generally have a much higher degree of certainty than the estimated costs for an eligibility-driven social insurance program or a business tax credit. Both of these rely on difficult-to-forecast assumptions such as individual or company behavior and broader fiscal and economic conditions. Assumptions about federal law, the speed of policy implementation, and even political viability can sometimes yield significantly misleading estimates.

The following examples highlight instances in three major budget areas where questionable or unrealistic fiscal assumptions could cause significant problems for states.

Changes in how assets are invested can ease the pressure that state pension systems exert on budgets, but they may also introduce additional budgetary risk that policymakers should monitor.

For example, the actuarial required contribution (ARC) is a common metric for assessing how much money states need to contribute to their pension system each year. Focusing on that metric may give some policymakers the impression that they can maintain the system’s current level of solvency simply by making the full ARC contribution. But because the ARC is calculated using the plan’s own economic and demographic assumptions, and often uses a long repayment window, some states have made their full required contribution year after year and still have seen the balance of their pension system’s funding decline. In Arizona, for example, the state pension system’s funding ratio—measured as the percentage of its liabilities to assets—fell from 99 percent funded to 72 percent funded from 2003 to 2013, even though its full required contribution was made consistently. After achieving the seventh-highest state funding ratio in 2003, Arizona fell to 24th in 2013.2

Changes in how assets are invested can ease the pressure that state pension systems exert on budgets, but they may also introduce additional budgetary risk that policymakers need to monitor. Historically, state pension funds have held largely low-risk fixed income investments, such as U.S. Treasury securities. As interest rates on these securities started falling in the early 1980s, pension plans began shifting their portfolios toward equities and other investments with higher returns—but also with higher risk.

A Pew report points to California’s state and local pension system (CalPERS) as a good example of the rising risk inherent in this portfolio shifting. In 1992, the 30-year Treasury rate, which represents the risk-free rate of return, was relatively high. CalPERS assumed an investment rate of return slightly higher than the Treasury rate, leading to a risk premium of approximately 1 percentage point. By 2012, the Treasury rate fell substantially, while the investment rate of return assumption fell only slightly, causing the risk premium to more than triple.3 By shifting the composition of its investment portfolio, California was able to maintain a high expected rate of return but at the cost of greater risk that these returns would not be realized.

[The state] is budgeting for savings related to SPAs upon mandate by the Legislature and in most cases failing to achieve the budgeted amounts.”Beth Wood, North Carolina state auditor

Because Medicaid is the fastest-growing major area of expenditure in most state budgets, policymakers frequently look to the joint federal-state health program for budget savings. States that want to significantly change their Medicaid program are required to submit State Plan Amendments (SPAs) to federal regulators for approval. Yet some budgets reflect an assumption that the savings will be there on Day One, even though the process can take time and SPA approval isn’t guaranteed.

For example, for many years, North Carolina’s budget has relied on SPA approvals that were either not yet approved or not yet submitted for approval. According to the state auditor, Beth Wood, the state “is budgeting for savings related to SPAs upon mandate by the Legislature and in most cases failing to achieve the budgeted amounts.”4 In fiscal year 2014, this accounted for tens of millions of dollars in Medicaid savings that were never realized.5

Policies to save money on Medicaid prescription drug coverage can also rest on questionable assumptions. Many states are limiting access to high cost hepatitis C drugs Sovaldi and Harvoni6 by requiring that Medicaid enrollees receive pre-authorization by a specialist to receive the drug, or be in late stages of the disease.7 These restrictions, however, may conflict with federal regulations that require full coverage for “medically necessary” drugs, making them vulnerable to litigation.8 For example, a federal judge recently ruled against Washington state’s hepatitis C drug restrictions.9 If such restrictions are struck down, that could cause the savings to vanish.

Policymakers should also pay special attention to revenue estimates attached to new taxes or structural changes to existing taxes, because there is no revenue history to use in formulating an estimate.

Tax policy is highly dependent upon sensitive assumptions, often with a sizable—and multiyear—fiscal impact. For example, between 2006 and 2013, West Virginia enacted a series of tax cuts, reducing the corporate net income tax from 9 percent to 6.5 percent and eliminating the business franchise tax and the grocery tax.10 At the time, natural gas production in the state was booming, increasing 211 percent between 2007 and 2013. As a result, lost revenue from the tax cuts was offset by higher severance tax receipts from energy production, which rose from just over $300 million in fiscal 2006 to nearly $500 million in fiscal 2014.11 Energy prices are highly unpredictable, however, and with the recent natural gas price plunge, West Virginia’s severance revenue from natural gas production fell by 40 percent in the first half of fiscal 2016.12 Partly as a result, the state has $600 million less revenue than it had projected in 2012.13

Policymakers would benefit from paying special attention to revenue estimates attached to new taxes or structural changes to existing taxes, because there is no revenue history to use in formulating an estimate. For example, in 2013, Minnesota Governor Mark Dayton proposed to partially eliminate the sales tax exemption for clothing by applying the tax to items that cost more than $100. The Minnesota Department of Revenue estimated that this would bring in $55 billion in the first year. But there was tremendous uncertainty surrounding this estimate, because no data existed on the amount spent on clothing items over $100.14 Ultimately, the Legislature did not adopt the proposal.15

In some cases, the budget estimate may not fully account for political realities. For decades, tribal governments in New York state, which are responsible for collecting state taxes on sales within reservation land, refused to collect the cigarette tax, using both court challenges and civil disobedience.16 Nonetheless, the Legislature continued to adopt budgets that assumed that the cigarette revenue—$150 million in fiscal year 2011 and $140 million in 2012—would materialize.17

Legislators must realize that even the best budget estimates involve a margin of error. In order to make sound fiscal decisions, policymakers must understand the cost of programs and weigh trade-offs between priorities. Improving transparency of key financial, demographic, and economic assumptions is a necessary first step to understanding the numbers presented to them throughout the budget process.