Despite the coronavirus pandemic, Utah’s economy is growing. Fewer than 4% of state residents are unemployed. Lawmakers are expecting a budget surplus of $1.5 billion from income and sales tax revenue.

That’s a lot of money for a state of some 3 million people. “It’s hard to believe, quite honestly,” said Utah state Senate President Stuart Adams, a Republican.

Not all states have fared so well. While tax revenue increased in about half of states during the pandemic last year, it fell in the other half, according to the Urban Institute, a left-leaning think tank based in Washington, D.C.

But overall, state budgets are faring better than budget analysts projected last spring. That mixed picture is partly why President Joe Biden’s call for $350 billion in direct aid for states and cities has been such a controversial part of his $1.9 trillion COVID-19 relief plan. That package includes rental assistance, small business aid and extended unemployment benefits.

“Everybody can use money, there’s no question about it,” Adams said of the proposed federal aid for states. “But we don’t need it.”

Some states have ended fiscal 2020 with a surplus.

Idaho state Rep. Ilana Rubel, a Democrat and assistant minority leader, said her state’s $600 million “budget surplus” is a misnomer, as Idaho has underfunded infrastructure and education for years, and the state still needs more money to address the pandemic and its economic fallout.

“I think we would have a major kick in the shins if we were not to get more federal funds right now,” she said.

The coronavirus relief bill passed the U.S. House last week without a single Republican vote. The Senate is expected to begin debating it this week.

There’s still a need for additional state and local aid, said Lucy Dadayan, a senior research associate for the Urban-Brookings Tax Policy Center at the Urban Institute. She noted that states are still facing additional costs from the public health crisis and many local governments are struggling.

“When asked if states and local governments do need additional fiscal aid or not—the answer is definitely yes,” Dadayan said.

And even Republican governors say their states should get a larger share of the aid than the Biden administration has proposed.

But the overall amount of aid should be reassessed, given the improving budget outlook for states, some budget analysts say.

“Federal lawmakers need to evaluate what the needs actually are,” said Jared Walczak, vice president of state projects with the Center for State Tax Policy at the Tax Foundation, a conservative-leaning think tank based in Washington, D.C.

“Because in many cases, the discussions are still proceeding as if we haven’t received new data after the last six months.”

After most governors last spring ordered nonessential businesses to close to slow the spread of COVID-19, unemployment spiked and state leaders girded themselves for economic collapse and a major budget crisis. Lawmakers began cutting budgets and freezing hiring as they prepared for the worst.

But for most states, the worst-case scenario never played out. On average, state revenues fell 1.8% during April-December 2020 compared with the same period in 2019, the Urban Institute has found.

Many states were buoyed by income tax revenue, which rose 0.4% on average, according to the Urban Institute. Most well-paid workers kept their jobs, and the federal government boosted unemployment benefits—which most states tax—by $600 a week. Population growth also helped boost revenues in states such as Idaho and Utah.

“Income tax revenues disproportionately come from the sort of people who kept their jobs during this crisis,” Walczak said. “And those who went on unemployment received additional payments from the federal government.”

Federal action last spring to help the economy, such as small business loans authorized by Congress and the emergency interest rate cut enacted by the Federal Reserve, kept many businesses afloat and juiced the stock market and housing market.

Soaring stock prices boosted investment income and the fortunes of wealthy Americans. California lawmakers are anticipating a $19 billion surplus this year, partly because the state’s millionaires and billionaires are getting richer.

Nationwide, state sales tax revenues fell 2.9% on average from April-December, according to the Urban Institute, less than lawmakers initially expected.

Some states are struggling, however. Tax collections in Alaska, for instance, fell a whopping 42.5% during the period the Urban Institute studied. Alaska has neither an income nor a sales tax and relies heavily on taxing oil and gas production. When energy prices collapsed last year, so did tax revenues.

In Hawaii, tax collections fell 17% during the pandemic last year, the Urban Institute found. As fewer tourists visited, the state economy lurched and sales and lodging taxes fell. Hawaii’s 9.3% December unemployment rate was the highest of any state.

State and local governments’ fiscal pain could be greater than tax data suggests. State and city leaders have laid off about 1.3 million people since the pandemic began, Dadayan noted.

The layoffs, however, could be temporary, said Marc Goldwein, senior vice president and senior policy director of the Committee for a Responsible Federal Budget, a Washington, D.C., nonprofit that studies fiscal policy.

“I think more of what’s happening with these layoffs is states and localities are laying off workers they don’t need during pandemics,” he said, such as custodial staff or school cafeteria workers whose services aren’t necessary when government-run buildings are closed.

Goldwein noted that the proposed congressional aid package would send states money beyond the $350 billion in direct payments, such as billions of dollars for schools and transit. “It’s substantially more, we think, than states need,” he said.

In states where lawmakers expect a budget surplus, policymakers are contemplating new investments in longtime priorities, economic relief for businesses and families, and tax changes intended to spur economic growth.

The Republican governors of Arkansas and Idaho have proposed income tax cuts, and Govs. Jim Justice of West Virginia and Tate Reeves of Mississippi, also Republicans, want to begin phasing out the state income tax.

‘We Have No Money’: Coronavirus Slams State Taxes

‘We Have No Money’: Coronavirus Slams State Taxes

States' revenue decline could be akin to the Great Recession.

Republican lawmakers in Kansas are pushing for a tax cut package of close to $500 million. State Sen. Caryn Tyson, a Republican and chair of the Assessment and Taxation Committee, said she backs some of the tax cuts in the bill, which would align the state with federal tax changes made in 2017. Given the state’s budget surplus, “this is the perfect year to do it,” she said of those changes.

But Kansas Democrats and some fiscally conservative Republicans say the overall tax cut package is too expensive.

“As Democrats, we are looking at, how do we fund essential programs, and balance the budget, and get through the pandemic,” said state Sen. Dinah Sykes, a Democrat and the minority leader. The tax cut proposal would make it harder for the state to fund transportation, education and other core government functions in the future, she said.

In Utah, legislators this week approved a $100 million tax cut for military retirees and families and hope to pass a $2.26 billion infrastructure package. They’ve also made new investments in education and are planning to spend more money on affordable housing and Medicaid.

“I quite frankly don’t think that the federal government should be bailing out states,” Wilson said. “I think states should be able to manage their own budgets.”

Many Democratic lawmakers and governors, however, are pressing Congress for assistance. The latest federal relief package is “essential for Californians hardest hit by the pandemic,” Newsom said in a statement last week.

And governors of both parties are angling for more aid. In a news release, 22 governors, all Republicans but one, said it’s unfair that the federal relief bill would parcel out more direct aid to states with high unemployment. “If Congress is going to provide aid to states, it should be on an equitable population basis,” wrote South Carolina Gov. Henry McMaster, a Republican.

The economy may rebound this year as more Americans are vaccinated and feel comfortable traveling, shopping and eating in restaurants—and economic growth will boost state tax collections. “State revenue, and local government revenue, has the potential to skyrocket this year,” said Goldwein of the Committee for a Responsible Federal Budget.

But federal aid would speed up that process, said Wisconsin state Rep. Gordon Hintz, the Democratic minority leader. “While the economic projections are pretty good,” he said, “I do think that, certainly, the federal government is the one entity during challenging times that can provide an infusion of resources that can probably facilitate economic recovery faster.”

The taxes can be more palatable because they affect fewer people. 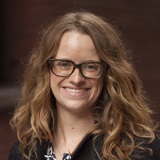