Editor's Note: This article was updated July 13, 2020 to correct the spelling of the last name of Rep. Wendell Gilliard.

South Carolina state Rep. Wendell Gilliard says he’s “getting calls day in and day out” from financially strapped constituents in the hurricane-prone Lowcountry. Hurricane season is here, and they are worried about keeping up with their homeowners insurance payments.

“If you don’t have a job, surely you can’t pay your insurance premiums. You can forget about that,” said Gilliard, a Democrat from Charleston. “And it couldn’t come at a worse time.”

The callers want South Carolina lawmakers to help them cover their insurance premiums or force insurers to temporarily waive them. But Gilliard said his hands are tied because the legislature has concluded its session.

Forecasters are predicting a busier than normal hurricane season along the Atlantic coast. If property owners can’t pay their insurance premiums and their policies are canceled, the economic toll of a large storm could be even more devastating. Hurricane Harvey in 2017 flooded 204,000 homes and apartments and caused nearly $16 billion in damage to residences in the city of Houston alone, city and state officials estimated.

During the pandemic, 19 states directed insurance companies to suspend insurance policy cancellations for nonpayment, according to Westmont Associates, a consulting firm that is tracking state action.

But hurricane-prone states such as Alabama, Florida and South Carolina did not offer that protection. And in some states that did, including Louisiana and Mississippi, mandated grace periods have expired or are expiring.

Federal stimulus checks and extended unemployment payments have helped many homeowners pay their bills. But unless federal lawmakers pass another stimulus bill, the extra $600 a week in unemployment checks will cease next month. That could leave more homeowners vulnerable as hurricane season progresses.

“I’m not worried right now,” Mississippi Insurance Commissioner Mike Chaney told Stateline as he waited in his car to be tested for COVID-19. “But that could change on a dime if corona gets worse and we have a hurricane.”

He said he did not extend Mississippi’s moratorium on canceling policies because insurance carriers told the state they were willing to work with consumers in case they fell behind on their premiums. Residents statewide can buy wind damage insurance from a state pool, he noted.

“My concern is if we keep going forward and we don’t have any extension of the CARES Act or any stimulus programs, that people won’t be able to pay their insurance,” Chaney said.

Mortgage lenders require insurance, and 91% of homeowners have it. A lender can recall the mortgage of a homeowner who stops making insurance payments and foreclose on the home, according to Robert Hunter, director of insurance for the Consumer Federation of America.

“Banks are not going to allow you to not have insurance, especially in hurricane prone properties,” Hunter said. “That would be highly risky.”

But in tough economic times, many people scale back their protection. In 2009, during the Great Recession, a survey by the Insurance Research Council found that 15% of policyholders reduced their homeowners or auto insurance coverage or increased their deductibles to save money.

Furthermore, most homeowners’ policies do not cover flood damage, which is typically the most expensive consequence of a hurricane. Flood insurance is optional for most homeowners, except for those who live in high-risk flood areas or who received federal disaster assistance in the past.

Only 15% of U.S. homeowners carry flood insurance, while 90% of natural disasters involve flooding, according to the Insurance Information Institute. Flood insurance premiums average $700 a year, but the cost varies from state to state and is much higher in flood-prone states.

Some homeowners who have paid off their mortgages or bought their homes with cash don’t carry insurance. In some cases, they inherited property that was informally passed down from generation to generation, which makes it harder to prove ownership and get their homes insured, said Josh Walden, chief of operations for Heirs Property Preservation, a South Carolina-based legal nonprofit.

Homeowners without a mortgage, many of whom are retirees, are more likely to be low income, according to the Federal Emergency Management Agency.

Officials must decide which renters to help in the pandemic.

In two Alabama counties hit by Hurricane Katrina, up to 50% of homeowners without a mortgage dropped expensive coverage for wind damage after the storm, though many kept fire and theft coverage, according to the Insurance Information Institute. The pattern was similar in Louisiana and Mississippi.

Chaney, the Mississippi insurance commissioner, said the percentage of homeowners in his state without any insurance fluctuates between 25% and 30% depending on the state of the economy.

“It depends on how many are working or not working,” Chaney said.

At the start of the pandemic, most state insurance commissioners, worried about widespread unemployment, issued directives urging insurance companies to work with policyholders struggling to pay premiums, said Raymond Farmer, South Carolina’s director of insurance, who also serves as the president of the National Association of Insurance Commissioners.

“It’s up to [state] insurance regulators to make sure companies are solvent and have the money to pay claims,” he said.

Farmer said he didn’t see the need to issue a moratorium for South Carolina.

“We’re a handshake state,” Farmer told Stateline in an interview. “It’s an encouragement to be reasonable, treat your policyholders the way you want to be treated.”

Farmer said his agency has asked insurers to work with homeowners to create flexible payment plans or deadline extensions. Overall, he said, in times like these, insurance companies “really come to the forefront and have been helpful to our citizens.”

If insurers won’t make concessions, he said, “We want to know about it, and we want to talk to the company.”

If significant numbers of homeowners don’t pay their premiums, some insurers could face financial peril, said Jeff Grady, president and CEO of the Florida Association of Insurance Agents, a trade group representing more than 2,100 independent agencies throughout Florida.

“If you’re reducing the premium, you’re also reducing revenue to insurance carriers and agents,” he said. 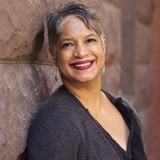