In a move that shows growing awareness of the need to protect biodiversity in the high seas, a key international body overwhelmingly passed a motion urging the United Nations to finalize a treaty on this issue. The International Union for Conservation of Nature (IUCN) Congress Motion 126 urges nations to “expeditiously conclude the negotiations” for an ambitious high seas treaty at the earliest possible date in March 2022. Further, the motion calls on governments to finalize an international, legally binding instrument that will allow for the establishment of marine protected areas (MPAs) on the high seas, “including a substantial portion of which are highly and fully protected”.

The vote on Motion 126—formally titled “Acting for the conservation and sustainable use of marine biological diversity in the ocean beyond national jurisdiction”—at the IUCN World Conservation Congress on 10 September sends an important signal to U.N. delegates, who are scheduled to meet in March for their fourth and final round of negotiations on a legally binding high seas agreement; that meeting has been postponed several times due to the COVID-19 pandemic.

And although scientists estimate that the high seas—the waters beyond the jurisdiction of any nation—represent about 95% of the area on Earth that is home to one life form or another, less than 1% of these waters are currently protected. The high seas also hold astonishing biodiversity, including hydrothermal vents and organisms ranging from tiny plankton and bacteria to deep-sea corals, whales, sharks, tuna and more—all of which need a healthy ocean ecosystem to survive. A vast area with such rich biodiversity must not be left unprotected: Despite its huge size the ocean functions as an interconnected system, and harm to the high seas and its biodiversity would almost certainly also degrade fisheries, habitats and ecosystem services elsewhere in the ocean, including in coastal waters.

In the next year, countries have an opportunity to finalize a high seas treaty that would allow nations to establish highly protected, cross-sector MPAs on the high seas, enabling the ocean to continue to provide the benefits and resources upon which so many depend. Those include resilience to climate change, maintenance of ecosystem functions and conservation of marine life, plus healthy fish populations. High seas MPAs can help meet these objectives, but currently there is no legal mechanism in place for establishing comprehensive, multisector protected areas.

The IUCN move follows the August release of the latest report from the United Nations Intergovernmental Panel on Climate Change (IPCC) calling for urgent action around the world to address climate change in the face of accelerated rising temperatures—on land and in the ocean—as a result of human activities. Experts expect these changes to drive a decline in the health and functioning of the ocean, threatening marine life and those that depend on it for their livelihood and food security.

Scientific evidence suggests that to help secure the long-term health of our planet, leaders around the world must protect 30% of the ocean by 2030 through the U.N. Convention on Biological Diversity’s Post 2020 global biodiversity framework. Because the high seas comprise over two-thirds of the global seas, protections there could help leaders achieve this goal swiftly.

Of note, at least two major world economies—the United States and United Kingdom—abstained from voting on the IUCN motion, despite the recent wave of political support around the world for ocean protections. That momentum signals a global sense of urgency to address the most pressing challenges facing our ocean, despite several setbacks caused by the pandemic, including postponement of key international meetings and negotiations, such as the fourth and last round of negotiations for a high seas treaty and the COP15 biodiversity summit—both at the U.N.

In a July 22 communiqué, climate and environment ministers of the Group of 20 called for urgent action to secure an “ambitious and balanced” legally binding treaty for the conservation and sustainable use of marine biological diversity on the high seas. Additionally, they noted the importance of MPAs in effectively safeguarding sensitive ecosystems in Antarctica’s Southern Ocean. Later in October, the members of the Commission for the Conservation of Antarctic Marine Living Resources will have the opportunity to deliver nearly 4 million square kilometers of protections in the Southern Ocean, which would constitute the largest act of marine protection in history.

Earlier in June, leaders of the Group of Seven agreed to conserve or protect at least 30% each of the land on Earth and the global ocean by 2030 to halt and reverse biodiversity loss. This is an important signal as negotiations to develop a new framework for the protection and conservation of global biodiversity through the U.N. Convention on Biological Diversity are expected to resume next spring. To date, more than 90 countries have united in support of a global target to protect at least 30% of the ocean by 2030.

As the IPCC report makes clear, we can expect to see additional impacts due to climate change in the coming decades that will touch all life on Earth. In the coming months, the global community will have an opportunity to limit the damage and reduce the threat by finalizing a treaty to create a legal mechanism for the protection and conservation of the high seas. 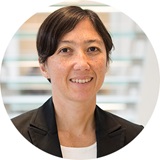