The Pew Research Center reports that nearly 90 percent of Americans say the virus has changed their lives in some way. A Pew biomedical scholar explains the science of the virus—and the search for a vaccine. And a Pew analysis points out ways that states can prepare for the pandemic’s impact on their budgets and services.

As the number of confirmed COVID-19 cases spread across the nation this spring, and schools, workplaces, and public gathering spaces across the United States remained closed, a Pew Research Center survey released on March 30 found that the coronavirus outbreak is having a profound effect on the personal lives of Americans in a variety of ways. Nearly 9 in 10 U.S. adults say their life has changed at least a little as a result of the outbreak, including 44 percent who say their life has changed in a major way.

Amid calls from medical experts for social distancing to avoid spreading the virus, a similar percentage of Americans—91 percent—say they would be uncomfortable attending a crowded party.

And the virus is affecting many other details from daily life—from working conditions, with 40 percent of adults ages 18–64 saying they were doing their jobs from home—to religious practices, with more than half of U.S. adults saying they had prayed for an end to the spread of the virus—including some who say they seldom or never pray and people who say they do not belong to any religion (15 percent and 24 percent, respectively).

How Do Viruses Evolve?


The first cases involving a new coronavirus—SARS-CoV-2, or the disease named COVID-19—appeared in Wuhan, China, in December 2019. Although in the same family as the coronaviruses that caused severe acute respiratory syndrome (SARS) in 2003 and Middle East respiratory syndrome (MERS) in 2012, this new disease has already spread to more people and caused more deaths. At the same time, other viruses such as influenza—known as the flu—continue to evolve, adapt, and infect millions of people each year, making the ability to develop effective vaccines critically important. In her work, Marta Łuksza, a 2019 Pew biomedical scholar and computer scientist, explores how immune interactions drive the evolution of the flu virus. Łuksza, an assistant professor at the Icahn School of Medicine at the Mount Sinai Health System in New York, talked with Pew to help put viral spread into context.

Q. What is a coronavirus?

Coronaviruses are a family of viruses that cause symptoms of respiratory illness in humans, similar to the flu or the common cold. Often found in bats and other mammals or birds, coronavirus can prove dangerous when transmitted between animals and people.

Q. How does a virus first emerge?

A virus may first emerge in humans after a chance interaction with an animal host, during which a person becomes infected. In many cases, viruses only transmit from animals to humans but cannot be transmitted from one human to another. In rare cases, however, the virus can survive transmission among people.

Doctors and other health professionals first identify a new virus after testing for known illnesses and finding no match. If they cannot assign the virus through testing to known protein markers or genetic material from a particular virus and there is a growing number of similar cases, this may point to something new, such as the recently identified SARS-CoV-2 virus.

Q. Why do some viruses seem to spread more widely than others?

Both biological and demographic factors can facilitate viral spread. Biologically, if a given virus is capable of infecting the body through accessible entry points, such as epithelial cells in the nose, it can enter the respiratory tract and spread relatively easily. When a person coughs or sneezes, the virus can circulate in the air and on surfaces. Viral spread can also depend on how fast a virus is able to replicate itself, thereby dispersing to other parts of the body or to new hosts. Demographically, dense populations where people live in close proximity are more likely to experience rapid viral spread than populations that are sparse.

Q. Why do people respond differently to viral infection?

People’s immune systems have memories of prior infections that affect how they will respond to a virus. To prevent infection once the body has been exposed to a virus, it produces proteins called antibodies that identify and neutralize potential threats. For instance, when people contract the flu, they have likely built up some degree of immunity due to previous exposure, including the flu vaccine. In the case of a new coronavirus, the immune system has not seen this virus before, and the adaptive response is slower.

Q. What is the process for developing a new vaccine?

First, researchers need to isolate the virus and identify its antigens—viral proteins that serve as the best vaccine targets—against which the immune system is likely to create antibodies to defend the body from infection. However, each virus is different and requires further growth and testing in a lab, where a range of production technologies are used. There are currently three platforms for development of the flu vaccine, including virus growth in chicken eggs, in mammalian cells, or created synthetically from the DNA sequence of the vaccine candidate strain. For a vaccine against a newly emerged pathogen, the next step is clinical trials, during which the safety, including possible side effects, and effectiveness are tested.

For many pathogens, for example, the measles virus, the vaccine does not have to be modified in the future and remains effective over time. But other pathogens, such as the flu virus, have the ability to escape the vaccine’s recognition by acquiring new mutations in its antigens. This is why a biannual evaluation of the flu vaccine is critical—to update the antigens contained in the vaccine.

Researchers, including me, work with organizations like the World Health Organization and participate in biannual consultations to help select flu vaccines for the Northern and Southern hemispheres. Based on publicly available genetic sequence data on the flu from individuals around the world, researchers re-create the evolution of viruses to see which mutations have occurred and how frequently they are circulating. Antigenic data—information related to antibodies that are triggered in the body by exposure to different protein markers on a virus—also help labs to characterize viral proliferation and how well vaccines block the virus. This information is critical to help public health officials determine how infectious disease is dispersing globally and across continents.

But the ultimate fiscal impact of the outbreak—and of the recent drop in oil prices—is highly uncertain. In addition, state legislatures will need to wrap up their budgets for fiscal year 2021 well before having any clear answers. With such a high level of uncertainty, policymakers need to design contingency plans that begin with robust reserves. If they don’t have such reserves, lawmakers may find that when they return to their Capitols next year—or sooner if they need to hold emergency sessions—they will need to identify tax increases and spending cuts.

But how cautious should states be? No matter how events unfold, the current situation serves as an example of why policymakers need to think regularly about the resilience of their budgets. Circumstances outside the control of state governments—and that could have a significant impact on revenue and expenditures—tend to occur with little warning.

To be better prepared,  a handful of states have begun using “budget stress tests” to examine different scenarios and estimate potential shortfalls from adverse events—such as the fiscal and economic effects of a fast-spreading disease, for example. By using these estimates to plan, policymakers can reduce the impact of a fiscal crisis and keep long-term priorities on track.

In this case, a stress test would start by looking at the possible impact to a state’s economy of the coronavirus and oil price shocks. The potential effects will differ by state or region: For example, if the disruption in world trade continues to reduce imports and exports, manufacturing states that are more reliant on the global economy for raw materials and parts could be particularly vulnerable. If travel continues to decline because of legal restrictions, widespread illness, or people avoiding others who may be sick, states with tourism-based economies may feel the impact especially hard.

The testing helps analysts translate perceived economic vulnerabilities into potential fiscal impacts, including reductions in revenue because of declining economic activity or increased pressure on Medicaid programs. Again, each state may have unique fiscal vulnerabilities, such as a tax system that relies heavily on severance taxes on oil production or an unemployment insurance trust fund in danger of insolvency.

Stress tests cannot predict how adverse events like those facing states today will play out, but they can help estimate the size of a budget gap under various scenarios. By considering a range of possible outcomes—from a milder impact to more severe—lawmakers can determine the amount of risk they are willing to accept.

With information from these tests, budget writers can then compare potential gaps between revenue and spending with the resources available to make up the difference. If they find they have insufficient funding options to close any potential hole, they may choose to boost savings or forgo new tax cuts or spending plans until more information is available.

Ideally, this testing would happen as part of the regular budgeting process. For example, Minnesota has been using stress testing to set targets for how much money the state needs to save to cover unanticipated revenue shortfalls for at least two years. When the state has a budget surplus, one-third of the extra money is automatically deposited in the rainy day fund—under state law—until the target is met.

Regardless of what kind of impact the coronavirus ends up having on state economic and fiscal conditions, this kind of uncertainty can throw fiscal policy into disarray—unless lawmakers employ strong analytical tools, such as budget stress tests, that can give them the information they need to make educated decisions that meet the needs of their constituents.

The Next Great Idea Wildlife Crossings Can Protect Migrating Animals 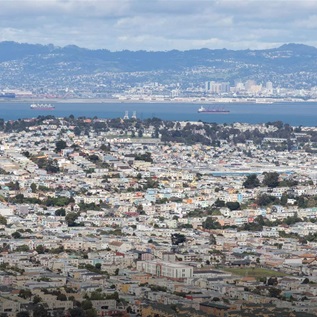 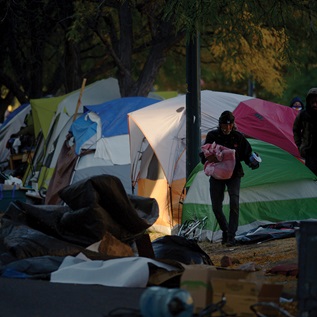