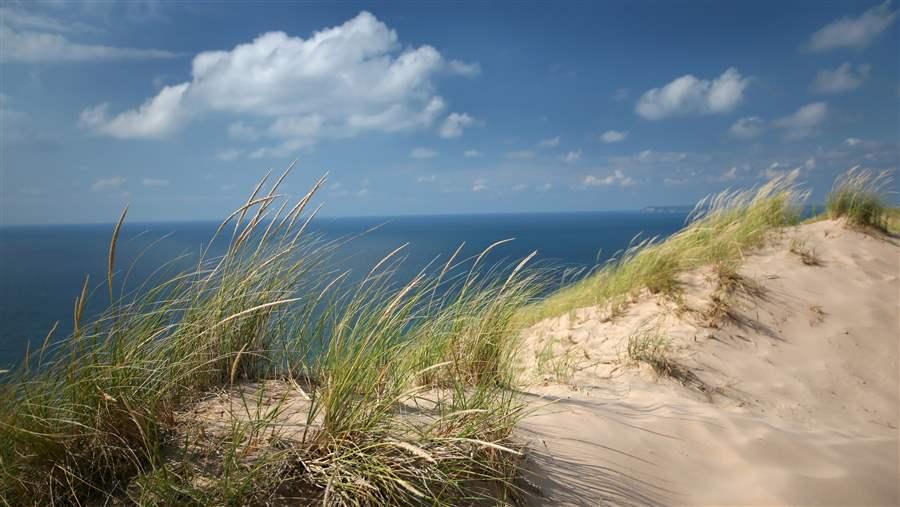 The park is known for its steep sand dunes and bluffs formed by retreating glaciers.

In 2011, viewers of ABC’s “Good Morning America” chose Sleeping Bear Dunes National Lakeshore as the “Most Beautiful Place in America.”1 This spectacular 35-mile stretch along Lake Michigan’s eastern coast is best known for its pristine beaches and steep sand dunes and bluffs formed by retreating glaciers. It also has more than two dozen small lakes as well as marshes and tracts of hardwood forest.

The park has a rich history. It is named for the Chippewa legend of Sleeping Bear, the story of a mother bear and two cubs that go to the lake to escape a forest fire. All three attempt to swim to the other shore, but only the mother bear makes it. According to folklore, one of the large dunes depicts the mother bear looking out over the water for the cubs—now represented by islands that rose in their honor.2 The site later became a center for shipping, logging, and agriculture. Today, visitors can enjoy swimming at seven beaches, hiking through the maple and beech tree forests, and climbing the dunes. Unfortunately, the park has deferred maintenance needs of $20 million that may disrupt those visits. 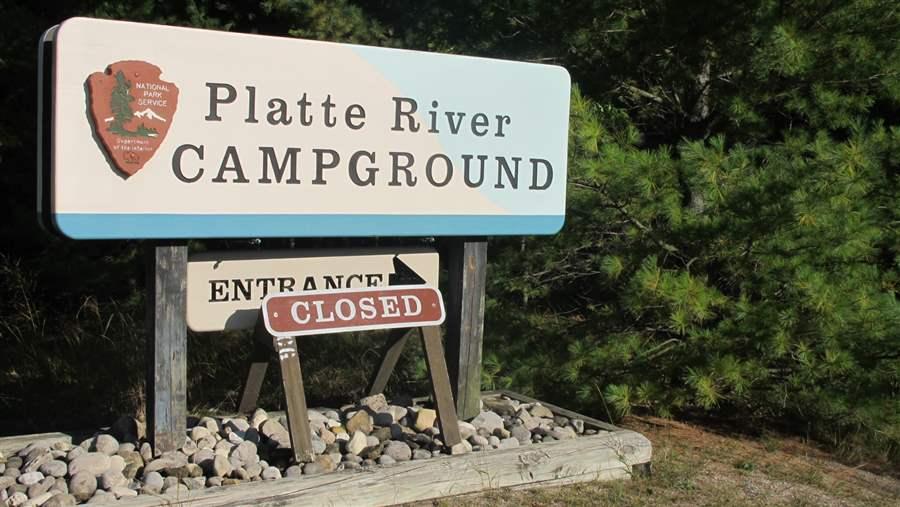 When the park was established in 1970, the National Park Service became the owner of an old lighthouse, a former Coast Guard station, and a historic farm area. It is now responsible for maintaining 368 buildings, which account for nearly 40 percent of its repair backlog. NPS needs another $2 million to maintain campgrounds, picnic areas, and the landscape itself. Hiking along the dunes and up the steep bluffs is very popular, but heavy use has worn down many trails. Restoring them would cost nearly $600,000. The park also includes two uninhabited islands—North Manitou and South Manitou—that visitors can reach by ferry. The dock stations they launch from need more than $350,000 worth of repairs.

The 23 miles of roads inside the park have also deteriorated because of age and the toll of thousands of yearly visitors. Repairing them would cost $5 million. Most of that sum is needed to repave Pierce Stocking Scenic Drive, which winds to vantage points for Lake Michigan and Glen Lake.

Each year, guests from more than 20 states and six countries stay at my RV park, resort, and cottages to enjoy the fabled Sleeping Bear Dunes and its many trails and activities. Many community business owners rely on that tourism to make a living. That’s why it’s so important that we maintain the park’s roads, trails, campgrounds, and picnic areas so that visitors will continue to make the trip to this beautiful landscape.Gary Becker, president, Indigo Bluffs RV Park & Resort, Empire, Michigan

To address the deferred maintenance at Sleeping Bear Dunes and other NPS sites across the country, Congress should: 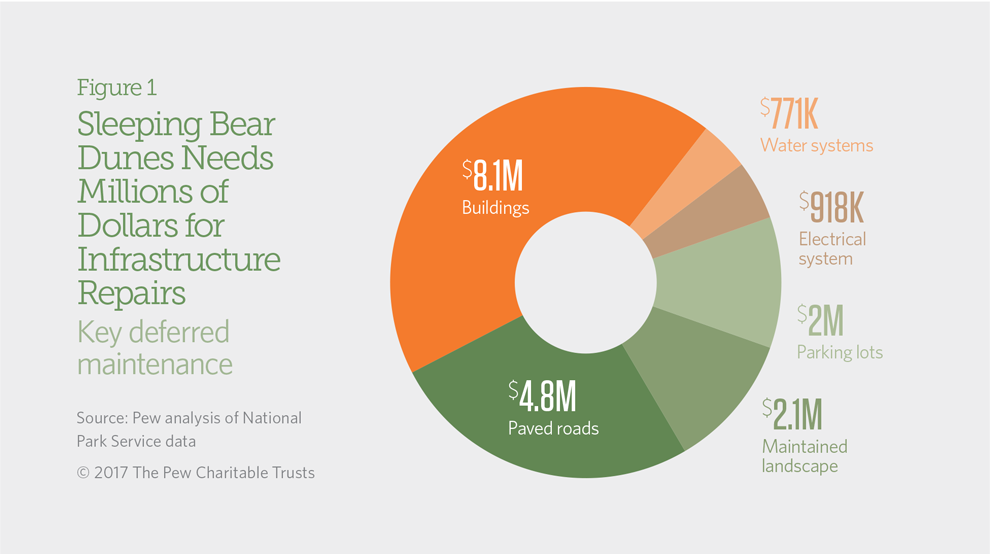