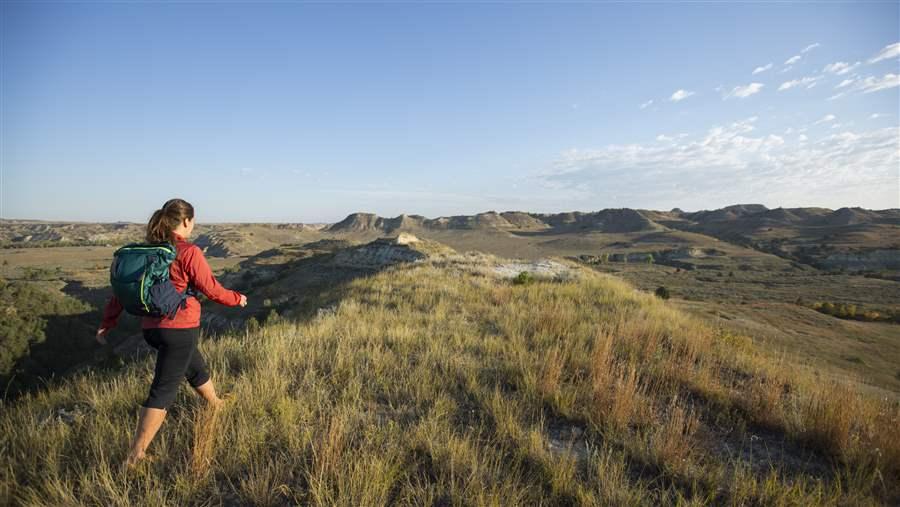 The New York Times listed the park at No. 5 on its 2016 list of must-see places, with Painted Canyon Overlook providing one of the best places to watch the sun rise over the badlands.

Theodore Roosevelt National Park—encompassing badlands, prairie, and a historic ranch in remote western North Dakota, threaded together by the winding Little Missouri River—draws some 500,000 visitors a year to the rugged landscape that inspired the 26th president to make conservation a cornerstone of his administration. Now the park that bears his name needs an estimated $41 million for repairs to roads, trails, and buildings, according to the National Park Service (NPS).

The New York Times listed the park at No. 5 on its 2016 list of must-see places, with Painted Canyon Overlook providing one of the best places to watch the sun rise over the badlands. A 36-mile scenic drive—and more than a dozen hiking trails—offers other ways to experience the land and see iconic western animals such as bison and prairie dogs. Heavy traffic on these routes and the harsh north country climate, however, have taken a toll on the park’s infrastructure. 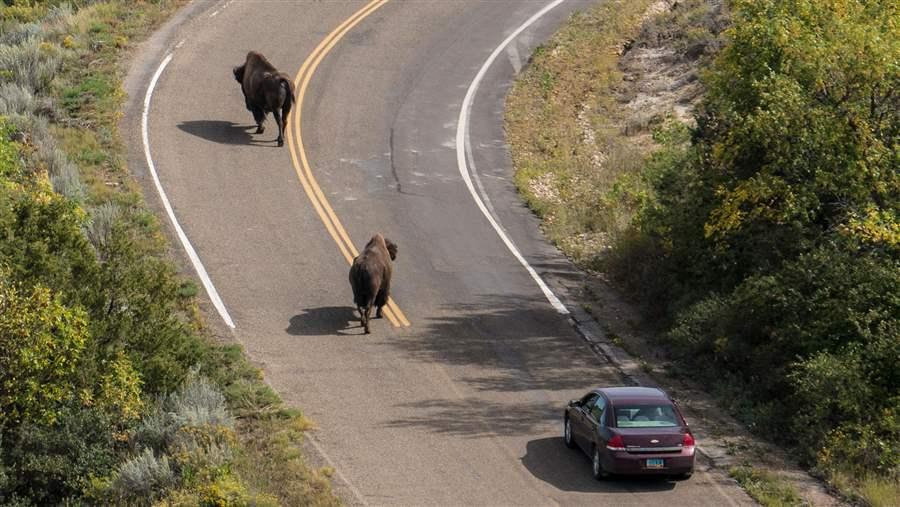 One of the first things many visitors see upon entering the park is the visitor center in the North Unit. The facility has significant visible cracks in its foundation that would cost more than half-a-million dollars to repair. Motorists also may experience the park’s deferred maintenance issues firsthand. Although the North Unit’s Loop Road was recently repaired and upgraded, $15 million is needed to fix the South Unit Loop Road, which has numerous potholes and large sections of cracked and chipped seal that have effectively turned the pavement into gravel. Some of the damage stems from severe flooding of the Little Missouri in 2011 that washed out portions of the road. In addition, upgrades are needed for road signage and safety. Some pullouts and overlooks aren’t compliant with the Americans with Disabilities Act (ADA), and lanes and shoulders need to be widened along dangerous stretches.

Nearly every trail in the park also requires attention, with a price tag of just under $500,000. Vegetation needs to be trimmed back to keep trails passable and visible, while tread resurfacing and repairs to signage, steps, and handrails are also necessary to improve visitor safety and prevent further deterioration.

The park’s buildings also need urgent attention. The bill is almost $4 million to repair or replace roofs, lighting, fire and alarm systems, and water and sewer connections. Energy efficiency upgrades such as new heating, air conditioning, and ventilation systems, occupancy sensors, and programmable thermostats are also needed. Upgrades would make bathrooms ADA-compliant. The park also needs more than $1 million to convert the Peaceful Valley Ranch site—one of the first dude ranches in the West to offer horseback tours to visitors—into an environmental education center. The conversion would help educate new generations on the value of  carrying forward Theodore Roosevelt’s legacy of conservation.

I do not believe that any man can adequately appreciate the world of to-day unless he has some knowledge of ... [and] some feeling for ... the history of the world of the past.Theodore Roosevelt (1911)

To address the deferred maintenance needs at Theodore Roosevelt National Park and other NPS sites in North Dakota and across the country, Congress should: 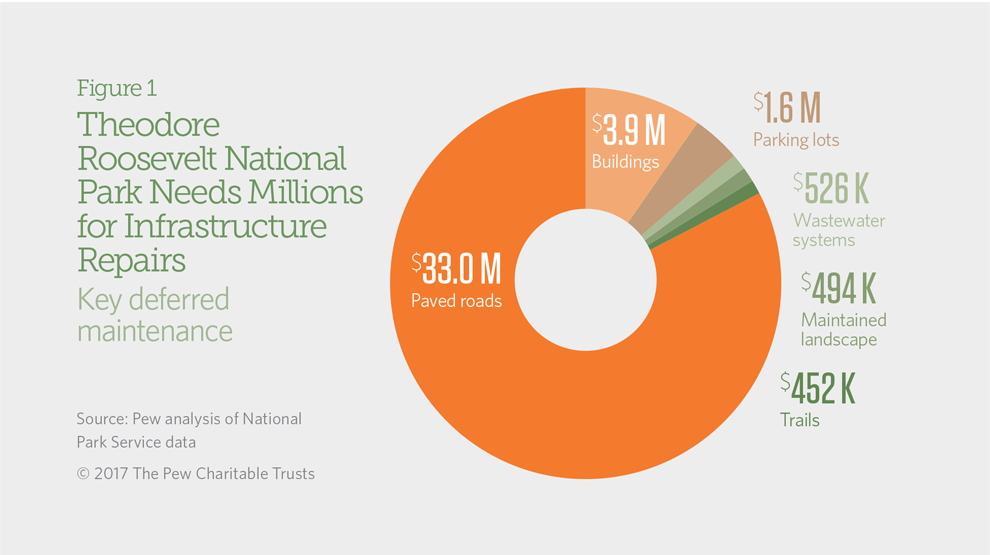