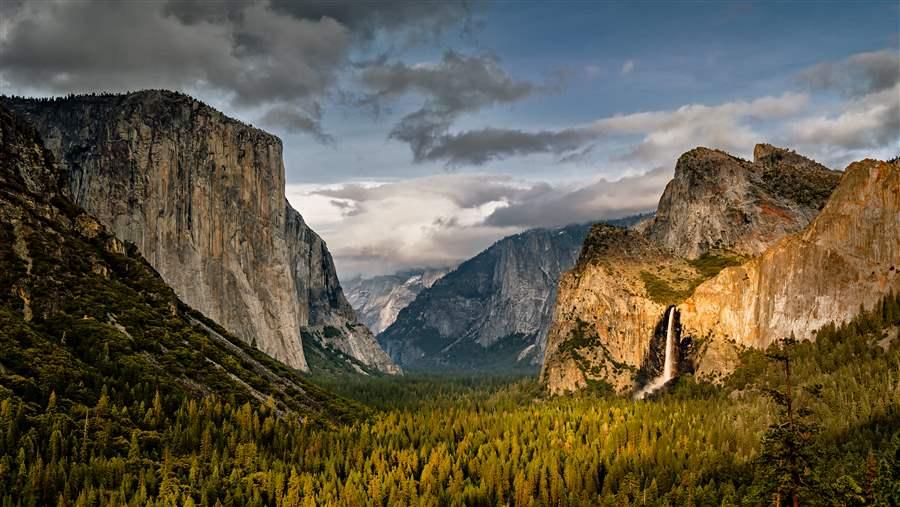 This page was updated in December 2016 to streamline the information and to correct source information.

Visitors to Yosemite National Park are treated to a distinctive landscape of soaring cliffs, domes, and free-flowing waterfalls. Together with the scenic backdrop for mountain meadows and giant sequoia groves, these dramatic features make the park one of the nation’s most exceptional natural and historic places. Today, however, Yosemite has a backlog of hundreds of millions of dollars in infrastructure repairs, and those maintenance needs are negatively affecting the experience of park visitors and the local ecosystem.1

Yosemite was established in 1890, predating the National Park Service (NPS) by nearly 30 years. John Muir, the famous naturalist, used the wonders of this place to convince lawmakers to create the NPS in 1916 as an official federal agency with a mandate to conserve the nation’s natural and historic gems for future generations to enjoy.2 But Muir’s vision is in jeopardy, as the NPS confronts the challenge of inadequate funding for infrastructure repairs not only for Yosemite, but also for park sites across the country. 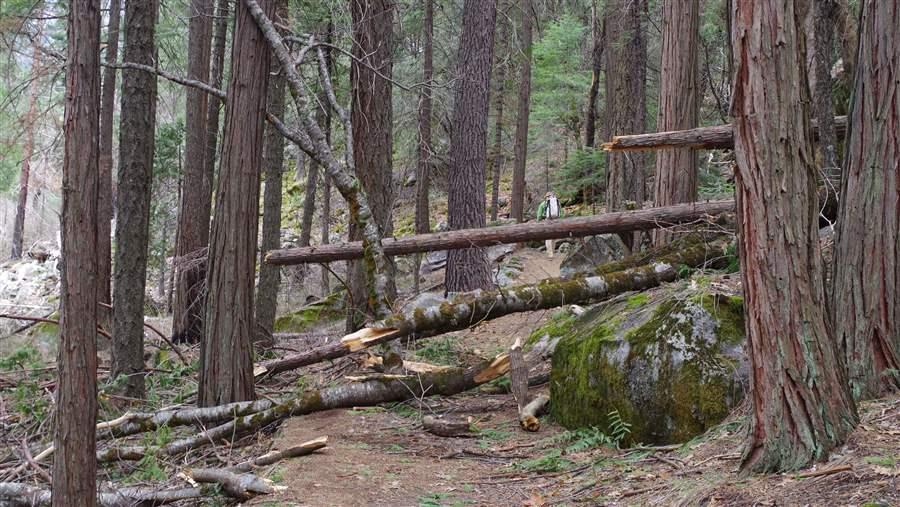 Fallen trees lie across a trail in Yosemite National Park, part of a half-billion-dollar deferred maintenance problem there.

Park rangers struggle to keep Yosemite’s many attractions open. The park spans 1,200 square miles,3 and traffic and congestion are common, especially during busy summer months. More than 95 percent of park visitors pass through Yosemite Valley, so the Valley Loop Road experiences the heaviest traffic.4 Developed as a stagecoach route in 1872, that road alone needs $19 million in deferred maintenance. Add to that the repair needs of the Tioga, Wawona, Glacier Point, and Hetch Hetchy roads, among others, and the total cost of fixing the park’s roads comes to $225 million.

Yosemite, where my deep love of the outdoors was born a few short decades ago, needs more than half a billion dollars in repairs, including $100 million of which is considered critical for visitor safety and access.” Gavin Newsom, lieutenant governor of California

Once visitors get out of their cars, they find walking, hiking, and biking trails that are in disrepair or closed. More than $17 million in deferred maintenance affects these systems, including the Yosemite Bike Path, the Stubblefield Canyon Trail, and the Clark Point Spur Trail, which leads visitors to the famed Vernal Fall.

Even more urgent, Yosemite’s Mariposa Grove of giant sequoias is now virtually inaccessible.5 President Abraham Lincoln first protected the grove in 1864 for “public use, resort, and recreation,” and that presidential act has long been considered the seed of America’s renowned system of national and state parks.6 Deferred maintenance of the park’s sewage and water lines has caused chlorinated water to leak into the grove, affecting the growth and longevity of some of its more than 500 mature sequoias, which are among the oldest living things on Earth.7 The agency estimates that it will need $1.8 million to repair the leaks.8

The historic properties within the park have problems, too. For instance, the Ansel Adams Gallery, established by the noted photographer and his wife as an artists’ workshop and display site for many of his special edition prints, is in disrepair. Together, the large and growing number of damaged park structures faces more than $127 million in deferred maintenance.

To address the deferred maintenance at Yosemite and other NPS sites in California and across the country, Congress should: 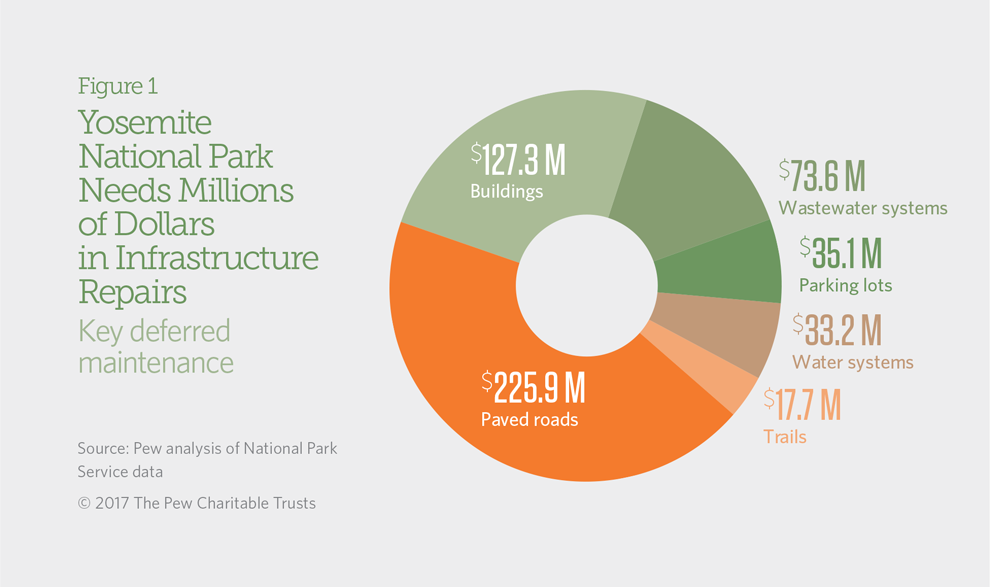 The Pew Charitable Trusts works alongside the National Park Conservation Association, the National Trust for Historic Preservation, and other national and local groups to ensure that our national park resources are maintained and protected for future generations to enjoy.

Size and scale are what make Sequoia and Kings Canyon National Parks unique. They are home to the largest trees in the world and the highest peak in the contiguous United States. Congress established Kings Canyon in 1940, followed by Sequoia in 1980. Today, the two are jointly managed due to their geographic proximity in California's Sierra Nevada.