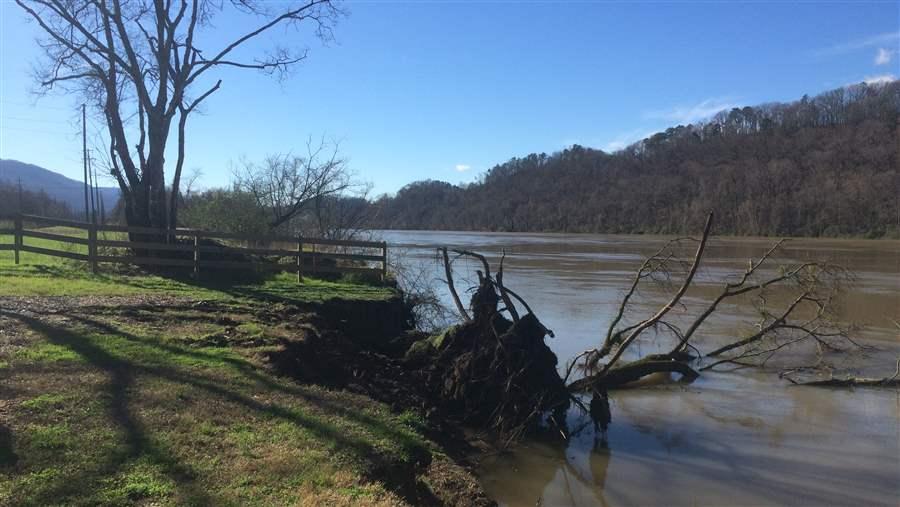 Storms and the flow of the Tennessee River have weakened the shoreline inside the national military park. Stabilizing it is among the park’s needed repairs.

The battle fought on this land marked a turning point for the Union Army in the Civil War because it opened the path to Atlanta and the rest of the Deep South. Union and Confederate soldiers faced off in northern Georgia and southern Tennessee in fall 1863 near the Chickamauga Creek, which some translate from the Cherokee language as “the River of Death.”1 Confederate forces seeking to retake the important railway city of Chattanooga, Tennessee, launched a fierce attack on the Union Army. But General George “the Rock of Chickamauga” Thomas rallied his soldiers and prevented the Army’s collapse before retreating to Chattanooga.2 Over 34,000 people were killed, captured or wounded in the fighting, second only to the Battle of Gettysburg.3 Congress dedicated Chickamauga and Chattanooga National Military Park 32 years later, and it served as a model for other battlefield parks.4 Unfortunately, this sacred ground has an estimated $50 million in deferred maintenance. 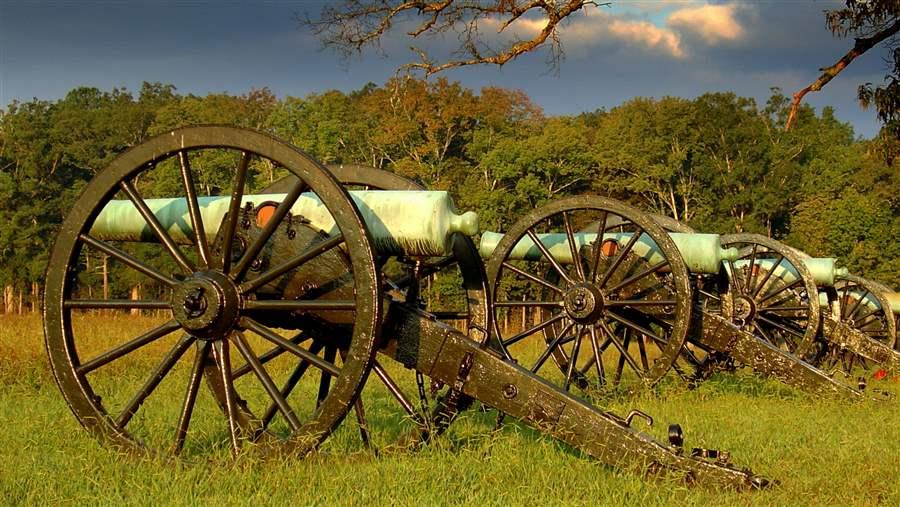 The park’s repair backlog is nearly split evenly between infrastructure—such as roads and trails—and memorials and landscaping. About 700 plaques, markers, and monuments are scattered across the 9,000-acre Chickamauga Battlefield5 and many need refurbishment. The landscape is in need of more than $2 million in repairs. This includes Signal Point, at the park’s northernmost edge. For centuries, Native Americans used this high ground to send smoke signals across the Tennessee Valley. During the Revolutionary War, Union lookouts used it to monitor Confederate troop movements below.

Another section of the park unique for its earlier history is also in need of repair to protect its archaeological integrity. Paleo-Indians can be traced back to Moccasin Bend National Archeological District as early as 10,000 B.C.

In the early 1830s,6 Cherokees were displaced from here in one of the “Trail of Tears” forced relocations of American Indians to western lands. The National Park Service (NPS) lists $7.2 million in deferred maintenance to shore up the Tennessee River waterfront near the site to make it safe and accessible to visitors.

Moccasin Bend is home to Civil War battles and Native American archeological treasures, but mounting overdue repairs are jeopardizing our ability to protect these resources and allow visitors to access the area.Michael Wurzel, executive director of Friends of Moccasin Bend

To address the deferred maintenance at Chickamauga and Chattanooga and other NPS sites in Tennessee, Georgia, and across the country, Congress should: 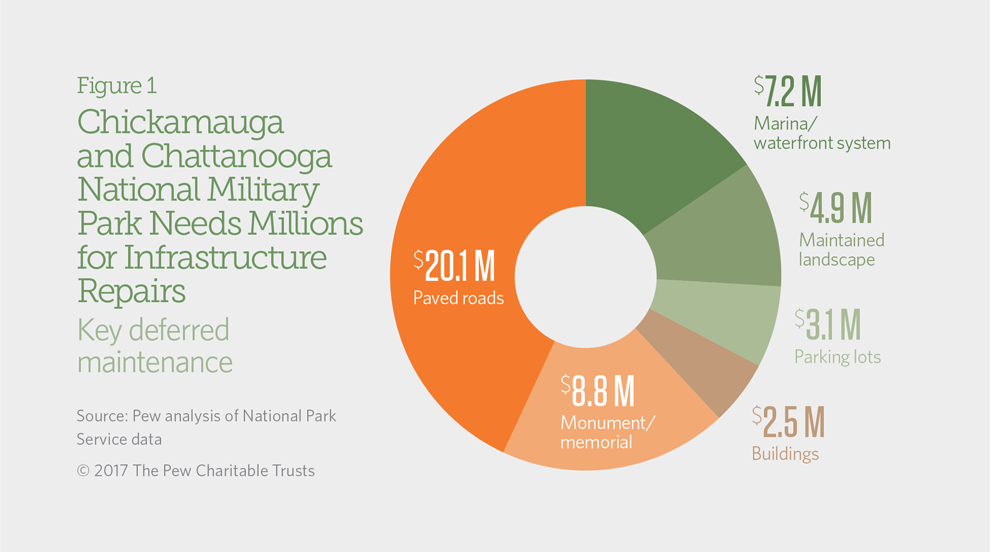