Lee Wagner, a Marine Corps veteran and suicide intervention specialist, has spent the past six years helping fellow veterans process the trauma of their combat experiences, with an eye toward preventing them from taking their own lives. Like many of his peers, Wagner is a gun owner.

In recent months, Wagner has pushed Pennsylvania state lawmakers to pass a bipartisan-backed extreme risk protection order bill. So-called red flag laws temporarily remove firearms from those who may be a harm to themselves or others, and they are lauded by public health experts, law enforcement officials and gun safety advocates. At least eight other states also are considering red flag bills.

“When someone is having a really bad day,” Wagner said, “we need to remove that tool of harm and keep them alive.”

Passing these bills, however, may not be politically feasible this year: The Republican legislative majority in Pennsylvania and many other states won’t even give them a committee hearing.

Most of the 19 states that have red flag laws adopted them after the 2018 school shooting in Parkland, Florida—a tragedy that could have been prevented if the state had a red flag law, proponents argue. While most measures were enacted in Democratic-dominated states, some passed with bipartisan support, including the one in Florida, where the GOP controls both the legislature and the governor’s office. Republican governors in Maryland and Vermont also signed similar bills into law.

But that momentum has petered out as national pressure for gun restrictions has waned in the years since youth-led protests swept the country after Parkland. Every Democratic-controlled state in the United States now has a red flag law except for Maine, which has a watered-down alternative reached through a bipartisan compromise. In the rest of the country, midterm-focused Republicans are determined to galvanize their pro-gun base.

Passing red flag legislation will be a heavy lift in the remaining states, said Josh Horwitz, executive director of the gun safety nonprofits Coalition to Stop Gun Violence and the Educational Fund to Stop Gun Violence. In states without Democratic control of the legislature, Republican lawmakers are listening to the grassroots of their party who fear the government is trying to take their guns, he said.

“Of the states we think have an opportunity to move forward, there’s no place where we can go, ‘That’s a slam dunk, that’ll be easy,’” he said.

Under most of the laws, relatives, household members or law enforcement officers must petition a civil court to temporarily confiscate somebody’s firearms. A judge weighs the evidence, including testimony from witnesses, before issuing the noncriminal order. Usually, the order expires within a year.

Red Flag Laws Are Saving Lives. They Could Save More.

Red Flag Laws Are Saving Lives. They Could Save More.

The Pennsylvania bill does not have a chance of passing this session, Finnell said, especially since Republican state Rep. Rob Kauffman, the chair of the House Judiciary Committee, refuses to give the bill a hearing. Kauffman declined to speak to Stateline.

Republican state Rep. Todd Stephens, one of the measure’s cosponsors, said both parties should embrace red flag laws to protect families and prevent suicides. This should appeal to his Republican colleagues, he said, since rural communities in the commonwealth have a higher rate of suicide than in urban areas. Studies show suicide rates have dropped in states with red flag laws.

“I’ll keep working to convince the chairman that this legislation is narrowly tailored and focused on helping those who are in crisis and their families,” said Stephens, a former federal firearms prosecutor. “Hopefully, at some point, we get meaningful dialogue.”

This measure also should appeal to gun owners, said Adam Garber, executive director of CeaseFirePA, a Pennsylvania gun safety group. Under current state law, police officers and doctors can commit a person to a psychiatric facility, even against their will, if they are at risk to themselves or others. That person also loses access to their firearms, possibly for life. Red flag laws are a temporary alternative that preserves the gun owner’s long-term rights.

“This policy is not about interfering with the right to own guns,” he said. “It’s about saving gun owners’ lives. This will give them a chance to go hunting another day.”

But gun rights activists don’t buy that argument. Red flag laws flout due process, said F. Paul Valone, president of Grass Roots North Carolina. He opposes provisions in red flag laws, designed for use in a crisis, that allow judges to confiscate weapons after an emergency hearing without giving gun owners the chance to defend themselves. However, gun owners typically retain the right to have a full hearing within days of the initial order.

Some critics say the increasingly popular gun laws are unconstitutional.

“The idea of keeping firearms out of the hands of dangerous and unstable people is a lovely idea until you look at the nuts and bolts of implementation,” said Valone, who has spoken out strongly against a red flag bill in North Carolina. The bill will neither get a committee hearing nor pass the legislature, Republican lawmakers have told him.

Democratic state Rep. Marcia Morey, one of the sponsors of the legislation and a former district court judge for close to two decades, told Stateline there is no appetite for her bill under the current configuration of the state legislature. This is the second session she’s introduced the bill. She plans on introducing the bill again next session in 2023, with a potentially different political makeup of the legislature.

“It’s a no-brainer,” she said. “We are going to be relentless on this. We have to do something.”

Unfortunately, she said, it often takes mass shootings such as Parkland to jumpstart debate for these policies. But she doesn’t want to just wait for another tragedy.

In some communities, especially urban areas, gun violence has never left the spotlight, said Wisconsin state Rep. Lena Taylor, a Milwaukee Democrat sponsoring an extreme risk protection order bill. As in other states, the Wisconsin bill has not received a hearing by the Republican-controlled legislature.

“We just hit a brick wall of just not being willing to even try to figure this out,” Taylor said. “For people who have lost loved ones, that’s what hurts. I feel like we owe them. There’s only so many prayers and condolences to give.”

Both Democratic Gov. Tony Evers and Democratic Attorney General Josh Kaul have thrown their political weight behind the measure, saying it will make communities safer after a year that was the deadliest for gun violence in the past two decades. The more the public knows about these laws, Kaul said, the more pressure there will be on the legislature to hold a hearing for the bill.

“It is critical we take steps to reduce gun violence,” Kaul told Stateline. “What we have seen in the wake of the pandemic with rising shootings around the country has only made it even more urgent.”

Wisconsinites seem to overwhelmingly support the measure. A 2019 poll from Marquette University showed 81% of respondents were in favor of adopting a red flag law. Public sentiment continues to give gun safety advocates such as Jeri Bonavia, executive director of the Wisconsin Anti-Violence Effort Educational Fund, hope that the Badger State may one day pass this bill.

“It may not happen this session,” she said, “but I believe it ultimately will.”

Gun Rules Advanced in Many States Even Before Recent Shootings

Gun Rules Advanced in Many States Even Before Recent Shootings 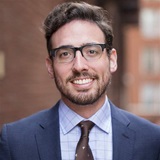