Washington Gov. Jay Inslee on Monday signed a law creating a “public option” health care plan for people whose incomes are too high to qualify for Medicaid but too low to afford private insurance.

Inslee said many Washingtonians struggle to purchase policies on the state’s health insurance exchange even with the federal subsidies available under the Affordable Care Act.

Inslee, a Democrat who is running for president, characterized the new “Cascade Care” plan as a response to repeated efforts by President Donald Trump and congressional Republicans to undermine the ACA.

“This legislation is one way for our state to push back and ensure all Washingtonians have a quality health insurance option they can afford,” he said.

The idea might appeal to people hard-pressed to pay for plans on the health care exchanges.

All that is happening at a time when many Democrats, including a number of those running for president, have embraced the concept of Medicare-for-all.

Each state’s public option plan is different. Under Washington’s law, the state Medicaid agency must contract with at least one carrier on the state’s health insurance exchange to offer a state-defined plan to any Washingtonian who wants to purchase one. The current cut-off for Medicaid eligibility is 138% of poverty, or about $17,236 a year for an individual.

Under the law, nobody who participates in Cascade Care should have to spend more than 10% of their income on premiums. The law also limits copayments and deductibles.

According to the Economic Opportunity Institute, a Seattle-based nonprofit, many Washingtonians who receive federal subsidies to purchase policies on the health insurance exchange still pay as much as a third of their incomes on premiums and other cost-sharing expenses. In 2017, the institute said, 443,000 Washington residents were uninsured.

To push medical providers to treat Cascade Care patients, the reimbursement rate will be 160% of what Medicare pays, which is considerably higher than what Medicaid pays now. 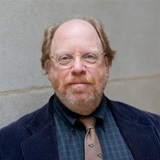