In the world’s ocean, coral reefs play an essential role in supporting biodiversity and livelihoods, and in helping communities adapt to a changing climate. The array of marine life that relies on this ecosystem ranges from commercially important fish, such as groupers and snappers, to eye-catching invertebrate species, including sea slugs (nudibranch). More than 1 billion people depend on coral reefs for food and income. Reefs also act as a natural barrier during storms, helping to reduce the full impact of waves before they reach shorelines and coastal communities. But today, coral reefs are among the most threatened ecosystems on our planet.

Recognizing the importance of corals to nature and people, several governments have included coral reef protections as a tool to help adapt to climate change in their nationally determined contributions (NDCs) under the Paris Agreement, the landmark international treaty that came out of the 2015 United Nations Climate Change Conference. Protecting, restoring, and monitoring coral reefs can be an important adaptation measure within the NDCs. To help show the extensive value of this versatile and vulnerable ecosystem, here are six facts about coral reefs:

Coral reefs are hotbeds of biodiversity, acting as sites for shelter, reproduction, feeding, and nursery areas for a diversity of marine species. Although these reefs make up less than 1% of the ocean floor, they support an estimated 25% of all marine species. That’s why around 6 million fishers around the world rely on this ecosystem, which has an estimated economic value of US$375 billion per year globally in economic goods and services. In the U.S. alone, the annual commercial value of fisheries from coral reefs is estimated at over US$100 million.

Some benefits of coral reefs are hard to measure, especially as they relate to shaping cultural heritage. Corals hold significant cultural value for coastal communities around the world. For example, Aboriginal and Torres Strait Islanders hold strong connections to the Great Barrier Reef in Australia; in Hawaii, the coral polyp is considered to be one of the first organisms created in traditional Hawaiian stories, underscoring its importance in Hawaiian culture.

Even for those living far from the ocean, coral reefs are a source of wonder and an emblem of marine biodiversity. Every year, coral reef tourism accounts for around 70 million trips and $36 billion in revenue.

Although corals are often mistaken for rocks or plants, they are animals. Corals belong to the phylum Cnidaria, invertebrates closely related to sea anemones and jellyfish that use special cells (cnidocytes) to capture prey. Individual corals are called polyps, and coral reefs are made up of thousands of polyps living together.

Deep-sea coral reefs have existed for thousands of years, but little is known about them. Since the 1800s fishers have found traces of deep-sea coral in their gear, but only recent scientific expeditions have confirmed their presence from the Arctic Ocean to the far South Pacific off New Zealand. Unfortunately, bottom trawl fishing and changes to ocean acidity are threatening deep-water corals, prompting some countries—including the U.K. and Norway—to establish marine protected areas for deep-sea coral reefs.

5. Coral reefs do not store carbon...

Coral reefs release more carbon than they store but the amount released is small. Since coral reefs do not absorb carbon, they do not play a direct role in climate change mitigation. However, they are important for climate adaptation.

6. … but coral reefs do have climate adaptation benefits.

For many coastal communities, coral reefs are the first line of defense from storms and flooding, reducing total wave height by an average of 84%. Without coral reefs, researchers estimate that expected annual damages from flooding would double, and storm costs would triple worldwide. In the U.S., coral reefs prevent flood damages of $1.8 billion annually.

Healthy coral reefs play a key role in climate adaptation, and governments should commit to their protection and restoration through adaptation measures in their Paris Agreement NDCs. 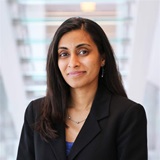