Small businesses are central to the country’s economy, providing goods and services while creating jobs and encouraging community growth. Small businesses also often find themselves at the forefront of the impacts of extreme weather events, including flooding. Such events threaten businesses directly—through personal and property damage—and indirectly, for example, when power outages force extended closures or when flooded roadways disrupt supply chains and cut off customer and employee access.

Making U.S. infrastructure more resilient to extreme weather would help lessen those impacts, which is why more than 500 small-business leaders from across the nation recently called on Congress to develop a flood-ready standard to make public structures more flood-resilient. Here, two of those business leaders share why this matters.

In October 2015, parts of South Carolina were hit with a 1,000-year rainfall event that lasted three days, during which Columbia received half a foot of rain in a day. The storm and its associated flooding caused $1.49 billion in damage across the state and closed 410 roads and bridges, including 75 miles of Interstate 95.

Inside Forest Lake Fabrics, a family business founded by owner Michael Marsha’s great-grandfather, floodwaters rose to 6 feet, destroying $1 million worth of product. The storm also inundated surrounding roads and cut the store’s electricity—and Marsha’s access to his business—for days. In rebuilding, Marsha elevated his building by 6 feet and fortified it with flood shields designed to divert floodwaters. But he knows more is needed, including improvements to local infrastructure’s flood resiliency, to help his community withstand the next storm.

Hurricane Harvey brought more than 1 trillion gallons of rain to Harris County, Texas, in August 2017. Statewide, the storm forced 24 hospitals to evacuate, made 781 roads impassable, and flooded hundreds of thousands of homes and businesses. Nearly 300,000 electric utility customers lost power, including the Three Brothers Bakery, which also faced flooding that left 4½ feet of water in one of its stores.

A Small Business Administration loan helped Three Brothers owner Robert Jucker and his family rebuild their building, but some businesses in their community closed permanently and others are still struggling to recover, even two years after the hurricane. Having seen his community experience multiple floods in the past 20 years, Jucker knows firsthand that more is needed to prepare for the next time waters rise, including ensuring the country’s infrastructure is more flood-ready.

Flooding does not discriminate between political parties or boundaries. It affects all communities, coastal and inland, nationwide. It’s time for Congress to recognize the severity of this threat and develop stronger standards to make our country’s infrastructure more flood-ready, for small-business owners, and all Americans.

Forbes Tompkins is an officer with The Pew Charitable Trusts’ flood-prepared communities initiative. 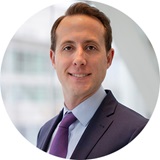