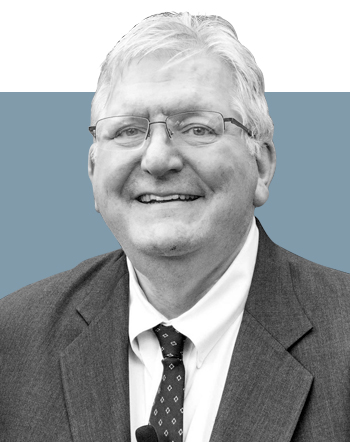 Pat Nolan is a leading voice in the national criminal justice reform movement. The former Republican member of the California State Assembly served 29 months in federal custody for racketeering during the 1990s, and after his release he got involved in efforts to make sentencing and corrections policies more effective. He directs the Center for Criminal Justice Reform at the American Conservative Union Foundation and is an active member of Right on Crime, an alliance of conservatives that advocates for changes to the criminal justice system.

Q. Can you describe your previous position on prison and criminal justice?

A. When I was elected to the California Legislature in 1978, I felt crime was a major problem. I was concerned about public safety, and I thought that if we wanted less crime, we needed to arrest and lock up more perpetrators. So I supported tougher sentences, I supported building more prisons, and I really thought that was the solution. And a majority of my colleagues, both Democrat and Republican, felt the same way. It was pretty straightforward: You lock up the bad guys, and you have safer streets.

Q. What factors shaped that thinking?

A. I grew up on Crenshaw Boulevard in Los Angeles for the first 11 years of my life, and crime was a major problem there. I was a paperboy, and I was robbed twice on my route, beaten up several times, and had my papers stolen. My brother was a delivery boy for the corner pharmacy, which was owned by an elderly couple, and he came back from a delivery one day and found the couple bound and gagged in the back. He was 12 at the time, and that was very traumatic. We were all frightened by the idea that there were crazy fiends on drugs, capable of doing terrible things to obtain more drugs, right in our neighborhood.

So I carried that with me when I grew up, and I went to the Legislature thinking, “I want to do something about that. I don’t want other people to be preyed upon that way.”

Q. What were your views on the impact of prison on crime?

A. First of all, I believed that isolating criminals in prison gave society protection, but I also thought there would be rehabilitation programs. In fact, in the Legislature we constantly heard the Department of Corrections bragging about the programs they developed to help inmates turn their lives around. So I imagined that prison didn’t need to be a terrible experience. In fact, I believed it could be a transformative experience, giving inmates skills and a moral center while separating them from society until the edges were smoothed off.

Q. How would you describe your position on prison and criminal justice today?

A. First, I think we need prisons. There are people who are such a danger to society that we do need to remove them from the community. But I also believe in human dignity and in redemption. I believe those in prison should not be debased or humiliated, and every effort should be made to help them turn their lives around. And that’s not the reality today in many prisons. Instead, the skills someone develops to survive inside prison tend to make them better criminals and more dangerous when they get out.

Secondly, we’ve gotten to the point where prison has become the default punishment for too many lower-level crimes. So we incarcerate people who frankly aren’t a danger to society. By overusing incarceration, we’ve caused our prison population to explode, and at great cost both fiscally and in human terms. Excessive incarceration separates families and makes returning inmates virtually unemployable. As a conservative, I feel taxpayers aren’t getting as much public safety as we are paying for.

So we need to handle low-level offenders without sending them to prison. They need to be held accountable, but if they are not a physical threat to anyone, let them remain home with their families, stay employed, and be under supervision. And we have to provide them with drug treatment and mental health services if they need them.

Q. What caused you to change your position on criminal justice?

A. I was incarcerated in federal custody for 29 months for a racketeering conviction in 1993, and I quickly realized that much of what I had been told about the corrections system was wrong. I saw all these kids from broken families and bad neighborhoods swept up mostly on drug charges, and the system was just warehousing them. I had assumed the prisons were doing all they could to help these young men return to society and make a fresh start, but that wasn’t happening. And the message from the guards, repeated with great frequency, was, “You’re worthless. You’ll never amount to anything.”

In fact, the guards would often tell inmates as they walked out through the gate, “We’ll see you in a few months.” What a send-off to give someone who hopes to stay out of trouble.

The odds are really stacked against most of these people. In contrast, I was lucky enough to come from a good background with a wonderful family and a great education. I’d held positions of leadership and great responsibility. Yet, the denigration by the guards, their constant humiliation of all inmates, took a great toll on me. Now, imagine you are a kid who grew up in an abusive home, ran away, slept in a park or on the street, got involved in drugs and petty crime, dropped out of school—think what it does to him and his self-image to be told, “You’re worthless.” They begin to believe it. And so the cycle repeats.

Q. How has your conversion on criminal justice influenced your career?

A. When I left prison in 1996, former Nixon counsel and Watergate figure Chuck Colson asked me to come to Washington and run Justice Fellowship, and I’ve worked on criminal justice reform ever since. Chuck began his reform efforts in 1985, and he was the first conservative to say, “Hey, there’s a better way to do this.” It was lonely for him, but in the years since, many conservative leaders have come to the same conclusion that prisons, like all government agencies, have become large and bureaucratic, and are serving their own interests rather than the public.

Chuck once said that only a nation that is rich and stupid would continue to spend billions on a system that leaves offenders’ behavior unchanged, victims’ needs unmet, and communities living in fear of crime. That opinion pretty well sums up the thinking of most conservatives today. A straw poll at the 2016 Conservative Political Action Conference found that 92 percent of the attendees agreed that the criminal justice system was broken and that conservatives should lead the efforts to fix it. Sixty-six percent of them strongly agreed.

Q. Have you faced any surprising reactions to the change in your views?

A. When people talk with me in person, there’s a very good reaction. I’m offering hope that there is a way we can have safer communities and lower costs, and turn lives around. Among people who don’t know me, there are skeptics who say it’s all phony. But one thing I learned from politics is that you don’t need to convince everybody. You just need to convince enough to succeed. And I think we’ve shown in the states that people are really ready for reform, and the results are proving us right. It started with Texas, but then South Carolina, Georgia, Utah, Mississippi, Alaska, and Louisiana have shown that by reserving costly prison beds for truly dangerous offenders and providing mental health services and addiction treatment in the community, you can make communities safer and save tax dollars in the process. For example, Texas has been able to close eight prisons while cutting the crime rate to the lowest level since 1967, and they saved over $3 billion. That is being smart on crime.

A. We’re getting pushback from many of those who benefit from the status quo. I refer to it as “The Empire Strikes Back.” Most are very sincere, but frankly they’re defending a system that is unjust, harms families, and doesn’t make us safer. What we propose holds people accountable in an effective way that offers hope to offenders, victims, and communities. Anyway, I’m not worried because I’m patient. We’re in this for the long haul.