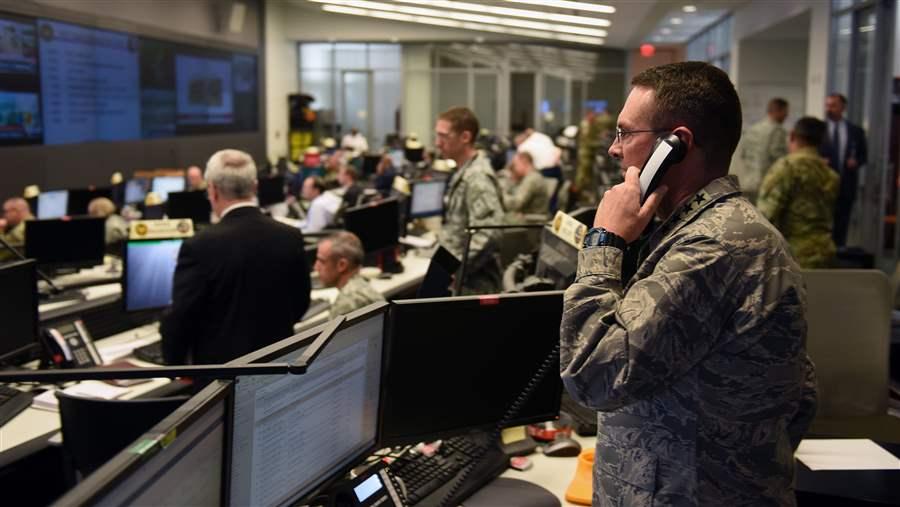 A week after Hurricane Harvey made landfall in southeastern Texas, at least 21 states had sent emergency response teams and equipment to help. Such interstate aid is coordinated through the Emergency Management Assistance Compact (EMAC), a mutual aid agreement among states. These cooperative commitments represent another aspect of the “all hands on deck” approach that the federal government and states take to disaster preparation and response.

The compact began as a regional effort among southeastern states and was formalized in federal law in 1996; it now includes all 50 states, the District of Columbia, and the territories of Puerto Rico, the U.S. Virgin Islands, and Guam. In the 21 years since EMAC’s founding, states have helped each other 221 times under the agreement’s provisions, which include sending supplies, vehicles, and other equipment as well as disaster response and recovery experts.

For example, when hurricanes Katrina, Rita, and Wilma dealt a historic blow to the Gulf region in 2005, 49 states, the District, Puerto Rico, and the U.S. Virgin Islands provided at least $800 million in personnel and equipment to help Alabama, Florida, Louisiana, Mississippi, and Texas recover from the widespread damage. And after Hurricane Matthew last fall, 20 states furnished a wide range of resources to help the affected areas. North and South Carolina provided assistance to each other as they dealt with the impacts of the storm. Florida received equipment and about 120 people from 10 states, at a net cost of almost $1.7 million, according to the National Emergency Management Association (NEMA), which administers the compact. South Carolina was particularly hard hit by devastating floods, and 135 specialists traveled from as far away as Washington and Alaska, at a cost of $3.4 million. (See Figure 1.) 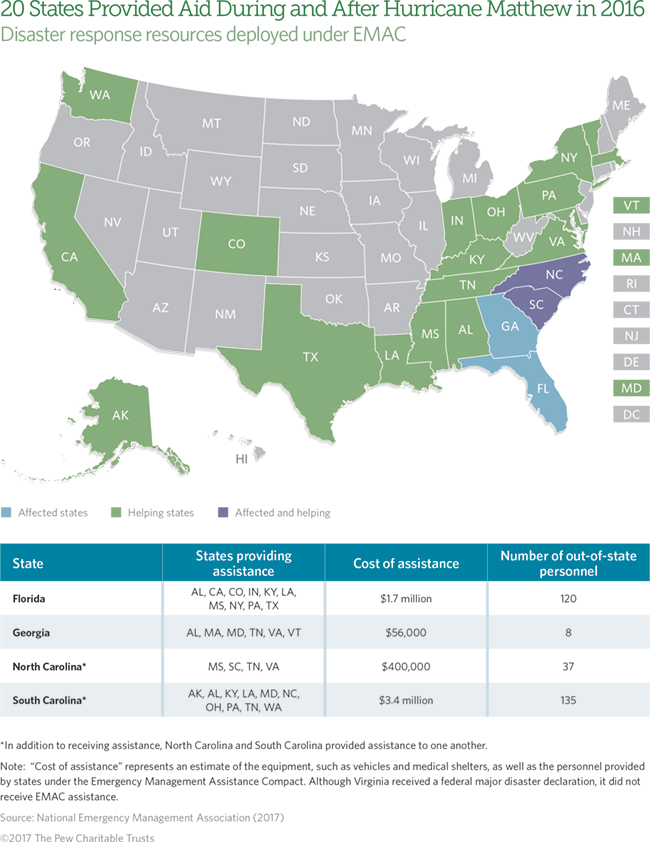 The personnel deployed between states during and after Matthew possessed a broad range of expertise, reflecting the array of assistance states need after a major disaster. Some filled near-term roles, conducting search and rescue, incident management, and debris removal. Others were specialists in administering federal disaster aid, such as the Federal Emergency Management Agency’s (FEMA’s) Public Assistance and Individual Assistance programs. Still others, including registered nurses, medical shelter teams, and public health experts, provided immediate and longer-term medical care for residents and first responders.

States that receive aid are responsible for reimbursing their neighbors that help. If a federal disaster is declared, the U.S. government covers some of the costs—generally 75 percent. Providing states must document expenses for the mission, and receiving states are responsible for paying their helping states back—regardless of whether a federal disaster has been declared, said Angela Copple, program director of EMAC. Although reimbursement may be as fast as a few weeks, it can also take months, because complex documentation is required of both payer and payee states.

FEMA provides $2 million annually to NEMA to administer the compact, which includes supporting the coordination and training that states require to help their neighbors in need, as well as managing the online system that makes the compact’s interstate work possible. Additionally, after each incident, NEMA brings the participants together to discuss lessons learned and identify best practices, as part of an ongoing improvement process.

The state-to-state assistance provided under EMAC is just one example of how responding to natural disasters requires an immediate and coordinated response by all levels of government. Other mutual aid agreements exist within regions, including some between U.S. states and bordering Canadian provinces, and among counties to ensure that communities receive the help they need, especially when the magnitude of the damage exceeds the affected jurisdiction’s capacity to deliver needed services to its citizens. 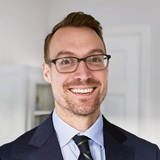