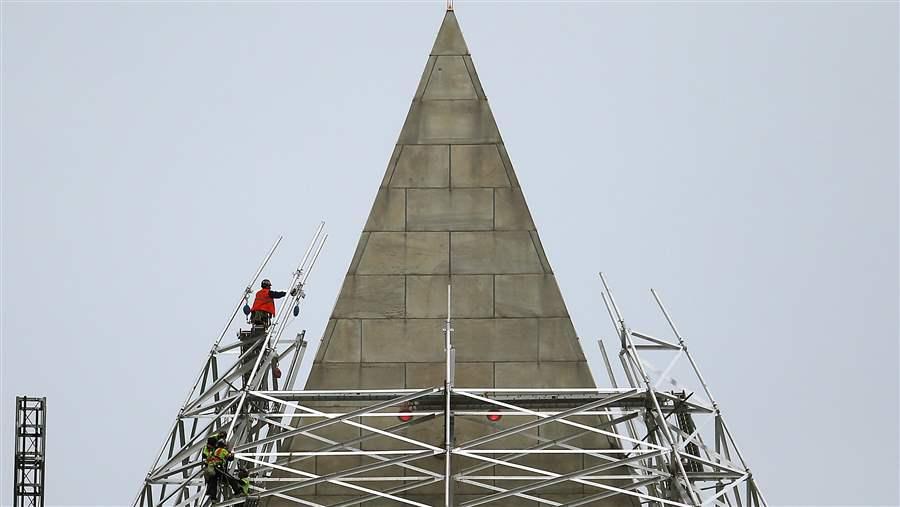 Crews work to restore the Washington Monument after it was damaged when a magnitude 5.8 earthquake struck the capital on Aug. 23, 2011.

When Americans step up to help preserve our most iconic places, big things can happen. Small and large donations are helping to ensure that our national parks are protected for future generations.

Our national parks have benefited from private philanthropy since their creation over 100 years ago. Contributions from the Rockefeller family are perhaps the most well-known. The family has donated millions to fund visitor centers and museums, build roads, and expand park boundaries since the early 20th century. But they are only some of the many private philanthropists who have contributed to the parks over the years.

Read on to learn how private philanthropy is helping the National Park Service tackle some of its most costly maintenance challenges. 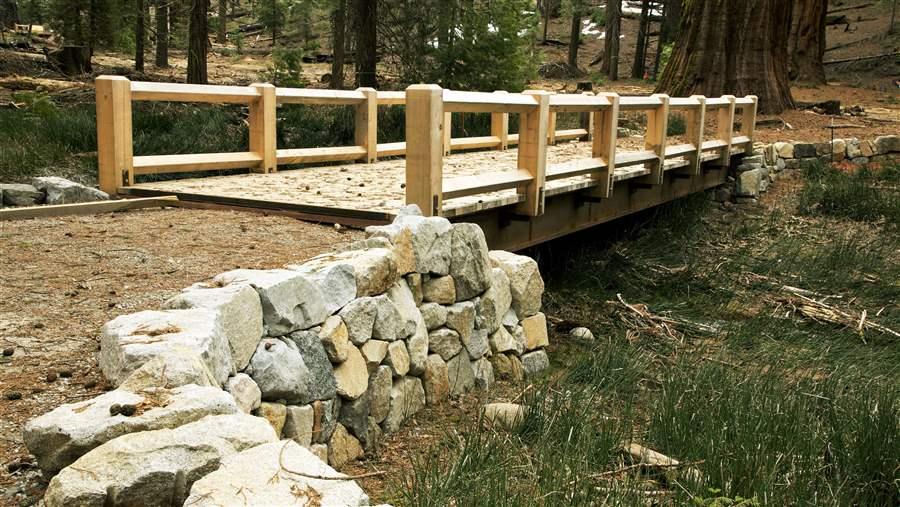 In 1864, Congress set aside Yosemite Valley and Mariposa Grove, a square mile of giant sequoias on its southern boundary, as protected lands. A century and a half later, development inside the grove had taken a toll on the sequoias’ fragile habitat. Paved roads snaked among the trunks, and aging asphalt and heavily trodden trails had compacted the soil, disrupting water flow and jeopardizing the trees’ health.

Restoration experts have been working to reverse damage to the sequoias. Crews have removed unnecessary buildings and pavement and rebuilt the trees’ habitat. They improved drainage in the grove to ensure that water can easily reach thirsty roots. They built raised boardwalks and environmentally sustainable trails, allowing visitors to explore the grove without inadvertently damaging its wetland ecosystem, and they added accessible trails to ensure that people of all abilities can experience the sequoias’ grandeur. 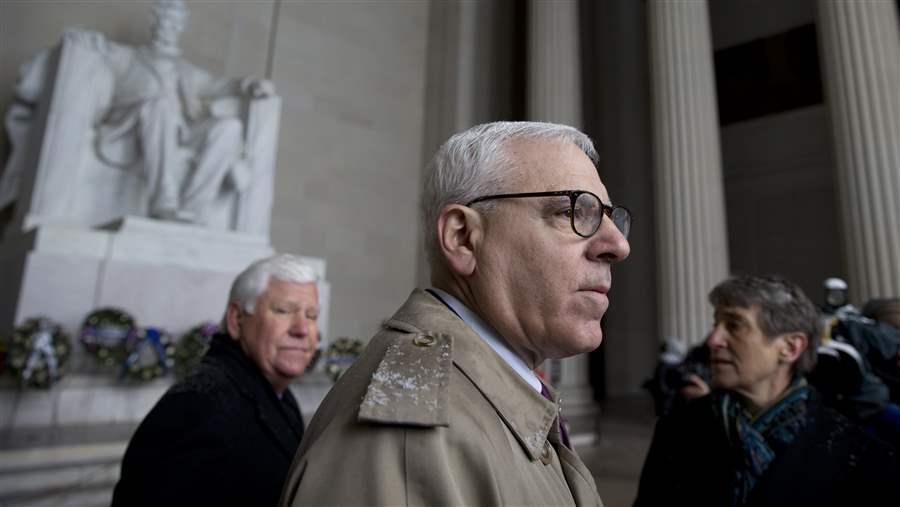 Philanthropist David Rubenstein stands at the Lincoln Memorial, which he helped restore with an $18.5 million donation.

Private philanthropist David Rubenstein, co-CEO of The Carlyle Group, is creating a legacy as a stalwart for park restoration. To date, his donations include $7.5 million to restore the Washington Monument after the 2011 earthquake; $12.35 million to restore Arlington House and The Robert E. Lee Memorial; $5 million for an endowment for the White House Visitor Center; $5.37 million to improve the U.S. Marine Corps War Memorial; $18.5 million to restore the Lincoln Memorial; and $1 million to fund critical repairs to Belmont-Paul Women’s Equality National Monument. His latest donation, about $3 million in 2016, will fund the modernization of the Washington Monument elevator, which has been closed to visitors until the repairs can be completed.

Rubenstein isn’t alone. Donations from other individuals are helping to address the NPS maintenance backlog. The National Park Service Centennial Act, signed into law last year, permanently established the Centennial Challenge program, which provides a one-to-one federal match for private donations. This funding, though limited by the federal amount appropriated each year by Congress, provides resources for vital NPS projects, including many repair needs. A list of fiscal year 2017 Centennial Challenges can be viewed here.

While our national parks are ultimately the responsibility of Congress, public-private partnerships have played and should continue to play a role in ensuring that our National Park System continues to be “America’s best idea.” Congress should create more opportunities for such public-private collaboration, and the NPS should leverage its existing partnership authorities.

In this four-part series, I share a number of ways the National Park Service is working with the private sector&mdash;from for-profit companies and service organizations to philanthropists&mdash;to help eliminate an $11.3 billion repair backlog at our national parks, monuments, memorials, and historic sites. These partnerships are a vital part of efforts to restore and protect our most treasured places.