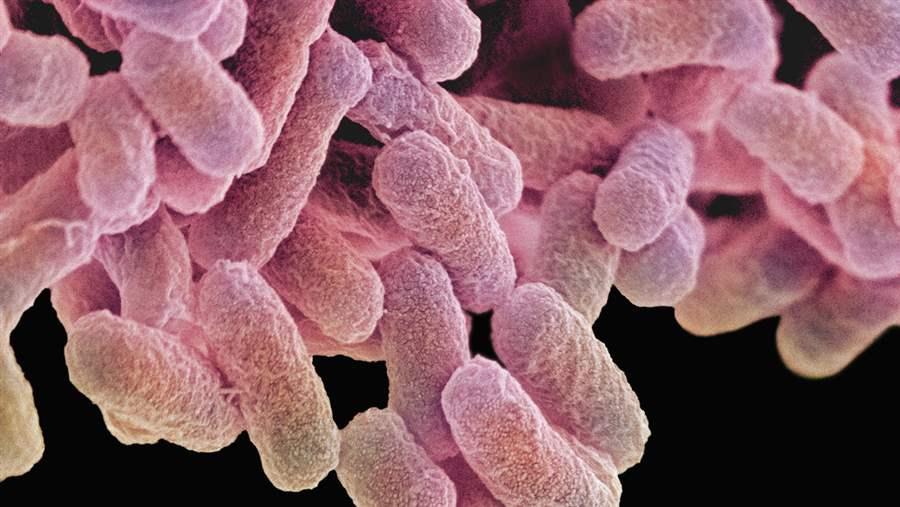 Numerous scientific studies provide strong evidence that antibiotic use on farms—as in any other setting—leads to the emergence of resistant bacteria.

A recent article I authored, together with several colleagues from The Pew Charitable Trusts’ antibiotic resistance project, systematically analyzes scientific evidence regarding the link between antibiotic use in animal agriculture and public health. Our review of the literature reaffirms what scientists have known for decades: Antibiotic use in animal agriculture, as in any setting, contributes to the emergence of resistance. While antibiotics are sometimes needed to protect animal health, these findings underscore the importance of discovering ways to minimize the need for antibiotics in food animals.

However, the connection between antibiotic use in animal agriculture and a public health risk caused by drug-resistant bacteria is a complex one, involving multiple steps and transmission routes, with various external factors able to influence how quickly resistance emerges.

Given this complexity, Pew’s analysis explores the essence of this issue in three key questions, synthesizing what is known and the strength of supporting evidence, and highlighting key areas where more information is needed.

Scientific findings show a relationship between antibiotic use on farms and a public health risk of drug-resistant infections in people, even if data to quantify the contribution of this compared to other sources, such as human health care, are not sufficient. In spite of the gaps in information, no doubt remains that antibiotic use in animal agriculture contributes to the problem of drug resistance and that these drugs must therefore be used judiciously.

Animal producers and other stakeholders have made important progress in recent years by taking steps such as eliminating the use of medically important antibiotics for growth promotion, expanding oversight by veterinary professionals, and advancing judicious use practices like antibiotic alternatives. But more work is needed to ensure that antibiotic use in livestock settings fully protects animal health while guaranteeing that these drugs remain effective for treating infections in both humans and animals for generations to come.