With roughly 11 million metric tons of plastic flowing into our ocean each year—a figure that could nearly triple by 2040 without urgent action—many people might view marine plastic pollution as an insurmountable problem.

The reality, however, is that the flow could be reduced by 80% over the next 20 years, largely through technologies, business processes, and policy models that already exist.

Those are among the top-line findings of a report my colleagues at The Pew Charitable Trusts and I—along with SYSTEMIQ, a London-based sustainability consultancy, and four thought partners—published recently. In that report, titled “Breaking the PlasticWave,” and in a corresponding paper in Science, we identified the sources of the problem and a credible pathway to solving it.

First, the sobering news: Our research found thatcontinuing what we dubbed the “business-as-usual” scenario would, in 2040, send enough plastic into the ocean to cover every yard of coastline in the world with 110 poundsof plastic. Further, we found that the commitments that governments and industry had made up to mid-2019 would produce only a 7% reduction in the annual flow by 2040.

However, all is not lost. We also analyzed a full “system change” pathway in which governments and industry around the world, working together and taking ambitious action, could achieve that 80% reduction.

A full system change would deliver a host of benefits, starting with a cleaner, healthier marine environment. Although the magnitude of the effects of plastic on ocean life are not fully known, more than 800 marine species are already known to be affected by marine plastic pollution, and numerous studies have found plastic particles in seafood. In addition, mismanaged plastic waste poses considerable health risks to local communities.

Notably, we found that reducing plastic production and consumption was the largest lever, and would lessen plastic waste generation by 30%. Improved recycling—mainly through product and packaging redesign and doubling mechanical recycling capacity worldwide—could yield a 20% drop. Substituting plastic with alternatives such as paper and compostable materials could cut marine plastic pollution by another 17%.

Our study also identifies how—by significantly reducing the amount of plastic produced and used, and scaling up collection and recycling, among other solutions—we can move toward a circular plastics economy, in which almost all plastic is reused or recycled.

This goal is achievable, but there are some challenges,

This lack of collection is one reason that only 15% of plastic was recycled in 2016 globally. Another reason is the higher cost of recycled—compared with newly produced—plastic. And low-value plastic, such as plastic wrap and condiment packets, are prohibitively expensive to collect and recycle, and often end up in the environment—and these items are projected to be the fastest-growing segment of plastic production.

Although some of these vexing plastics can be substituted with renewable materials, such as paper, coated paper, and compostable materials, companies will need to weigh the risks and trade-offs of doing so, such as land and water use, cost, and greenhouse gas emissions.

Overall, we found, striving for full system change could benefit the most stakeholders. Globally, projected plastic-related greenhouse gas emissions could be cut by up to 25% by 2040 if the world could decrease plastic production through our modeled interventions. Collectively, governments around the world could save $70 billion in waste management costs over the next 20 years. Businesses could seize emerging opportunities and work with government on improved governance and funding of the waste sector. And industry could reassess its plans so as to avoid lost investment in new plastic infrastructure.

For example, consumer goods companies could develop refill systems and other new product delivery models in place of single-use products. Companies could also use alternative materials to design products that are more easily recyclable or have less or no packaging.

Reducing the flow of ocean-bound plastic by 80% will require a societywide effort. The good news is that it would benefit marine life, the planet, and humans alike—and that it could happen within our generation.

Winnie Lau is senior manager of The Pew Charitable Trusts’ preventing ocean plastics project and the lead author of the article in Science. 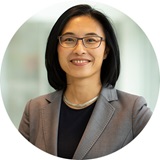