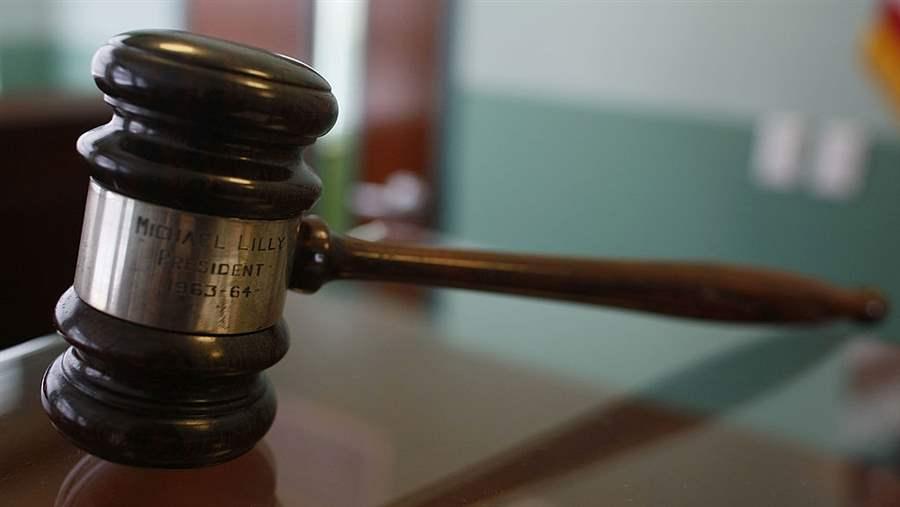 Many of the 70 million Americans with a record might be eligible to have it expunged but don’t take advantage of the opportunity.

In analyzing criminal cases in Baltimore last year, Maryland lawyer and software programmer Matthew Stubenberg found 23,386 instances in which people convicted of crimes could have had their records expunged.

He also found that people had petitioned to clear their records in less than a third of the cases — leaving thousands at risk of carrying a criminal rap sheet that could stand in the way of employment, housing, student loans or a professional license.

That’s not out of the ordinary, many legal analysts and specialists in expungement say. Many Americans are not taking advantage of a growing number of state laws that allow people to clear or seal their records of arrests and convictions for an expanding list of misdemeanor crimes, and even some low-level felonies, after they’ve served their sentences.

Part of the reason is ignorance of the remedies that the laws allow, part of the reason is the cost. In Kentucky, Louisiana and Tennessee, for example, filing for expungement of a criminal record costs around $500. And lawyers can charge thousands of dollars to do it.

“A lot of people might be eligible [for an expungement], but they might not know,” said Madeline Neighly of the nonpartisan Council of State Governments Justice Center. “They might not have access to the paperwork or someone to walk them through the process. They usually need civil legal aid. And in some cases it’s actually quite expensive to file for expungement.”

In response, legal aid groups like the Maryland Volunteer Lawyers Service, where Stubenberg works, have emerged to help provide free or low-cost help to people to clear their records. The City of Detroit earlier this month launched an initiative to help expunge records to help people get jobs.

And Stubenberg has created a website that allows people in Maryland to create their own expungement applications without using a lawyer.

Still Out of Reach

An estimated 70 million people have a criminal arrest or conviction record. And having even a low-level misdemeanor conviction on one’s record can stand in the way of getting a job.

So many states increasingly are taking steps to help remove stumbling blocks, including passing laws to expunge the records of many past crimes when people have served their sentences, paid their fines and continued to stay out of trouble.

Between 2009 and 2014, 31 states passed laws on expungement, many of which expanded the number of crimes that can be removed from someone’s record, according to a report from the Vera Institute of Justice, a nonprofit criminal justice research center. Many of the laws allow a record to be expunged or destroyed. Others seal or shield a person’s record from the public, making them accessible only to law enforcement.

This year, Pennsylvania passed a law that allows some misdemeanor convictions, such as disorderly conduct, to be sealed if the person goes seven years without a new offense. The state previously allowed expungements only for people over 70. Kentucky passed a law that allows the expungement of 61 felonies, such as some drug possession and theft charges, for people who stay out of trouble for five years after completing their sentences.

Many states have made the process of expunging a record less costly. In Maryland, for instance, it costs $30 in court costs to file a petition to expunge a record. Many states are in the $50 to $250 range, Neighly said.

But Kentucky’s new expungement law carries a $500 fee. State Rep. Darryl Owens, the Democratic sponsor of the law, called the fee an “obscene and punitive” last-minute addition to the bill.

In Louisiana, where the filing costs are $550, legal fees are often around $2,500, according to Adrienne Wheeler, executive director of the Justice and Accountability Center of Louisiana. The state largely funds its criminal justice system through court fees.

Fees that high can be prohibitive for people who are poor and struggling to get work, the people who may need expungement most.

“In some cases, someone who’s looking for work who can’t [get a job] because of their record may not have the money to pay to get their record cleared,” Neighly said. “It’s kind of a Catch-22 situation.”

Wheeler said many people she’s worked with to expunge their records in Louisiana didn’t think about starting the process until they were encouraged by a potential employer. “They’ll say, ‘I can hire you — if you get it expunged,’ ” she said.

Not everyone is convinced that the rush to expungement is good policy. Maryland Del. John Cluster, a Republican and a retired police officer, was opposed to a series of laws passed last year that expanded the number of crimes that could be expunged and sealed even when someone has been convicted of subsequent crimes.

He said the changes could give business owners the wrong impression about a job seeker, a view he based on looking at the records of people who had been arrested multiple times. In the case of one man with 26 convictions, Cluster said the law would allow him to seal 23 of them.

“As a business owner, you think you’re getting a guy who has had one or two arrests over the years when really, he has 26 of them,” Cluster said.

Less expensive legal and filing help increasingly is available for people who want their records sealed or erased. But they need to know it’s an option.

Legal aid and other nonprofits in several states regularly host expungement clinics that allow people to come in and get help from a lawyer, public defender or law student. And new mobile apps and websites can help people determine whether their crimes are erasable and match them with an attorney.

Wheeler’s group, in Louisiana, has created an app that can help connect people to a lawyer who can help for free or at a low cost, depending on their income. A San Francisco-based website matches people with a public defender who can help with expungement proceedings.

However, websites that allow people to create an expungement petition online are less common.

The site that Stubenberg created allows people in Maryland to file their own petitions, paying $10 in addition to the $30 court fee for each case. But the site is mainly used by lawyers, mostly attorneys working for nonprofits, who rely on it to automate what would otherwise be a longer process.

Michael Hollander, a programmer-turned-lawyer who now works with Community Legal Services in Philadelphia, created a site in 2011 to avoid the tedious process of filling out the forms at expungement clinics, where people come to get legal help.

Hollander said his program helps pull a person’s cases, personal information and criminal history and creates a petition almost instantly, something that has eliminated errors in the paperwork.

Unlike Stubenberg’s public site, only lawyers working on expungements for free are able to log in to Hollander’s site. He has contemplated making the website available to the public, he said, but thinks it best to have a lawyer shepherd people through the process.

Jason Tashea, the founder of Justice Codes, which aims to improve the use of technology in criminal justice, said there are good reasons for that.

“The legal system can be overwhelming and foreign,” he said. “The language sounds different, the procedures are different, but everyone around you seems to understand it. A lawyer is kind of like a Sherpa through the process.”