New Jersey Gov. Chris Christie’s appointment of an emergency manager to oversee financially distressed Atlantic City is among numerous state efforts to intervene in troubled communities to help them recover. 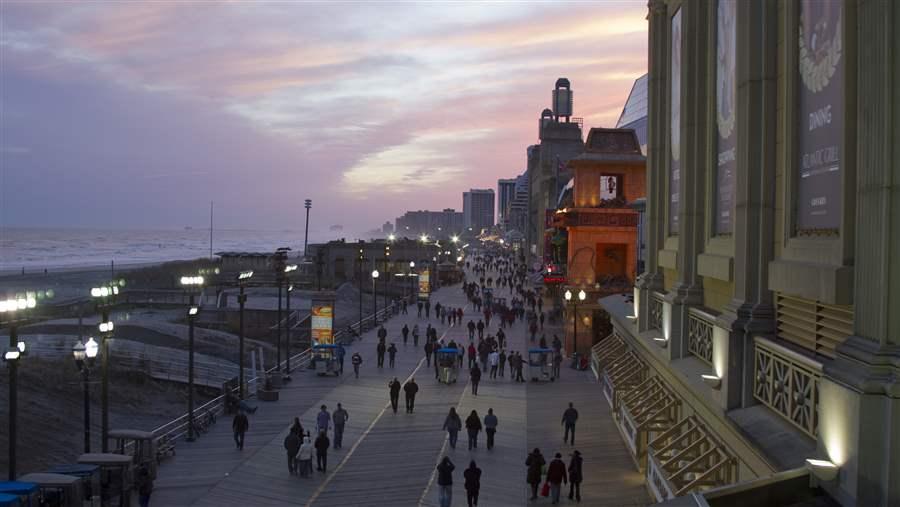 The Republican governor’s decision to appoint an outsider to run Atlantic City instead of its elected mayor and city council reflects the state’s historically strong oversight of local government finances. Nineteen states allow interventions but few are as active as New Jersey. Michigan is another, and Christie said he was influenced by Republican Gov. Rick Snyder’s naming of an emergency manager to successfully steer Detroit out of Chapter 9 bankruptcy protection. Christie asked Detroit’s emergency manager, Kevyn Orr, to advise Lavin.

Atlantic City is not insolvent, but the state-appointed monitor already in place has not been able to relieve the fiscal strain that had been building for years. In announcing the takeover, Gov. Christie said he could not let the city’s finances deteriorate any further and wanted to act before the city was broke. Most states react to local government fiscal emergencies in the late stages of a crisis instead of proactively trying to prevent them when the first signs appear, according to research by The Pew Charitable Trusts. [Pew publishes Stateline].

As has happened in other cities, the appointment of an emergency manager has escalated the tension between state and local elected officials. Atlantic City’s leaders have objected to an unelected official stepping in to do their jobs. The city council approved the mayor’s economic recovery plan in December; now that plan is uncertain.

After taking over as Detroit’s emergency manager in 2013, Orr faced a similar backlash from elected officials, public-sector unions, residents, and other stakeholders. He neutralized the opposition by reaching out to all of them to lay out the financial challenges facing Detroit and why everyone would have to make painful sacrifices to shore up the city’s finances. A result of the outreach was an agreement among state taxpayers, private donors, and foundations to raise $800 million to save the Detroit art museum’s collection from being sold and to offset deeper cuts to city workers’ pensions. It also helped speed the bankruptcy restructuring plan through the federal court in 17 months, the judge said.

New Jersey’s intervention in Atlantic City follows a tradition of state assistance to local governments that dates to the Depression.

The state’s efforts include a monitoring program in which cities must submit their annual budgets to state officials for review before local officials can adopt them. State officials say they want to make sure New Jersey’s cities can pay their debts in full. Through the ups and downs of the economy, no New Jersey city has failed to make its debt payments in over 80 years, according to the state Division of Local Government Services. Even if a city wanted to file for bankruptcy protection, New Jersey makes it difficult by requiring state approval — which has not been granted in over 80 years.

Unlike most states, New Jersey backs up its technical assistance to local governments with dollars, although Christie has scaled back the so-called “transitional aid” program because he said cities were relying on the cash as an appropriation instead of managing their budgets.

Christie is hoping Atlantic City will follow the same path as Camden, another distressed city the state has helped.  The state named its own superintendent to take over Camden’s low-performing schools in 2013 but has largely left it up to the mayor and county government to restore the city’s finances. Their biggest move was dissolving the police department and creating a Camden division under the county public safety office with 400 officers for what 260 officers cost under the previous city arrangement. In addition to the savings, the rate for murders and all violent crime has dropped.

The challenge for places like Camden and Atlantic City is to move beyond the short-term difficulty with a long-range plan that matches expenses and revenue over several years while also investing in policies that promote economic development. That won’t be easy, but at least those cities know they can count on the state’s help.