When it comes to improving the U.S. dental care delivery system, the issue that usually takes center stage is how to cover the nearly 127 million Americans who lack dental insurance. A recent report from the federal government suggests we should also be concerned about something else: a dentist shortage.

In every state, the supply of dentists is not meeting the demand for care, and this shortage is expected to intensify over the next 10 years, according to new research by the Health Resources and Services Administration (HRSA), part of the U.S. Department of Health and Human Services. The federal government’s report projects that by 2025, the dentist deficit is expected to double – an additional 15,600 full-time equivalent dentists will be needed to meet the demand for care, despite several dental schools opening and new dentists being added to the workforce. The greatest shortfalls are expected to be in California, Florida, and New York. 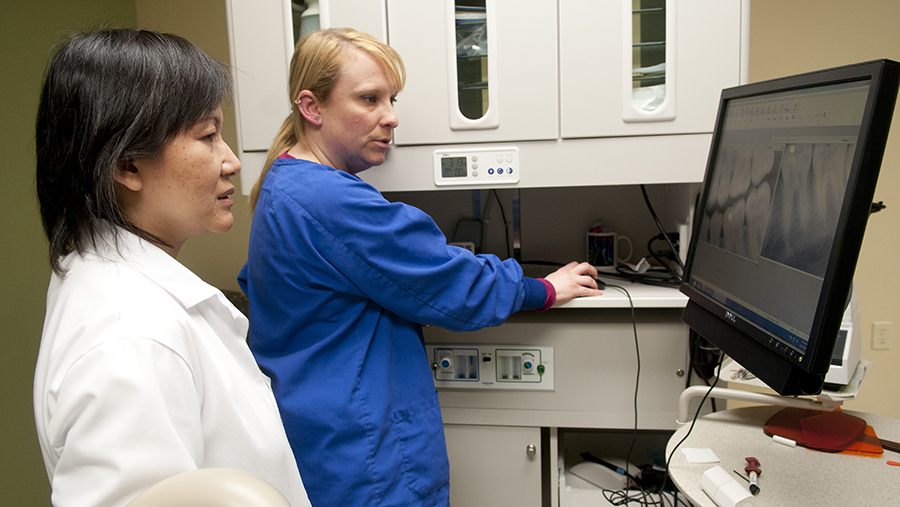 These estimates likely underestimate the dentist shortage because they do not account for an expected uptick in dental care demand fueled by the Affordable Care Act. According to the American Dental Association, an additional 8.3 million adults were eligible to gain some level of Medicaid dental benefits in 2014. HRSA’s new report elevates the concern that expanding dental insurance to more people may not translate into access to care if there are too few professionals to provide it.

Currently, a maldistribution of dentists leaves thousands of communities with shortages. There are more than 47 million people living in areas of the country designated by the federal government as having a shortage of dentists. This situation is worse for the 71 million children and adults who rely on Medicaid and the Children’s Health Insurance Program. Only about one-third of dentists cared for patients on public insurance  in 2013, according to the American Dental Association. In addition, many adults on Medicaid have limited or no dental benefits. While state Medicaid programs must provide comprehensive dental benefits to children, they do not have to cover adults. Although 46 states and the District of Columbia offer some dental coverage to Medicaid adults, only 15 offer comprehensive benefits.

Low payment rates and burdensome paperwork are two major reasons for why dentists avoid Medicaid. In 2013, the average Medicaid fee-for-service payments for children’s dental services were only 49 percent of commercial fees.

Provider shortages lead many to put off needed dental care until it reaches a crisis. In 2012, there were more than two million dental-related visits to hospital emergency rooms – most of them for preventable conditions that could have been addressed earlier in a dental office. The cost for this care was about $1.6 billion. One national study found that from 2008-2011, 101 people who went to the ER for a dental problem died there.The vast majority had no other medical conditions.

States are exploring a range of remedies to address the provider shortage, from raising Medicaid reimbursement rates to diversifying the dental workforce. For instance, in 2008 Connecticut raised Medicaid reimbursement rates for children closer to those of private insurance, streamlined the administrative process, and launched a dentist recruitment campaign.  This combination of efforts led to a higher number of private dentists participating in the program by 2011.

About 15 states are looking to authorize midlevel dental providers – similar to physician assistants on a medical team – to perform preventive and routine restorative care such as filling cavities. Often called dental therapists, these providers are currently operating in more than 50 countries and two states in the U.S. – Minnesota and Alaska. Maine is the latest state to authorize them. Studies have found that they offer a cost-effective way for dental practices to serve more Medicaid and uninsured patients. Pew’s children’s dental campaign has been engaged with partners in several states to help support the expansion of midlevel dental providers.

Teledentistry is another possible strategy. This approach allows dentists to send other providers – dental assistants, hygienists and dental therapists – to off-site locations such as schools, nursing homes, and satellite rural clinics. This can make it easier for many to get dental care, including patients who can’t travel. Dentists supervise staff and advise on treatment decisions using a range of audio, visual, and information transfer technologies.

As the need for dental care continues to surpass supply in the next decade, more states will likely be exploring strategies to make care more available.