On April 7, the White House hosted a virtual summit to kick off a “Year of Evidence for Action,” with a number of events and initiatives dedicated to enhancing evidence-based policymaking by the government. A key message emerged: Federal agencies want to engage with new partners and get them more involved in building the evidence that informs government policy and programs.

Agencies are kick-starting a new level of public engagement through learning agendas. These systematic plans identify and address priority questions that agencies need answered to improve the evidence informing government programs, policies, and regulations. As agencies developed their plans, the White House asked them to incorporate stakeholder engagement using transparent, trust-building, and equity-advancing methods such as participatory research and listening sessions with those individuals and communities affected by agency policies. Some plans went public in late March and will hopefully help spur the development of new connections and partnerships between government, nongovernmental research institutions, and local community partners.

Such partnerships are a promising tool for building trust with communities and advancing equitable health and social outcomes. However, institutional barriers often prevent partnerships from reaching their full potential. The Pew Charitable Trusts’ evidence project has made inclusive stakeholder engagement a focus in its public convenings and co-hosted a virtual roundtable with the Robert Wood Johnson Foundation, “Community-Engaged Research Partnerships and Institutional Transformation,” on May 2 (access event recording here). The panel featured researchers and community project leaders from three university-community partnerships that are focused on health equity, environmental justice, and discriminatory policing sharing how they’ve made their projects a success despite roadblocks.

This roundtable grew out of a conversation that Pew co-hosted with the Urban Institute last December on inclusive evidence-building and stakeholder engagement, highlighting the importance of making these endeavors more inclusive. Historically, too many communities have been left out of the process of making evidence or having a say in how it is used.

Based on advice from roundtable participants, here are five tips for institutions seeking new partnerships in building evidence to make their stakeholder engagement activities more inclusive and equitable.

As the Year of Evidence for Action unfolds between April 2022-April 2023, Pew will continue to highlight inclusive partnerships and other participatory strategies to improve research use in policy and promote more equitable outcomes for the individuals and communities affected by those policies. 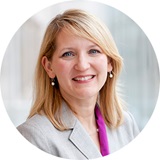